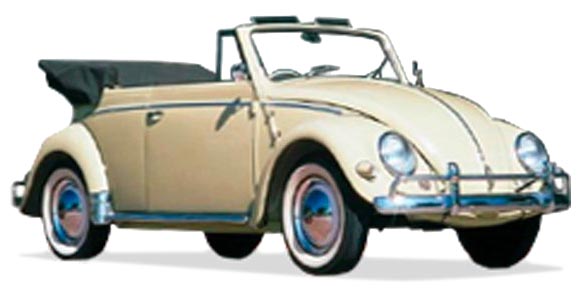 Just Kampers have over a thousand parts and accessories in stock for your Volkswagen Beetle Cabrio, so you're sure to find what you're looking for! Back in 1948, Wilhelm Karmann bought a VW Beetle and converted it in to a Beetle convertible which still had the space for four passengers. The bosses at Wolfsburg must have been impressed, because the iconic VW Type 1 Beetle Cabriolet began production in 1949, and was designed for mass production by Karmann himself, who later helped produce the Karmann Ghia. The Beetle Karmann Cabriolet went through many changes in the 31 years that it was in production, and in that time 331,847 were created before production ended in January 1980.

Can't find what your looking for?