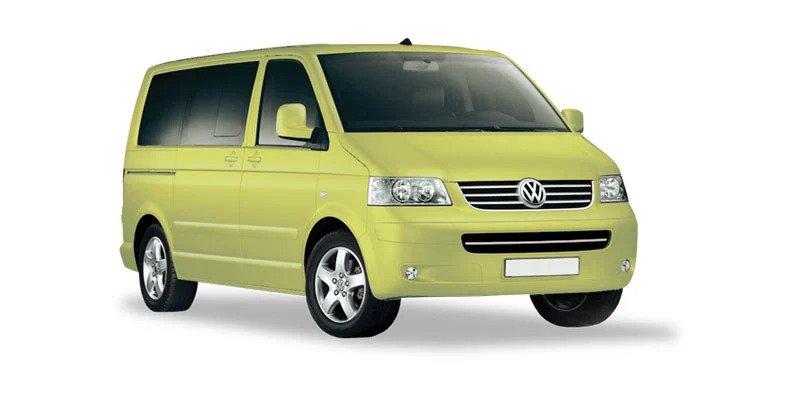 History of the Volkswagen T5

April 2003 saw the Volkswagen T5 replace the T4 and was the fifth generation of VW Transporter, available as a medium sized light commercial vehicle and people carrier with petrol and diesel engine options as well as a choice of front wheel drive or 4 wheel drive, known as the 4motion.

Built at the dedicated Transporter factory in Hanover Germany, it was available in SWB (Short Wheel Base) or LWB (Long Wheel Base). The range (excluding custom built models) consists of:

A new move by Volkswagen Hannover saw the start of production for the very first time of a VW produced camper, which was called ‘The California’. Sporting a 4 berth interior and elevating roof it competes directly against the independent convertors of Transporters onto Campers such as Reimo in Germany and Bilbos in the UK.

Again, as with its predecessor the T4, it became a firm favorite of the vehicle conversion companies. It has been made into refrigerated vehicles, police and ambulances, taxis, disability vehicles with wheel chair ramps etc.  JK offer a range of interior camper conversion parts for T5 panel vans and Kombis.

In June 2009, VW announced the one-millionth T5 rolled off the production line in Hanover.

Later the same year in September 2009 the T5 was revised with a facelift and new engine and transmission options including a 7 speed (DSG) double clutch gearbox.