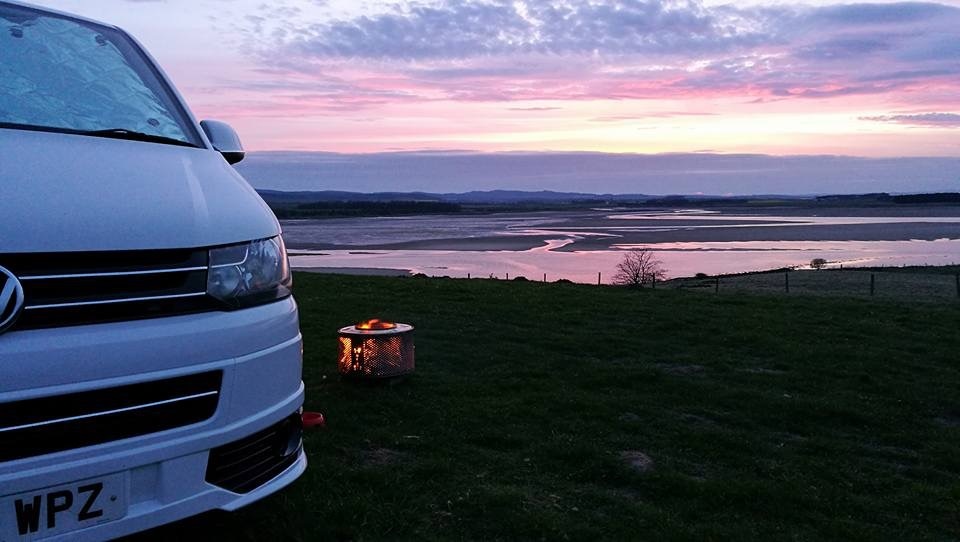 Just Kampers Written By Zoe Walker
More from this author 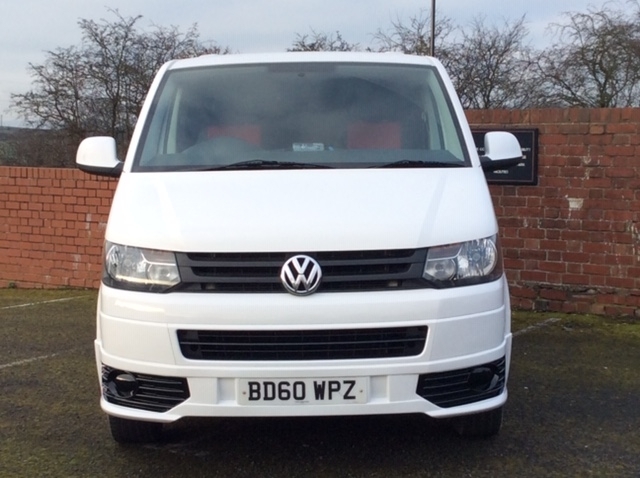 I always wanted a campervan, but could never really afford one. Eventually I saved the funds to buy one so off we went searching. One evening we drove a 4 hour roundtrip to Liverpool to view one. We pulled up and instantly could see it wasn’t the one for us as the panels were multiple shades of white (so much for the seller telling me it was in great condition) .

After this the boyfriend was getting fed up of searching and said you're never going to buy one so stop looking. So I did (for a short while). Anyhow about a month later we arranged a days drinking session in Glossop with my cousins. My cousin rolled up in a white T5 that took us both by surprise as he had swapped his westfalia. This set me off again wanting one.

Two weeks later we found the right van that met my budget. The guy I bought it off buys vans from companies that have been leased for 3 years. The essentials, water pump and timing belt had already been replaced. Turns out my fella knew him from the motor trade. 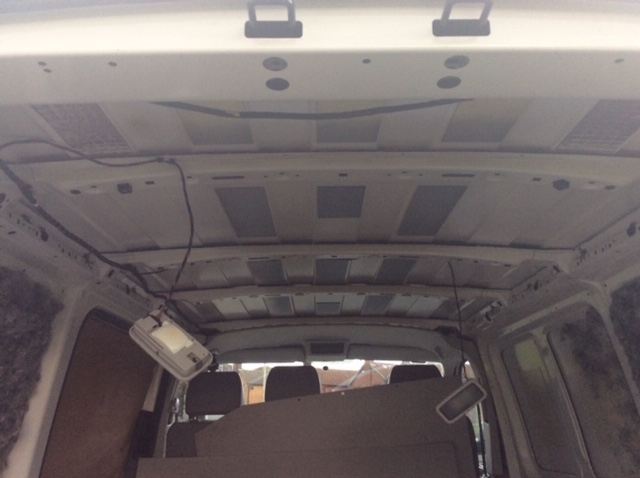 We made a start on it, firstly grabbing the grinder to remove the bulkhead.
For a whole year evenings & weekends were spent slowly converting Victor. We would use the Van for occasional trips, using the usual camping equipment. Until we decided on the layout we wanted. We both agreed a full width bed was essential so we had quality sleep. Sleep deprivation sucks.

Our first trip up in The Lakes was a disaster, it rained heavily all weekend and the boyfriend moaned as he got soaked cooking breakfast but then we had more adventures and got to know what worked for us.

Victor was booked in for the carpeting and lighting. They let us down at the last minute, so the boyfriend said “bugger that I'll have a go myself” We began purchasing things; carpet, wiring, internal lights, relay, leisure battery, etc. He did a grand job, my mate even asked if he could carpet his van.

For a while it felt like nothing was changing; the paintwork was still visible inside, with wires and light feeds hanging down from ceiling. It looked a huge mess in the back. Then we slowly started to see changes in Victor. 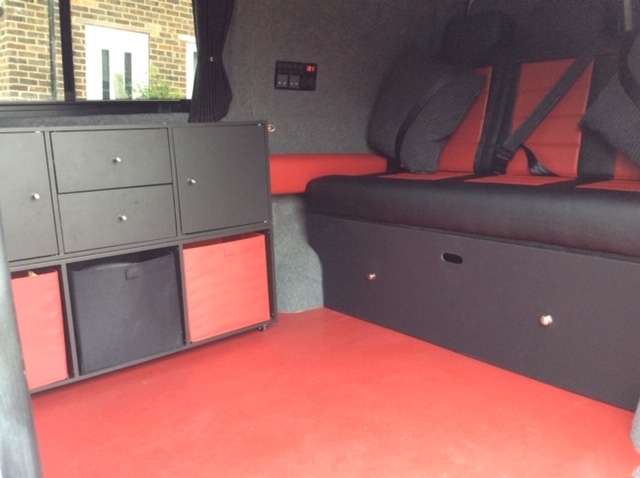 After a year the van was completed. Road trips and adventures began. I love the freedom it brings. I'm an outdoor person, so it compliments my personality and passion for being out in the great outdoors, whether that be cycling, walking or photography! 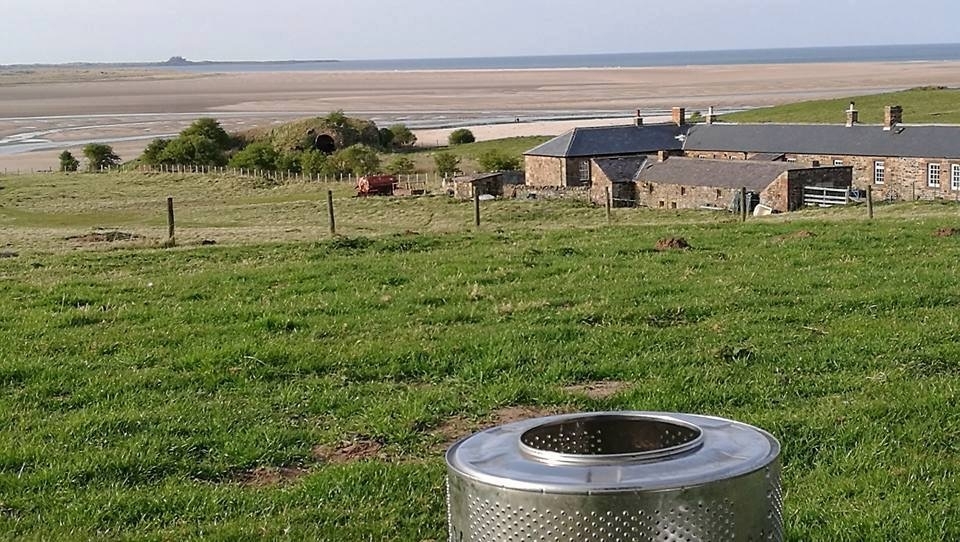 We've had lots of road trips in Victor; East Coast, Lake District, Wales, Anglesey, New Forest, an overnight trip across to the Isle of Wight, the North Coast 500 route which was amazing - seeing the snow on tips of the mountains, waking up at the base of a ski village in the Cairngorms. On another stop at the base of Ben Nevis had a homemade fish n' chip supper. At Cocoa Mountain in Durness we had the best hot chocolate ever! Divine!

Victor is also used for stopovers at times for work, where I travel to various cities to deliver safer urban driving courses getting HGV drivers onto bicycles to see how it feels as a vulnerable road user. I have also been approached to be the Official photographer for Open Water Swim events at lake Bala, Windermere and Coniston as well as the GB IISA Championships.

Currently we're on our longest road trip. We have toured Somerset, north/south Devon, and then moved onto to Cornwall to meet the family for a week. The boyfriend is kindly flying back home (as he has work). I’m then continuing the trip solo around the coast of Cornwall for majority of August. I recently decided to learn the acoustic guitar to strum on, on an evening. We never plan our trips, just simply drive and rock up wherever.... Whether it's in a car park, "Britstop", cafe, farm, and the occasional campsite to have a clean up, seeing lots of beautiful surroundings and beaches depending on where we are. 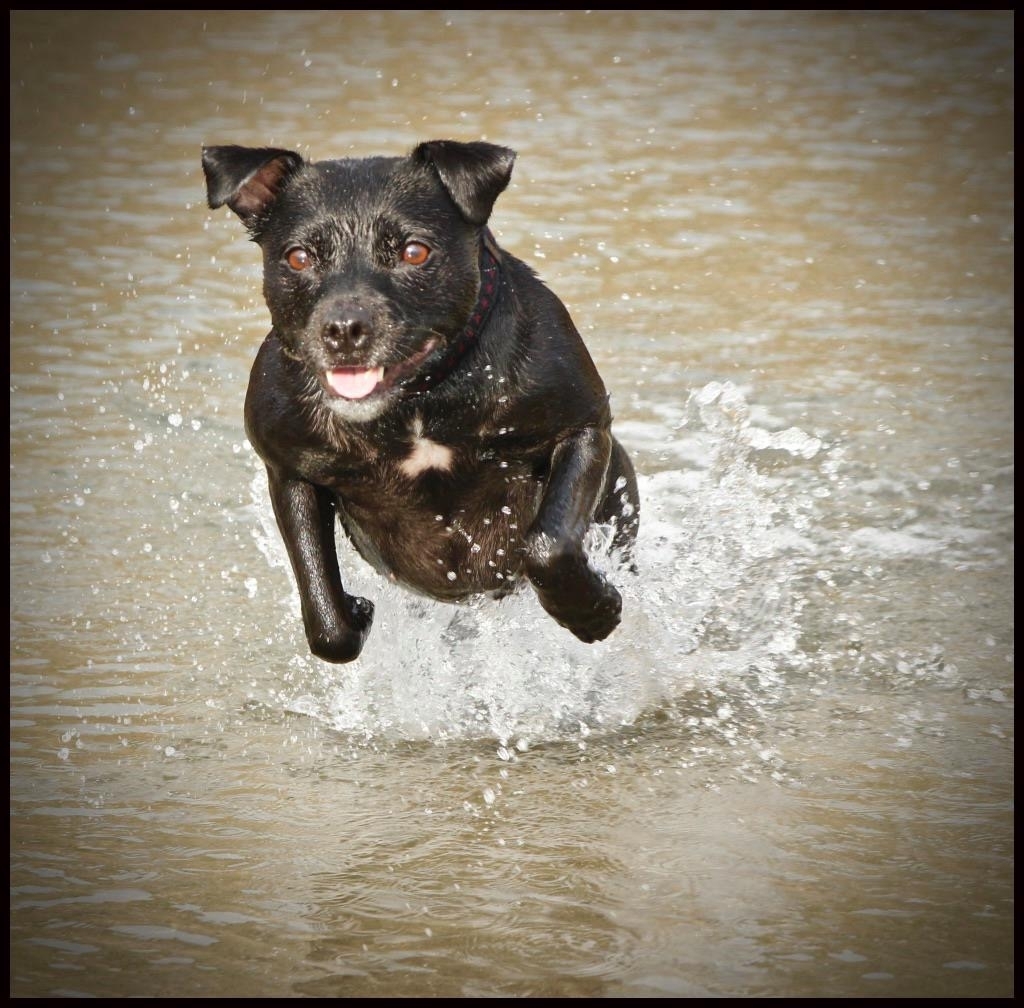 I've navigated pretty much the whole of the UK, solo the majority of time, due to the boyfriends work schedule. I work part time so I have a great work-life balance, of which quite a few people are jealous and envious. On my trips he'll often get a phone call, which usually goes something like "do you mind if I stay an extra night? "