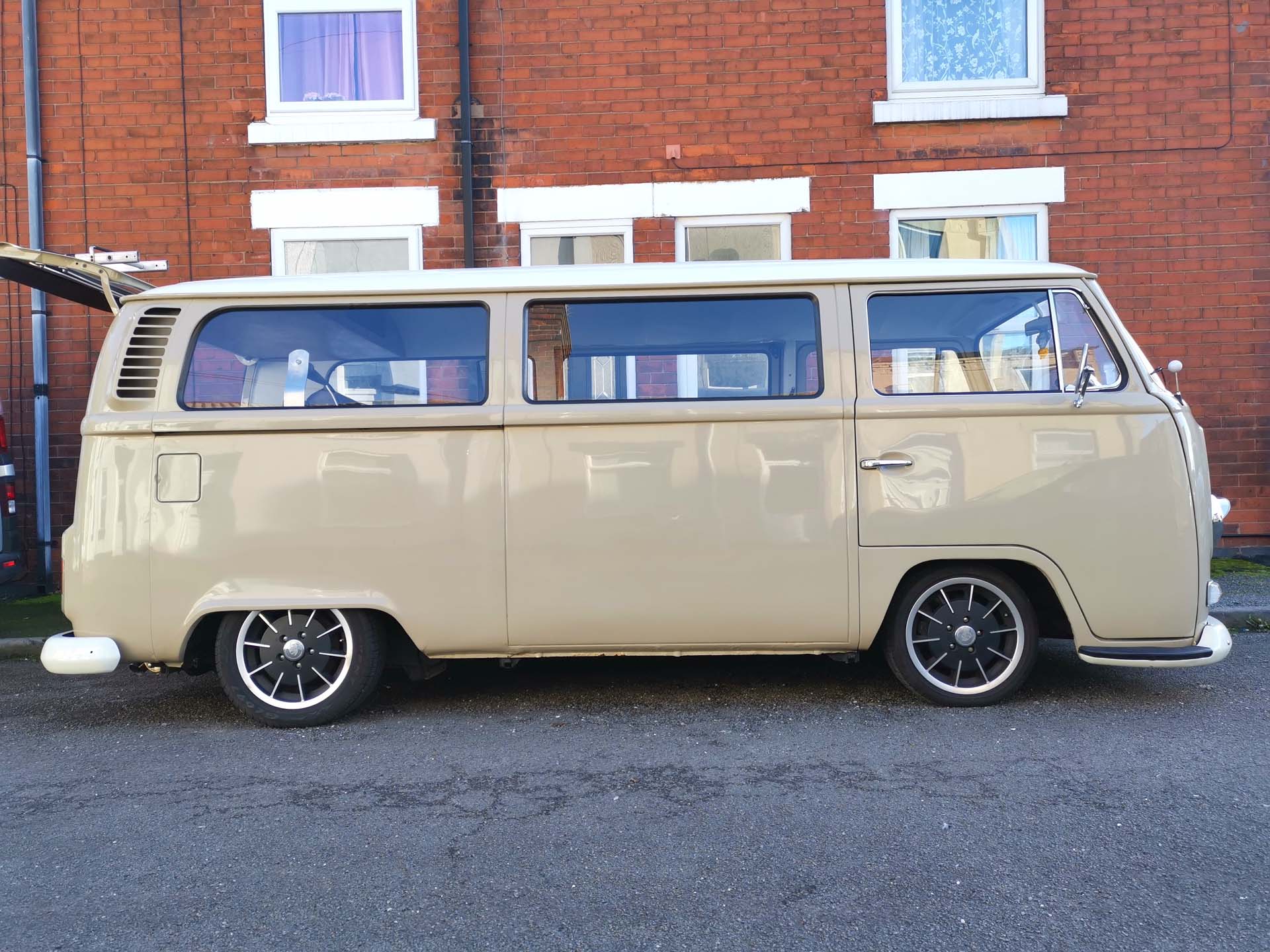 Mileage: 5,000 miles on the new engine. Unsure on the shell.

Me and my wife bought the only bought the bus around 6 weeks ago. We have always wanted one and thought why not lets go for it. We managed to pick the bus up pretty local from Rotherham.

The first thing was to give Ruby a face as she was missing her front badge.

The second thing we did replace the exhaust as its was scraping on everything and getting us stuck. We replaced the phat boy exhaust with a vintage speed tuck away.

I had to replace the front two door handles as one of the locks were snapped.

My next fix is the indicator stalk as when we went to view the bus, my twin boys decided to lean on the stalk and it snapped off before I had even purchased Ruby! After a few weeks of scanning the Internet for an original replacement part I managed to find one on a Facebook group for a steal.

I also have front seat belts to fit ready for some road trips next year.

Our future plans for the van are to run a wedding chauffeur business (already in progress) our business is called Whittakers VW Camper Hire and we are based in Chesterfield, Derbyshire.

We also plan on some weekends away in the bus as a young family.

Your Name(s) Jack and Becky Whittaker

I have owned a few VW’s

I have always been a petrol head. My dad owned many cars during my childhood so as soon as I was old enough to drive I started going to all the shows and the VW ones are the ones that got me hooked.

So far we have mainly been to churches and halls due to being a wedding vehicle. Next year we will see some coastlines for sure.

As we haven't owned the bus to long so far she just amuses us getting stuck due to her being so low.