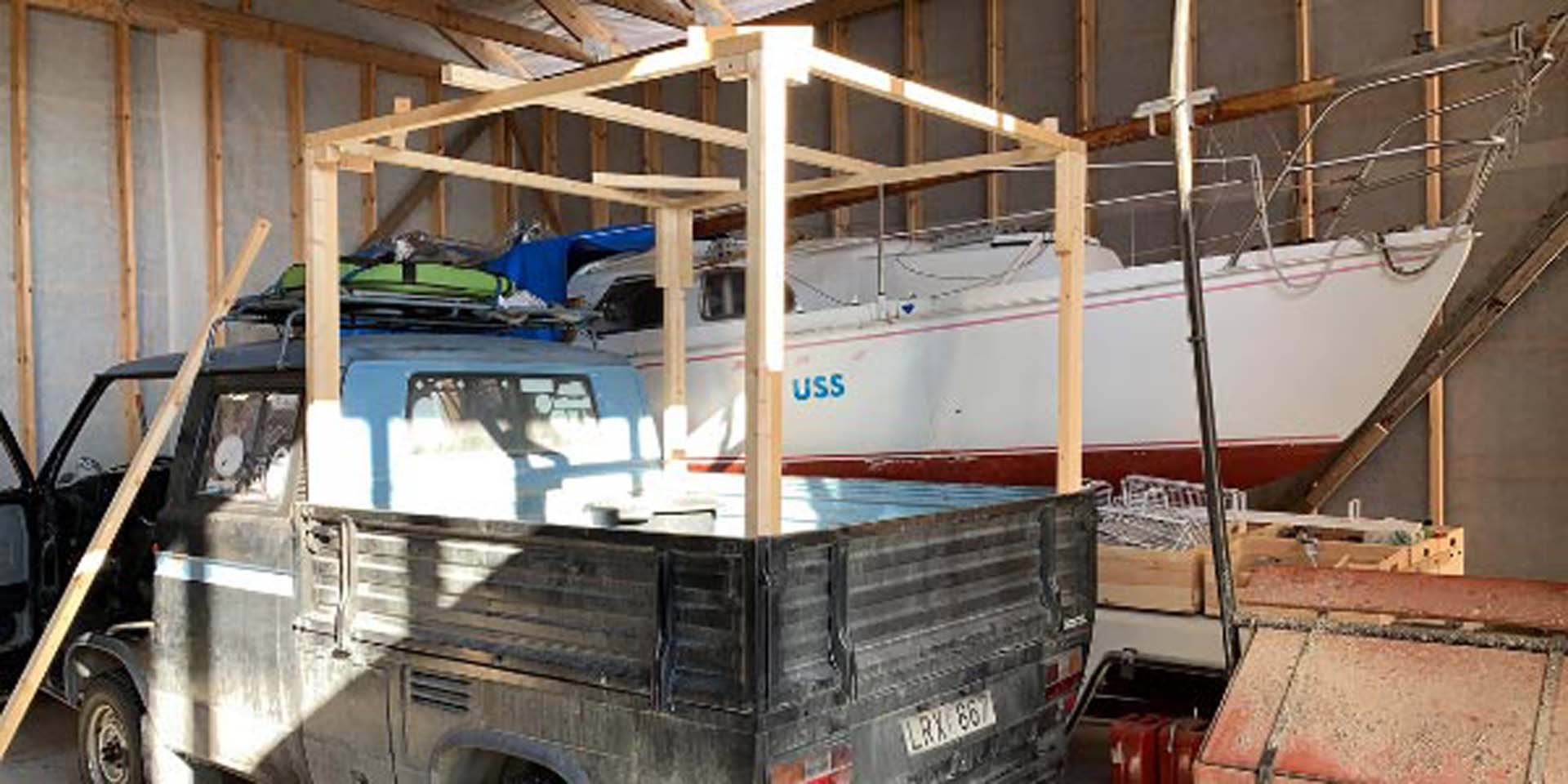 Just Kampers Written By Tamas Langley
More from this author

Fuel Type: Diesel 1.9 normally aspirated diesel which I believe may have come from a Mk 3 Golf.

Her name is Louie. Named after my biological Mother who was forced by her mother who was a high ranking officer in the South African Salvation Army, to give me up for adoption. She has apparently had a hard working life on the mines in Kiruna and environment for many years.

Well... I have replaced and fixed the following:-

We are going to take the van on a European road trip as well as Morocco, European Russia and the UK.

Before that we still need to build, install or replace the following:-

What have you bought from Just Kampers

My name is Tam, originally from South Africa, and have lived in SA, Namibia, Israel, England, Scotland, The Outer Hebrides too, Wales, and now Northern Sweden. Have traveled to a few other contries as well! I really love VWs and can honestly confess that I am seriously NOT GOOD at all things mechanical.
I have ideas aplenty though...

Absolutely not! How could you even think such a thing?

Sadly not right now. Wouldn’t mind a collection of T3s in every conceivable configuration known to mankind

Well... me of course! And my fiancé once Louie is up and running. My Swedish fiancé Hanna is rather excited with Louie and is VERY happy with the hobo pod.

I have driven from Ålvsbyn to Blidö, an island a little north of Stockholm as well as from Luleå to the three borders area where Finland, Norway and Sweden meet. And obviously a lot of driving to Jokkmokk and such areas in the near Arctic.

A couple of years ago I found myself between abodes so my van became my home in the forest for 5 months. Much canoeing and walking was done during that summer.