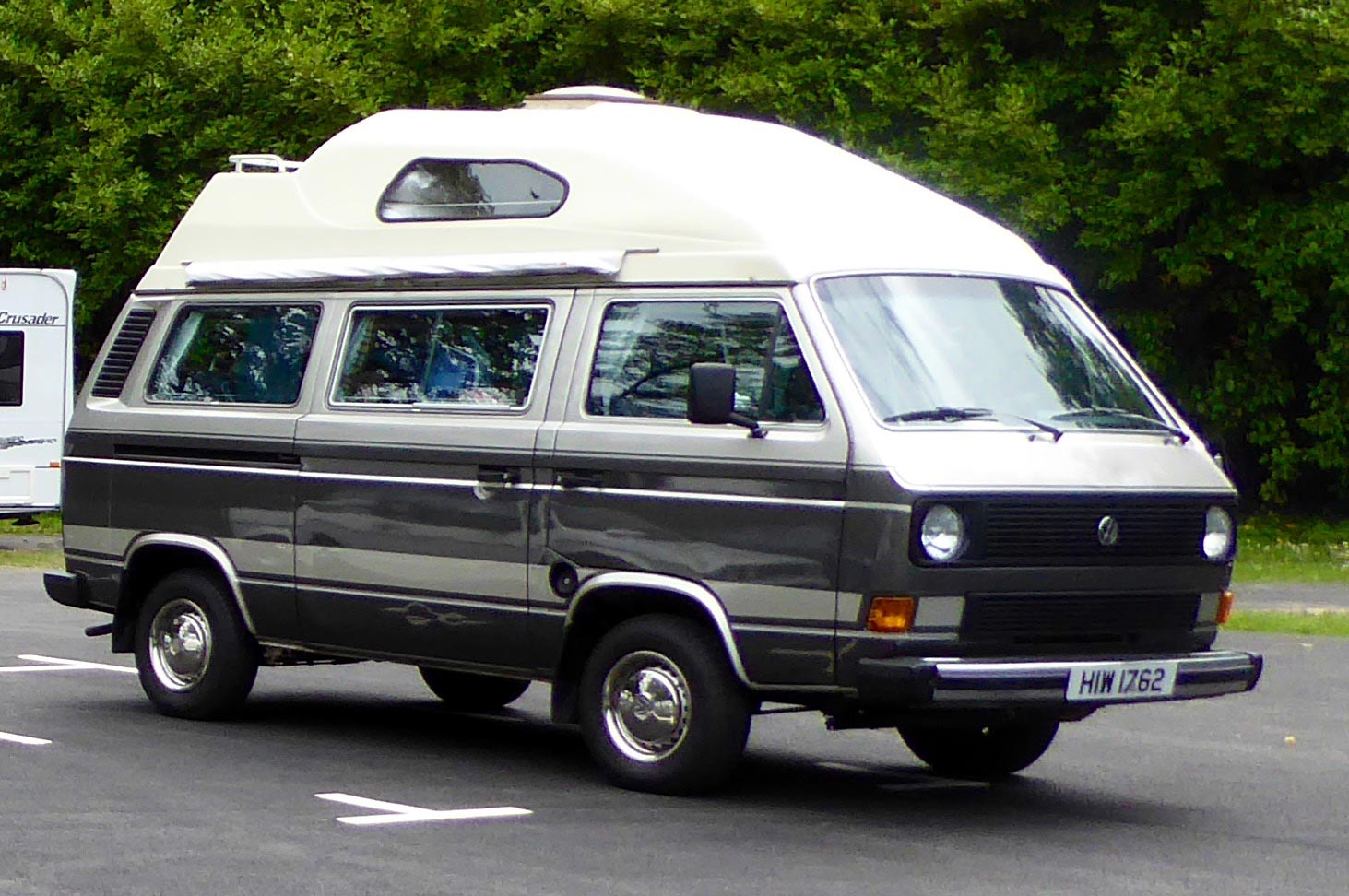 Bought it in 2016 from Downpatrick, County Down from on-line advert. Went immediately the next morning after rearranging work schedule. Impressed by lack of rust in such a wet country.  Van drove great, however, slight oil leak from engine and needed a general bit of detailing across most areas. I did like the two-tone paintwork- thought it was quite unusual but well designed.  The seller also had a significant amount of up to date paperwork, which gave bit of reassurance. Once I reconciled the fact it was LHD, I gave it the green light and did the deal.

Firstly, the van got a much deserved wax and polish. Decided to change the Caravelle Wheel trims to VW Chrome Hubs and Beauty rings; Re-upholstered the rear seat and luggage area in a well matching vinyl leather effect, done by a local company Glengormley Upholstery- they did a superb job at £200, a fraction of what it could have been.

After about a month, the van gradually acquired a misfiring issue when at running temp. Started to think I had bought a "lemon". This is now where I become very familiar with the Wasserboxer engine. Went through a process of elimination replacing fuel pump, fuel filter, ignition amplifier- but no improvement!! Decided to go back to basics: With the help of my wife Paula, checked the spray pattern from injectors, checked cylinder compression values, but still no culprit!!. I did however notice one of my injectors was blackened somewhat, so popped off the rocker cover, nothing obvious initially but noticed that one rocker adjuster nut was showing less threads. Eureka!!!

That was it!! After previous owner's engine rebuild, one valve had not had its proper final adjustment. This was make or break. Readjusted the valve and problem was solved and has been running perfectly for last 3 years, otherwise I would have had to let it go. 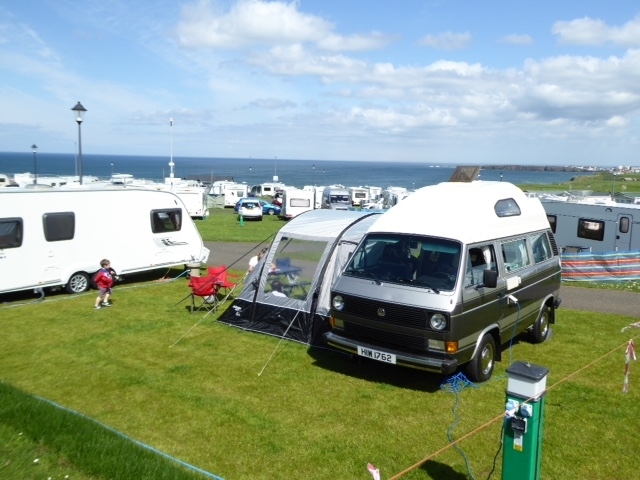 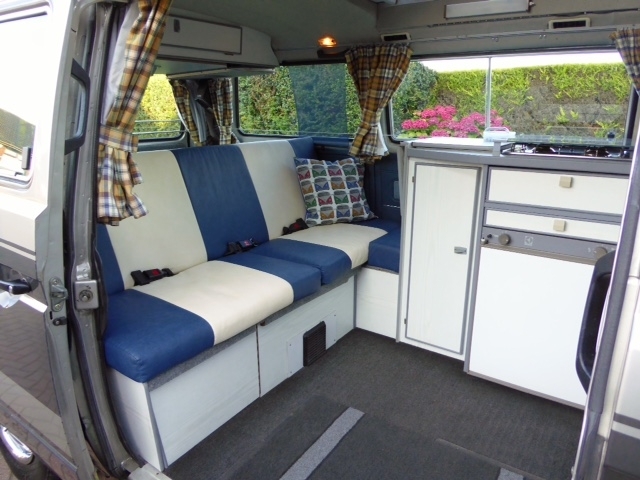 We also had a "phantom" water leak. Couldn't understand where it was disappearing to, until one day it braked sharply in driveway and there was a splash of water from front of van.! Water had been leaking from heater control valve into the spare wheel acting as a dish. Eventually sorted out oil leak by changing Push Rod tube.

By 2018 we had elevated condition and reliability of the VW camper to that of a modern vehicle. However throughout the first 2 years of work, we had uninterrupted camping trips, venturing further as we got to know the van. Never let us down once, even without breakdown cover!! Guess we were lucky!! 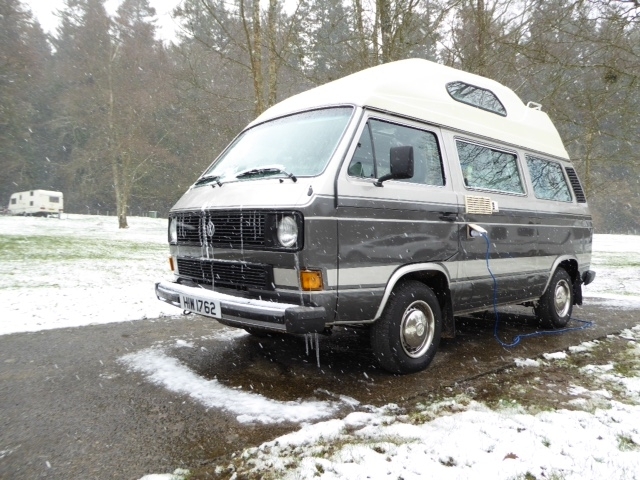 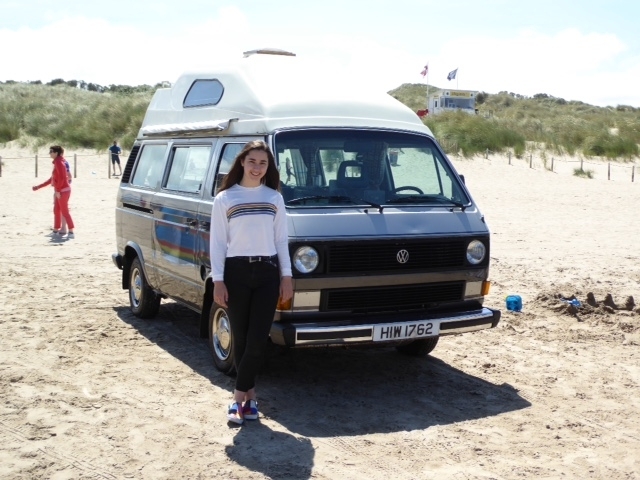 Originally there was a fixed/drilled bike rack that one of the previous owners kept back from the sale. This has left several studs on boot lid. Next on the list is to fit a Fiamma Bike Rack as my wife and son have just taken up cycling.

Is this your first VW? My first VW that I've owned.

Do you own any others? We have a Volkswagen EOS and an Audi A6

I've always been surrounded by people who love VW's over the years.
My eldest son, Brent who is only 18, had been persuading me for years to buy a VW camper. This I believe started after I bought him a Lego VW T2 Splitscreen campervan. He had been working on me for some time, when I started looking for a T25, ruling out a T2 Bay on cost and availability in NI.

Myself, my wife, two sons and daughter.

We are regular visitors to some of the most beautiful tourist attraction sites in Northern Ireland such as Portrush, Giants Causeway, Bushmills, Mourne Mountains and Enniskillen to name but a few.  I would also take it out at weekends to local beach trips with my youngest son. I'm very conscious of not laying it up for too long, as it is not in storage, but kept on our driveway.

In 2017, we went to Castlewellan VW Dubshed event, while booked into campsite. During event we had a few admirers. One couple spent bit more time looking at van, than others.
I went over for a chat to find out that they were previous owners 15- 20 years ago. They gave me the full run down on its history- travelled extensively in the VW to France, Spain and Ireland. It was quite emotional for them and don't think they had seen the van looking so good!

Our Kamper has served us exceptionally well. One time while on a camping trip to Bushmills, my 4 year old son took ill and had to be admitted to the Causeway Hospital and kept in overnight. I ended up staying overnight in the camper, in the hospital car park. A very unusual experience. Everyone was fine and went home later the next day. 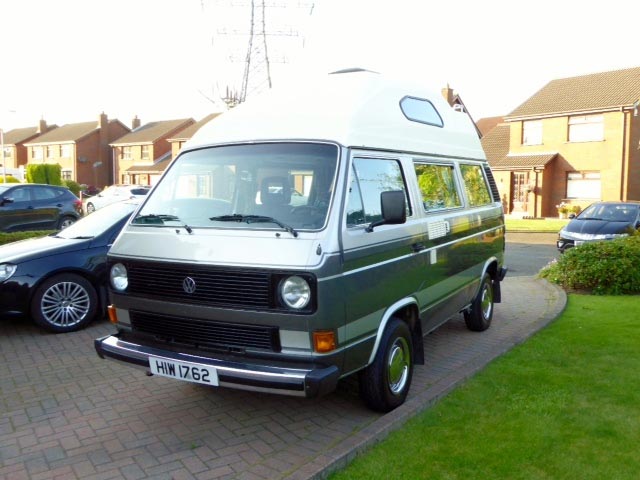 This will give great hope and enthusiasm to anybody who owns or is thinking of buying a VW camper. While into my 4th year of ownership, I have carried out all repairs (as above), on the privacy of my own driveway. Not once, have I had to loosen the reins and take it to a garage, although it came close a few times. This is the beauty about the ownership of these classic vehicles- "having a go" with some amateur engineering skills, basic tool box and great product support from on-line specialist companies like Just Kampers.  Best thing I've done in years!!! And a big Thank-You to  Just Kampers.