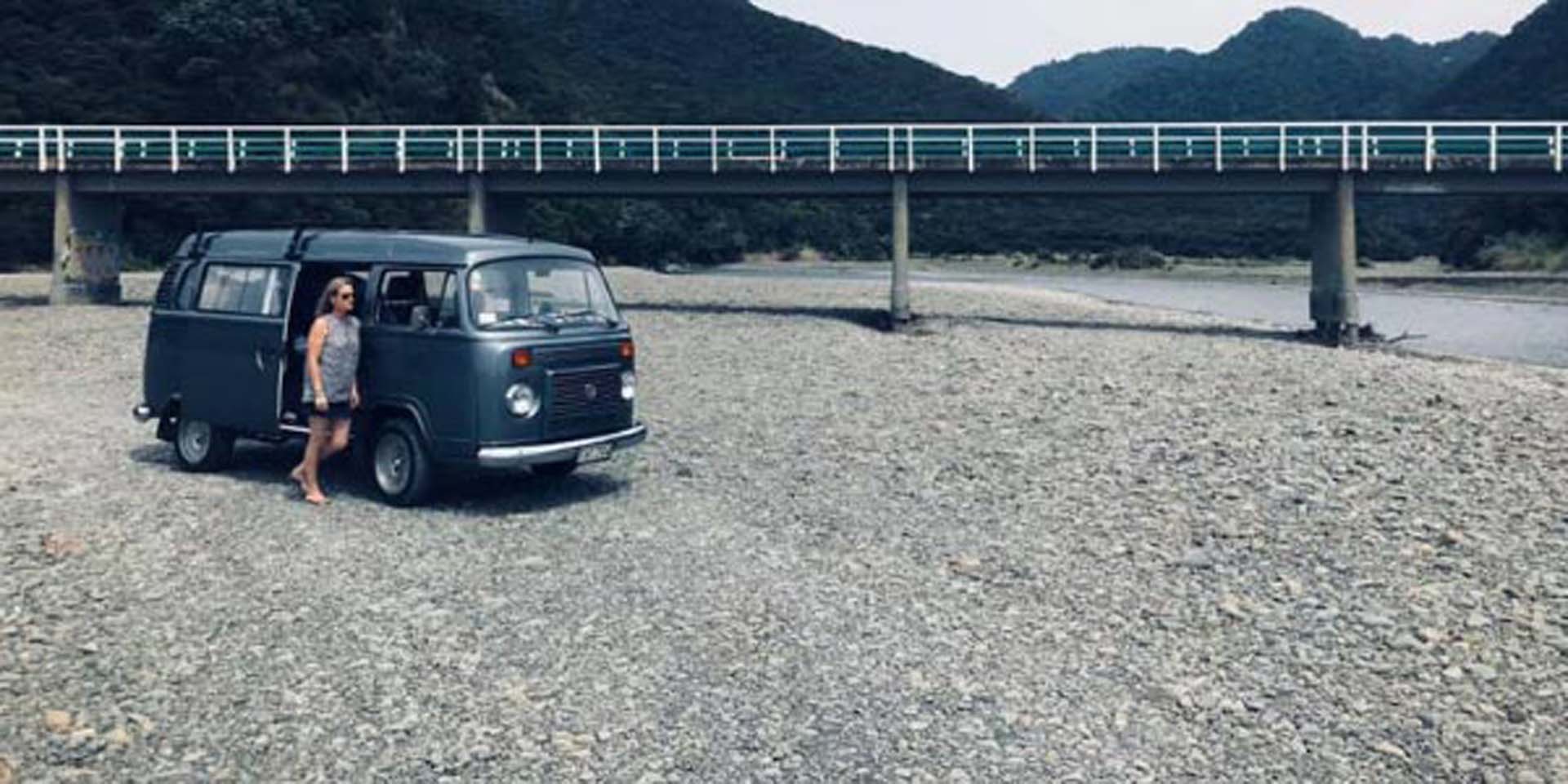 Bought 6 months ago from the second NZ owner. The fellow who imported it from the UK in 2012 bought it in UK in 2009 and drove around Europe

My first Kombi was a 69 Westie – I was in my 20s and it was full of rust.. I couldn’t afford the work and ended up giving it away. Huge regrets.. so almost 20 years later I bought this one after eyeing up a 1975 Westie – this late model one came on a local auction site. We haven’t done anything to it yet – there are a few issues with the vehicle being a late model we have to have modern safety features in the back, meaning a full camper conversion might not be possible. It has a rock’n’roll bed which might not be possible to keep as a result.

I am taking advice as to what we can do with the interior, but she’s basically a new vehicle, very low km – it had 36,000km on the clock – I’ve put 11,000km in six months (daily driver) – I intend driving it every day, but I do have a second car for very bad weather. We’ve just done 1600km over the past week on a road trip around New Zealand’s east coast and will keep adventuring as the opportunity arises.

We have a JustKampers cover for the Kombi which I discovered during our travels – I didn’t know it was under the seat!

Would love a roof tent..