Just Kampers Written By Heidi Padoin
More from this author

Next in our series of blogs for International Women’s Day we’re talking to one of our long beloved ladies in the Just Kampers team, Carolyn (Caz) Kirvan-Cranfield.

Heidi Padoin who recently joined our marketing team after moving across from customer service here at JK HQ, sat down with Caz to talk about what led her to fall in love with VWs, how she joined the JK Team, and what role she thinks women place in the classic car scene.

The following post was written by Heidi, and you can read more in the series here.

Caz has a background rich with experience of owning and maintaining classic cars, her parents shared a love for racing Imps and so Caz has been exposed to the joys of mechanics ever since she was born.

She has worked for Just Kampers for over eleven years now, and there’s not a doubt in my mind that Caz lives and breathes this company. She’s worked across multiple departments and now resides in Marketing as a Marketing Executive. Caz’s husband Shaun is our Sales Director here at JK, and together they co-own a 1974 Bay Window camper named Doris, which they have lovingly shared for over 20 years.

When we discussed her history and relationship with classic cars, Caz spoke incredibly fondly of early memories with her parents. Her dad is very mechanically minded and practical, and her mum has always been very hands on, so this magical combination led to a well-informed childhood.

Caz’s dad felt that with two girls in the house, he should make it his mission to ensure they’d learn the basics of maintaining their own cars. Every member of the household had their own overalls, and that says it all! 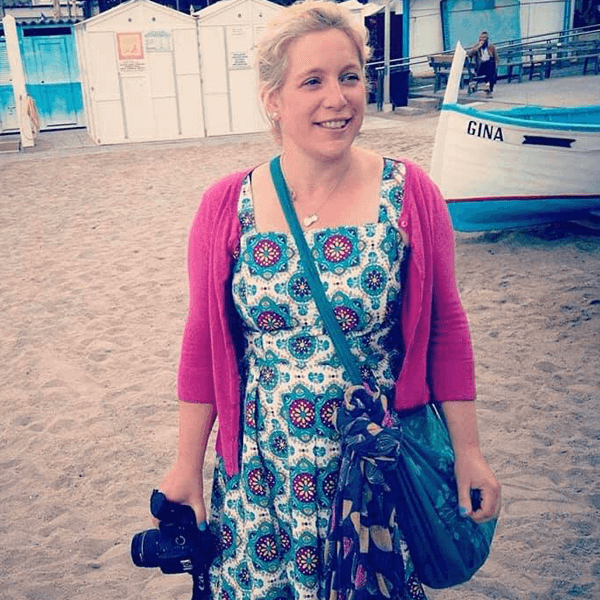 Caz at one of her favorite places: the beach!

And along came the VW’s…

Caz’s love for cars was significantly broader in younger years, her devotion for VWs wasn’t discovered until she went travelling around Australia with Shaun. Whilst exploring Australia they came across a load of VWs and owners, and it was at that point that they were sold on the dream!

Caz admits that they were both drawn by the cool status, the alternative lifestyle, and the people they met, and at that point they really had no clue what they were getting themselves into! On their return to the UK they purchased a T2 Bay window with a loan from Shaun’s Grandma, and that is how ‘Doris’ got her name.

They'd freely admit that Doris (the camper) wasn’t exactly a show winner. She displayed multiple colours of orange and pastel white and reeked of fuel by the time Shaun had made the journey back in her. And the plan was only for a viewing, yet they took her right away!

After a few tweaks to ensure she was safe they enjoyed her as she was for some time. Later Caz and Shaun embarked on her restoration in earnest, and Doris looks quite different these days.

Shaun’s dad was a mechanic and so he imparted a wealth of knowledge and interest onto him as he grew up, which helped inform his interest and mechanical know how later in life. It’s always been important to both Caz and Shaun that you should, where possible, have the know-how and be able to maintain the cars that you own.

The two found their lives fit together and then discovered the VW community, and the rest is history.

Caz has never been afraid to get stuck in and fix any issues which popped up with Doris.

Cars and campers through and through

There’s wisdom and clarity in the way that Caz describes her relationship with her VW’s. It hits the nail on the head for me, why I have not felt the same after selling my VW. She said that cars and campers are a part of how she identifies herself. It sets you apart from the rest, makes a statement about who you are, in a way that has always appealed to her.

Caz told us that over the years, there has been pressure for them to sell, whether that be for financial or practical reasons. Like everyone they’ve had difficulties and at times the most sensible thing would have been to say goodbye to Doris. Thankfully at different times, either of the pair has stubbornly resisted – Caz confessed that most often it’s been her!

She goes on to say that it’s hard to describe that connection to something that is effectively an accumulation of metal and mechanical parts. She’s even written about it. As a bit of an ode to VW’s, this paragraph speaks volumes:

For those who see me as
only metal and parts,
cannot see the pouring,
of love, of time, and of hearts.

There really is something special about VWs and it’s hard to describe the feeling you experience once you’re a part of the fun. But it runs deeper for Caz and Shaun; Doris drove them to their wedding and carried both of their children on their first camping holidays. Like an extra member of the family, she has been intrinsic to so many happy memories.

Once you own and cherish a classic vehicle, it becomes a much larger part of your life than you realise. It’s not just that you own your own classic camper, but once you start to maintain it yourself and you’ve done all the hard work to it, it becomes a way of demonstrating that you know how to do something unique and interesting.

When people come to talk to you about your vehicle you feel a great sense of pride. Caz says that the classics, of which she admits being most fond, have had lives before you. You become a part of their history just as much as they become a part of yours. 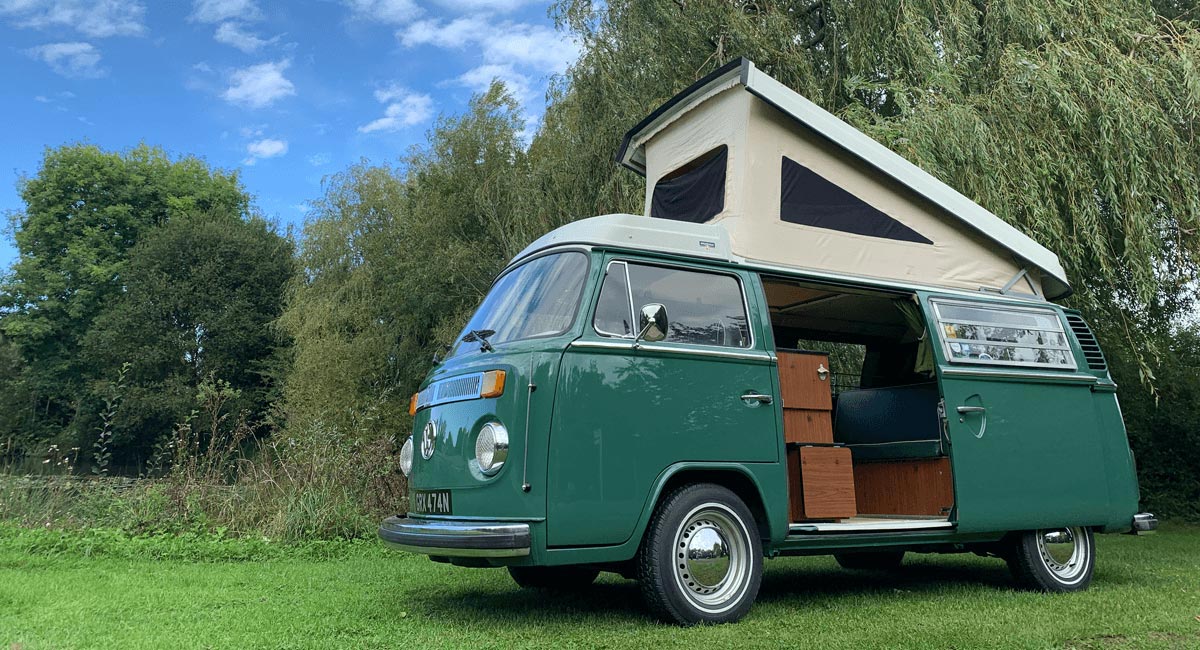 Doris is Caz and Shaun's pride and joy (other than their kids!)

Caz also told me that there are so many women that she admires and finds inspirational. At work or in the VW community it’s those who challenge stereo types in the most honest way by just living and enjoying their lives. Those who seek to support and share knowledge and time.

Beyond that, it’s all about good people, and for Caz that’s people who evoke copious amounts of kindness, honesty, and integrity. She’s quick to mention that that these are traits she values across the board!

In terms of a favourite person (outside of her own family) - the type of person she’d like to be “when she grows up” is Mandy Roden (or mummy Mandy to Caz). I've never seen someone spoken about in such genuine awe.

Caz described Mandy as a woman with a genuine heart of gold who would do anything for anyone. Mandy’s first encounter with Caz was strangely enough via a customer complaint about a steering wheel…expertly sorted of course! But Mandy has since held a special place in Caz’s heart.

Our blog post on Granny Hayes, the Scottish grandmother who drove her Beetle through the gruelling 1955 REDeX Trial in Australia was written by Caz, and it's a story she wanted to share more widely.

She speaks with bounds of affection for the people that she has met over the years and the friends she has made. She believes the VW community is unparalleled elsewhere.

Caz is an incredibly unique woman who speaks from the heart and is honest about what she loves. She is living proof that owning and maintaining vehicle as a woman is incredibly rewarding.

It’s an experience like no other and provides a chance for women to build their confidence and independence. Years of stereotyping and categorising hobbies has left the practise largely unexplored by the female population.

Hopefully one day there will be more women with a passion for cars!