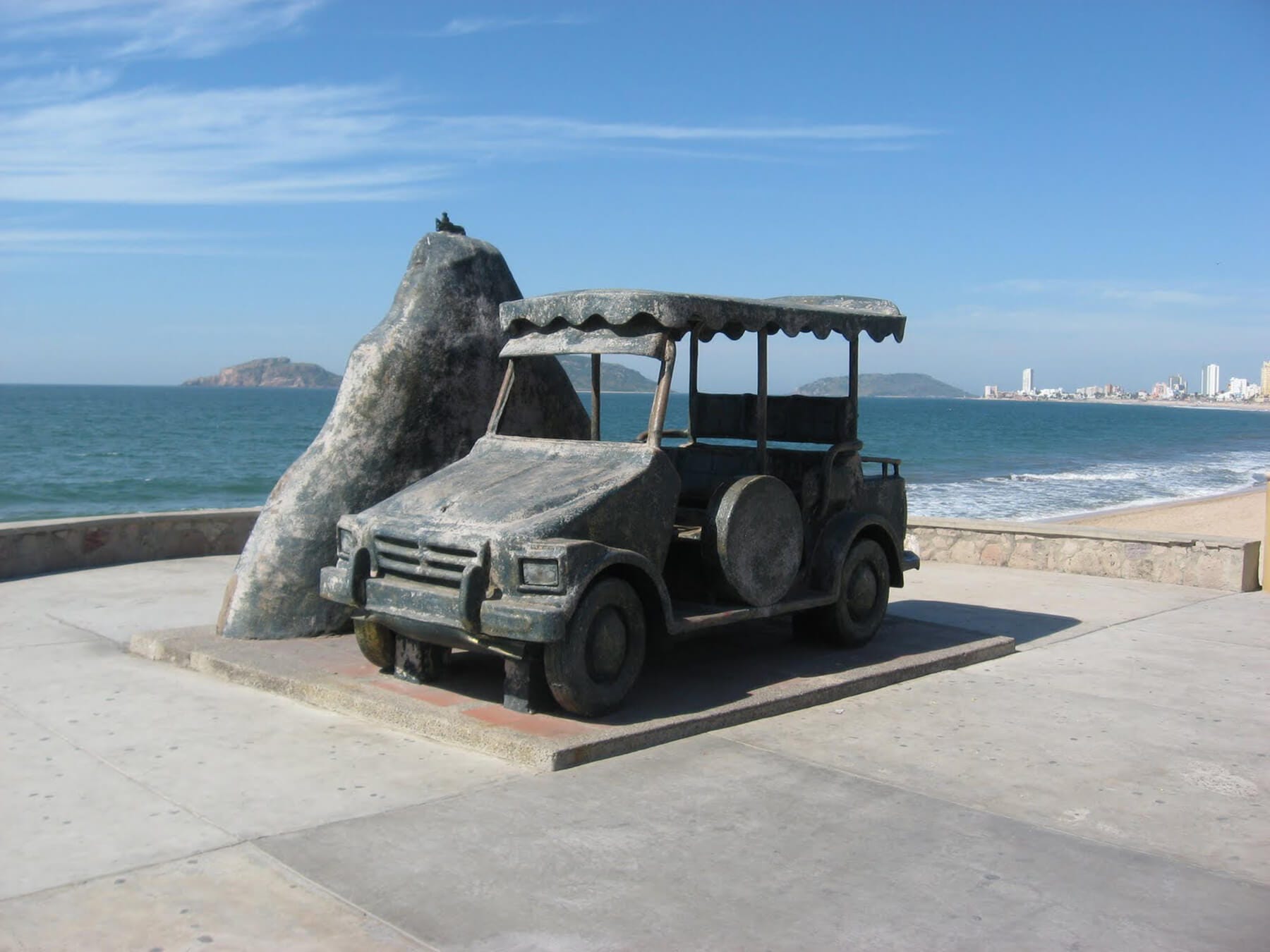 The tale of the VW-based Pulmonia taxis

Just Kampers Written By Ivan McCutcheon
More from this author

The tale of the VW-based Pulmonia taxis

The Pulmonia is unique to the resort of Mazatlan, Mexico. This VW Beetle based vehicle was made out of necessity and for a specific use - it was designed to be a taxi!

The very basic open fiberglass body with VW mechanical components was spawned from the need for a vehicle to replace the rickety ‘Tuk Tuk’ style three-wheeled machines that had ferried tourists around the popular holiday resort which boasts over 20 miles of glorious beaches. 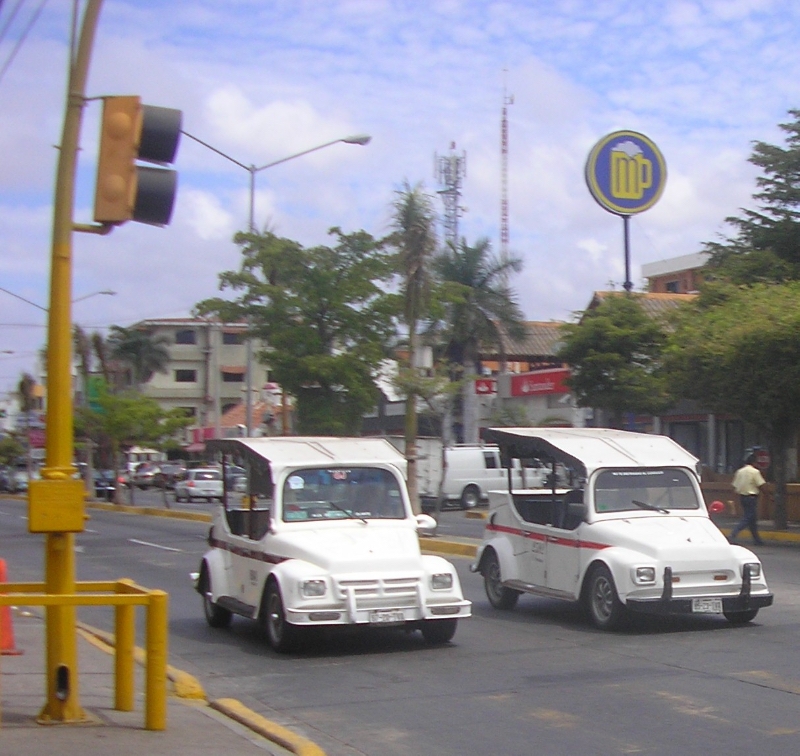 The trike taxis had been in use in the area since the mid-Sixties and were initially based the Vespa Ape style machine called the Truckster produced by Cushman, an America company based in the State of Nebraska.

A local man came up with the idea of offering tourists something between a taxi and a horse and carriage. He started with just three Cushmans, but within ten years over 100 trikes were in use in the Mazatlan area. 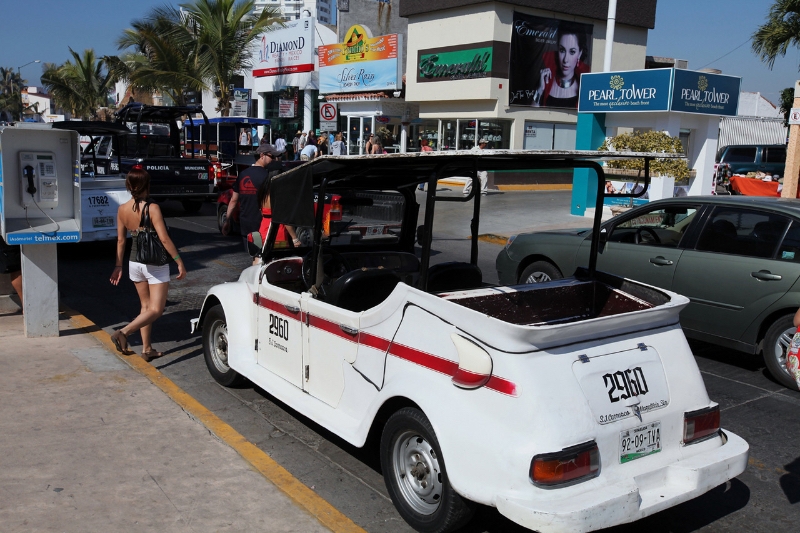 The crude vehicles were given the name Pulmonia by the drivers of normal taxis who were none too impressed by the fact these new machines were taking business from them. The belittling name they came up with stems from the fact the vehicles were open, so if someone opted to ride in one instead of a real taxi they may contract Pulmonia – which translates to Pneumonia.

Whilst it’s unlikely anyone ever developed a chest disease riding in one of the original three-wheeled Pulmonias, opting to do so was a dodgy decision, as they were precarious to the point of being unsafe. Not that what was to follow would excel in a N-Cap test…

The four-wheel VW based replacements arrived at the start of the 1980s and proved more suitable for the job at hand. The reliable VW drivetrain with Type 1 air-cooled engine was perfect for plodding around in the heat of the summer. In terms of the design and appearance of the VW Pulmonia, the immediate thing that comes to mind is that it’s not that far removed from the VW Type 181 – which was actually produced by VW in Mexico from 1973 to 1980 under the name Safari. 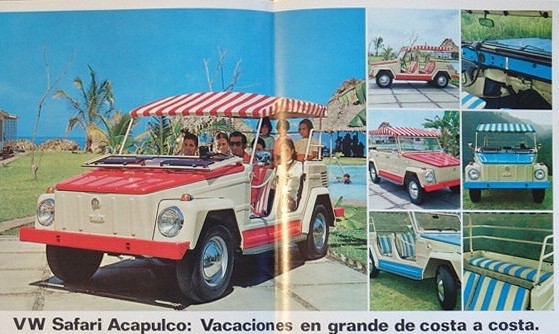 The Mexican VW Safari model included a special version only made in this Mexico called the Safari Acapulco. This model was designed to be used by hotels as a shuttle vehicle, and had a candy-striped canvas Surrey top on a tubular frame with matching seats. The rear framework of the Surrey top was quite a clever idea, as it doubled as backrest for an additional row of seats that three kids could sit on. This turned the 181 into an eight-seater and made the Acapulco even more attractive to hotel resorts. 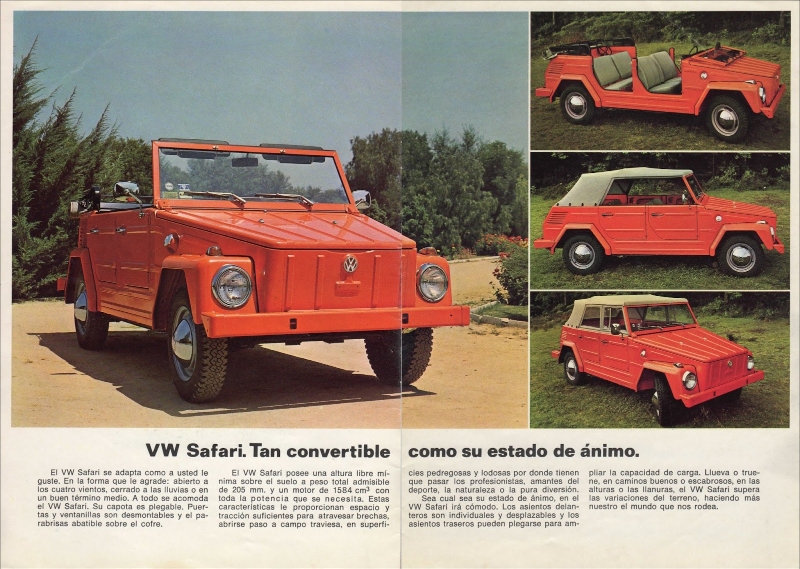 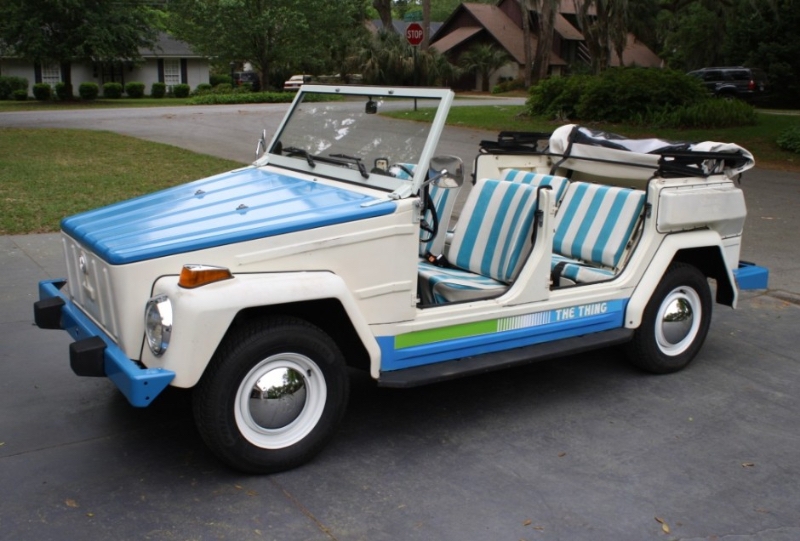 VW’s Mexican plant at Puebla was just stopping production of the VW 181 around the same time as the idea for the VW based Pulmonia was thought up.
Had VW continued making the Type 181 Safari, the only reason we can think the came the Pulmonia would have existed is that it had to far cheaper to produce. The basic fiberglass body tub with integral seat benches, wings and dahsboard was simple to produce and there wasn’t a lot else (bar the essentials such as lights, windscreen and single wiper) to be added before dropping it onto a VW Type 1 chassis.

It wasn’t long before over 350 VW-based Pulmonias had been constructed and the sound of Type 1 engines buzzing around the streets of Mazatlan became the norm. 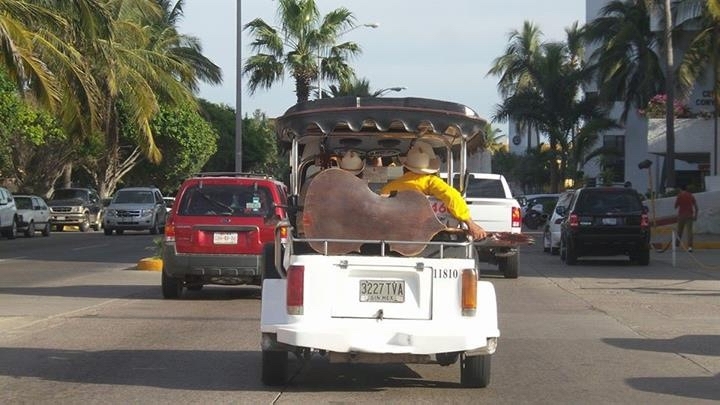 It may have been a nod to the idea of the VW Pulmonia being founded with VW Safari or Type 181 or down to the fact some drivers used 181s in the area, but a version with doors was later introduced and named the Safari. The new body had hints of the 181 and Beetle to it, but still looked like something you’d expect a clown to drive around in. 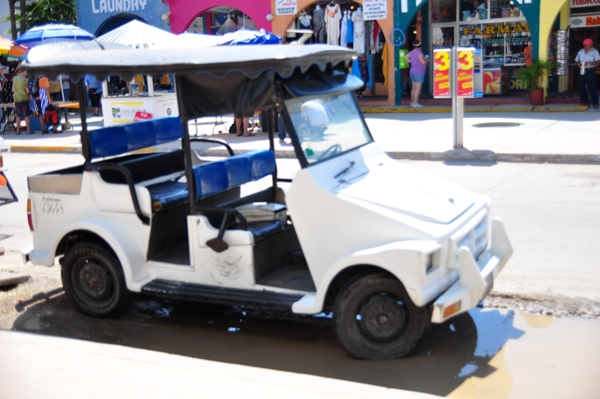 With or without doors, Pulmonia or Safari, they were far from the safest vehicle on the road. They had no seat belts and we’d hazard a guess and say they were, uh, perhaps not maintained as per VW’s suggested schedules.  Accidents involving Pulmonias were common and often serious. 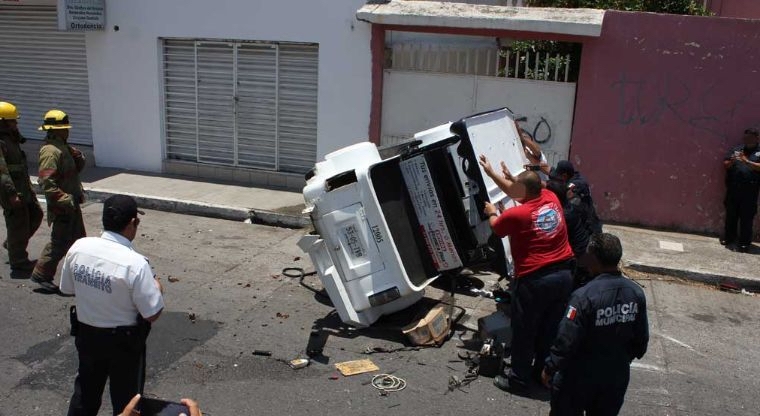 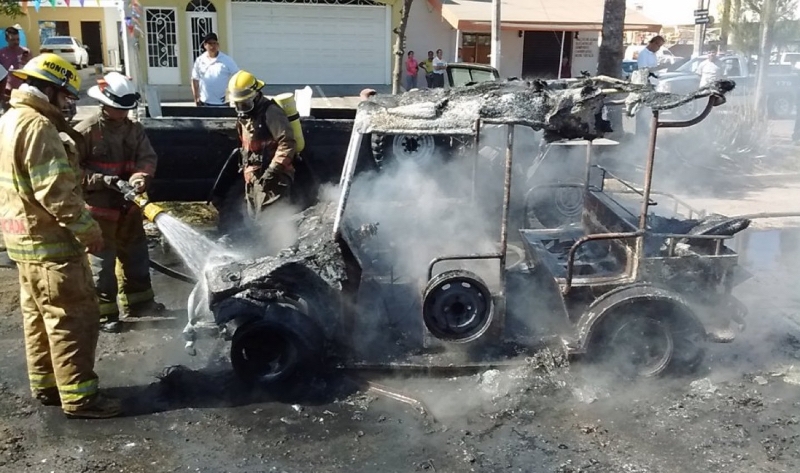 Despite this, the VW based Pulmonia has been such an important machine to the Mazatlan area that a full-size bronze sculpture of one was commissioned and put in place in 2001 on the seafront road. This pays homage to the man who came up with the original idea for the Pulmonia – Miguel Ramirez Urioui 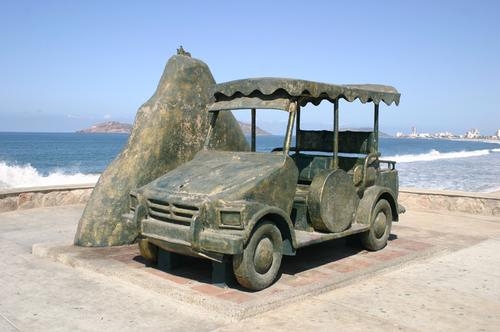 The future is now…

The VW based Pulmonia has been wheezing through the decades since its introduction in the 1980s, but the end is here as the local authorities have both tourist safety and the environment to consider. The antiquated local celebrity my not have scored highly on either point, but both were important elements of the brief for the replacement machine. And, before you start thinking that’s the end of the Pulmonia and the unique experience it offers tourists, worry not… as the concept has been successful for half a century and viewed as a tradition that must continue. 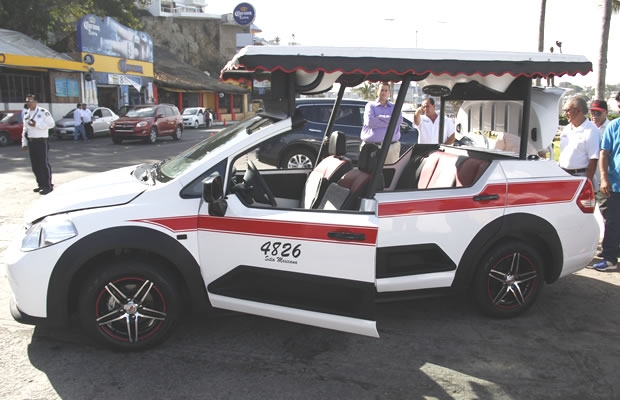 The proposal wasn’t given a warm welcome by the drivers of the VW based Pulmonia taxis, as this would mean a huge investment would need to be made. However, rulings for vehicles being no older than five years, along with requirements for airbags, seat belts and crumple zones will consign the VW Pulmonia to being a memory.

But at least it’ll be one that’s marked with a memorial.