Instantly recognisable the VW Ads of the late 50’s and 60’s are iconic staples.

The kind of marketing genius that has informed many a campaign since, some successfully, some not so much.

The genius revolves around a very intentional calling out and mockery making of their products in order to make them stand out from the crowd. It’s brave.

And to have pitched it as a concept, at a time when everything was viewed through highly rose-tinted spec’s, should have been a hard sell.

They say imitation is the sincerest form of flattery and based on the much-copied formula it is evident that it works- even in today’s market.

Not easy to achieve and there have been many a near-miss -it’s an advertising style that needs to be deftly managed with just the right touch of humour, self-deprecation, honesty and genius.

So, who can we attribute this genius to and what is the history of those much-loved VW Ads …?

The need to retain the services of an ad agency arose in 1959 when, in response to the surge of European vehicles to US shores, the big Detroit 3 US manufacturers, Ford, GM and Chrysler planned the release of their own versions of the “small car”.

VW tasked Carl Hahn with the job of selecting an ad agency who would successfully resist this threat.

It proved no easy task. He reportedly met with 4000 American ad’ men in the space of his three-month search.

Unimpressed with all. The ads of the day were formulaic in more ways than one. They relied heavily on analysis and often became lost in a sea of similar noise. 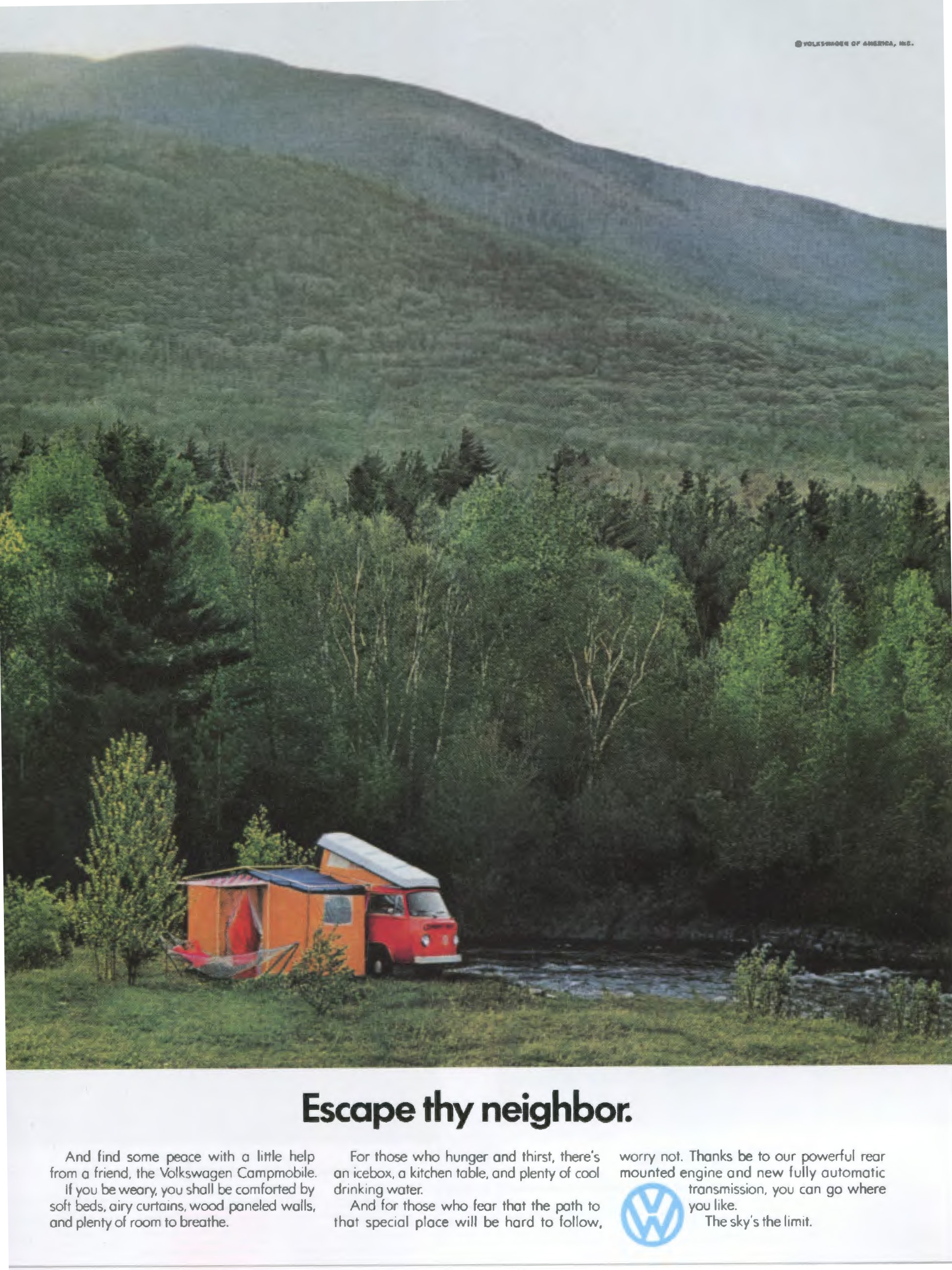 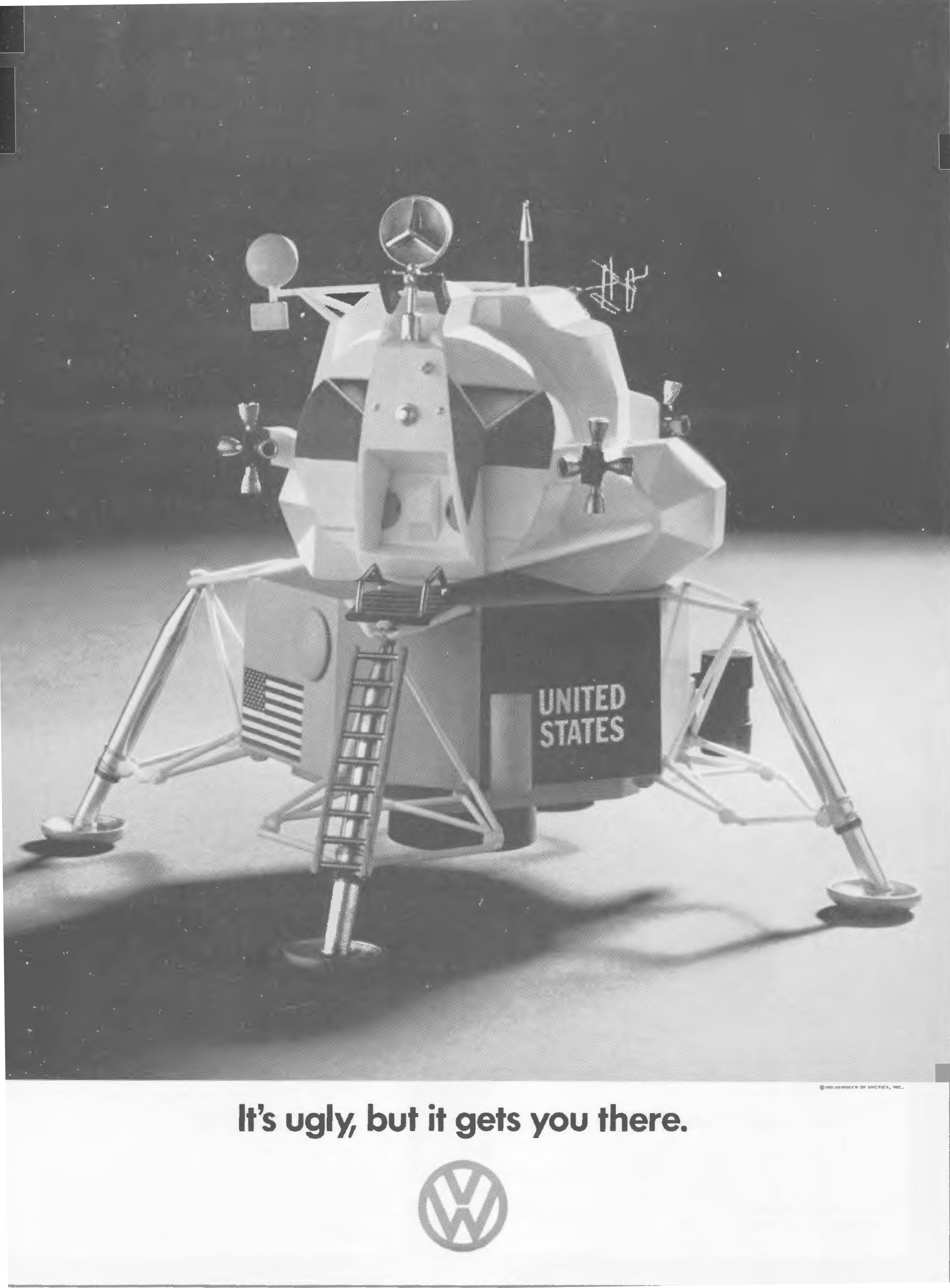 There was very little that stood out.

Hahn received a recommendation via a VW distributor, Arthur Stanton who had been impressed by the work of agency DBB.

The agency, DDB, had been set up in 1949 by William Bernbach, Ned Doyle and Maxwell Dane.

They had demonstrated a talent for producing ad’s that were innovative in their approach and sat as a complete polar opposite to that which was popular.

On the first meeting, unlike the other agencies, DDB had not prepared VW specific content preferring instead to rely on their previous portfolio.

Whatever transpired in that meeting must have been enough for Hahn to have the required confidence as the contract was awarded paving the way for the genius to come.

With Bernbach overseeing direction and tone. 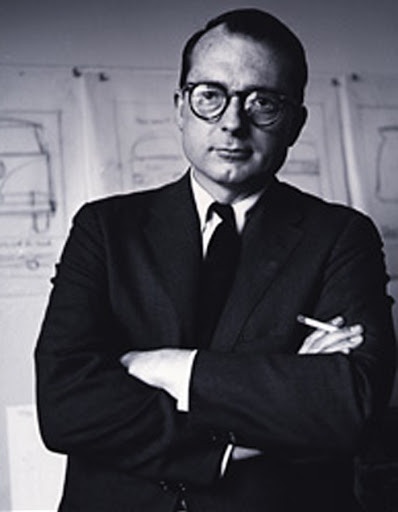 Krone had owned a VW prior to the meeting, and all were impressed by the “honesty” of the car.

So successful would these campaigns become that in 1960 all ad work for VW was transferred to DDB representative agencies worldwide. Car sales soared and spawned a relationship between the agency and VW that still exists today.

Bernbach, Krone and Kroenig would all later be inducted into the One Club Creative Hall of Fame. With Bernbach being further recognised by Advertising Age as “advertising’s #1 most influential force in advertising’s history”.

Bernbach had two requirements of the people employed by the firm; that they have talent and that they be nice. He would not hire anyone with just one of these attributes to the exclusion of the other. 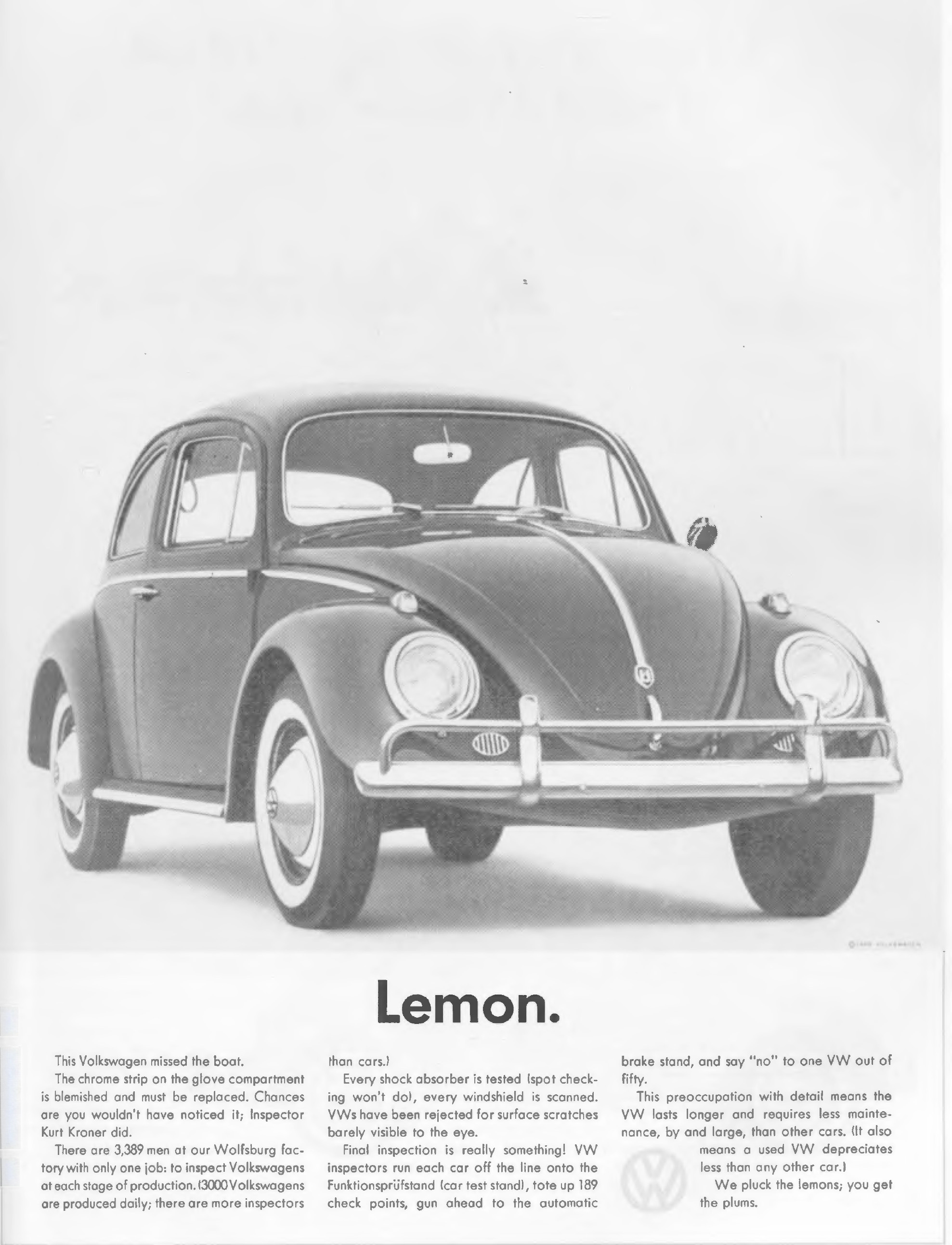 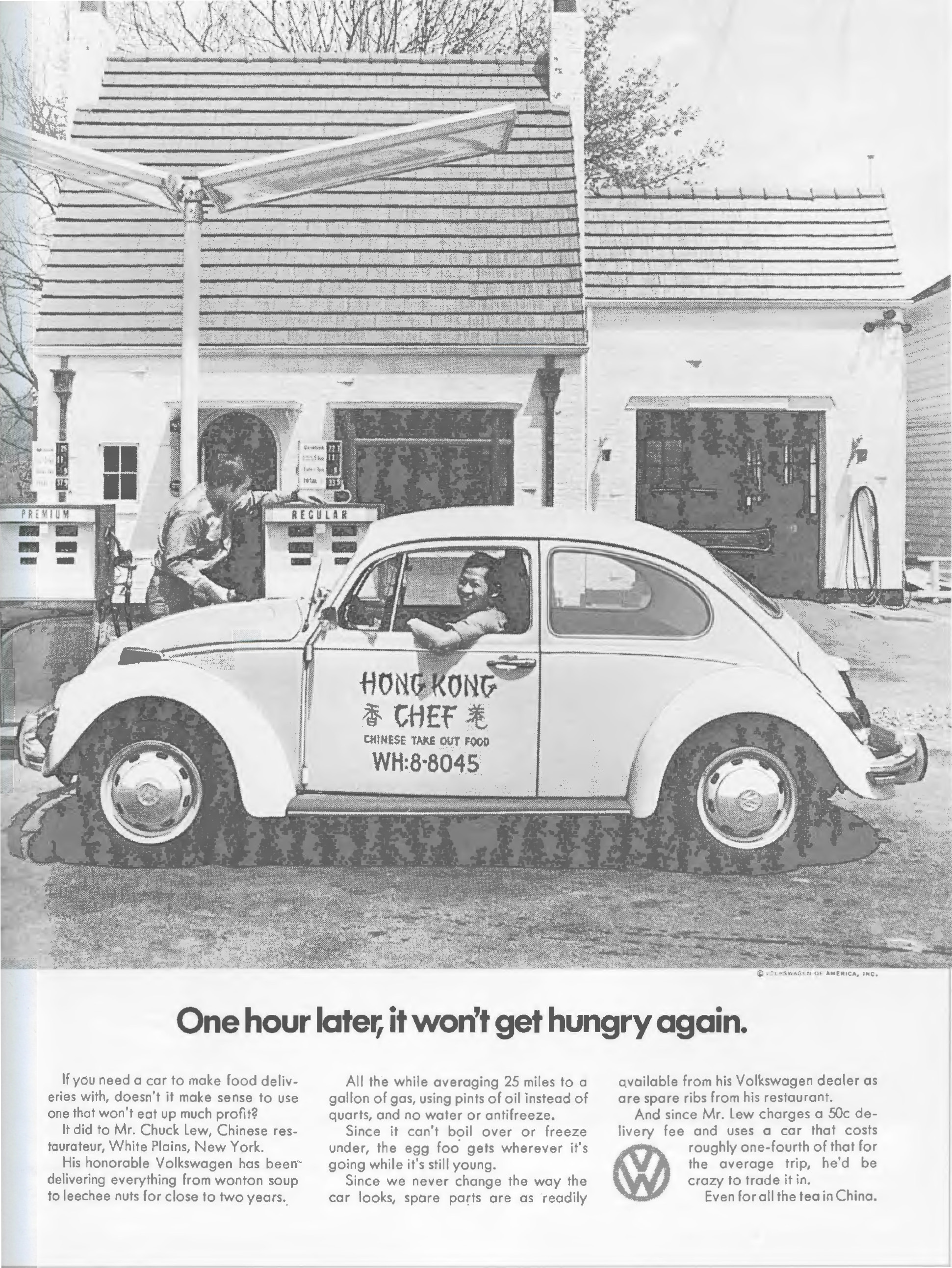 “The danger lies in the temptation to buy routinised men who have a formula for advertising. The danger lies in the natural tendency to go after tried-and-true talent that will not make us stand out in competition but rather make us look like all the others… Let us blaze new trails. Let us prove to the world that good taste, good art and good writing can be good selling”.   William Bernbach

The ad’s that followed turned everything that had been the previously accepted advertising norm on its head.

These ads, intentionally, spurned the busy imagery in which loud and large rang true and the copy laid claim to extraordinary benefits of often unremarkable products. 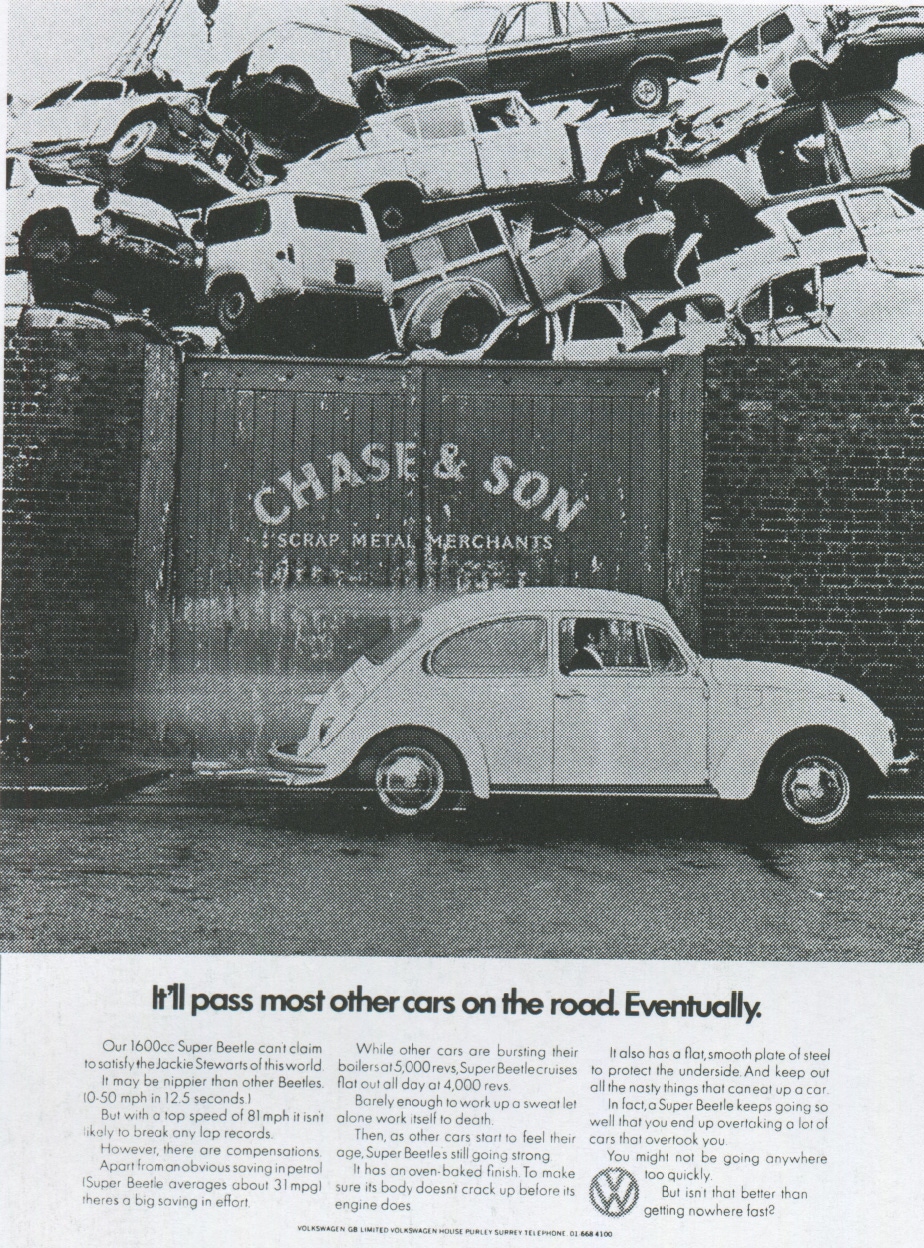 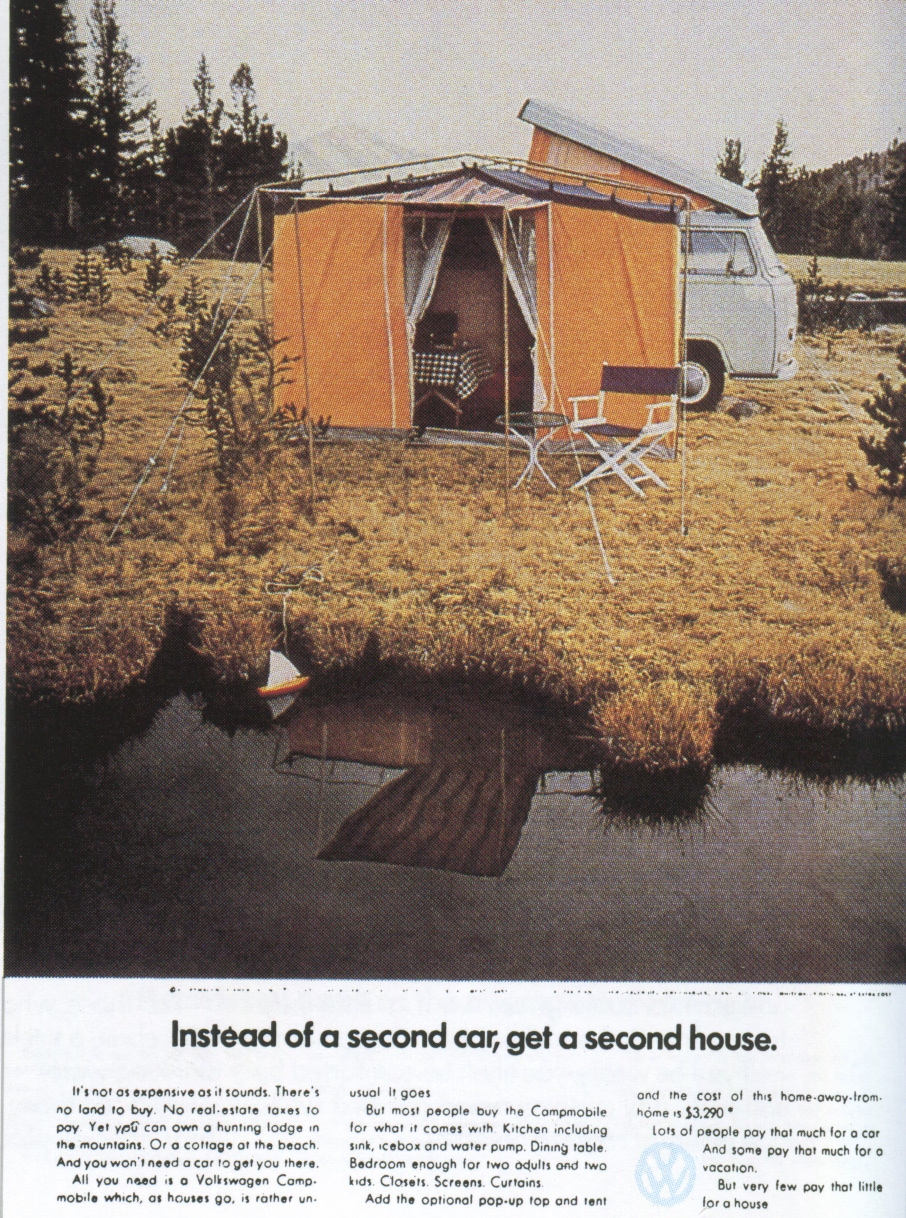 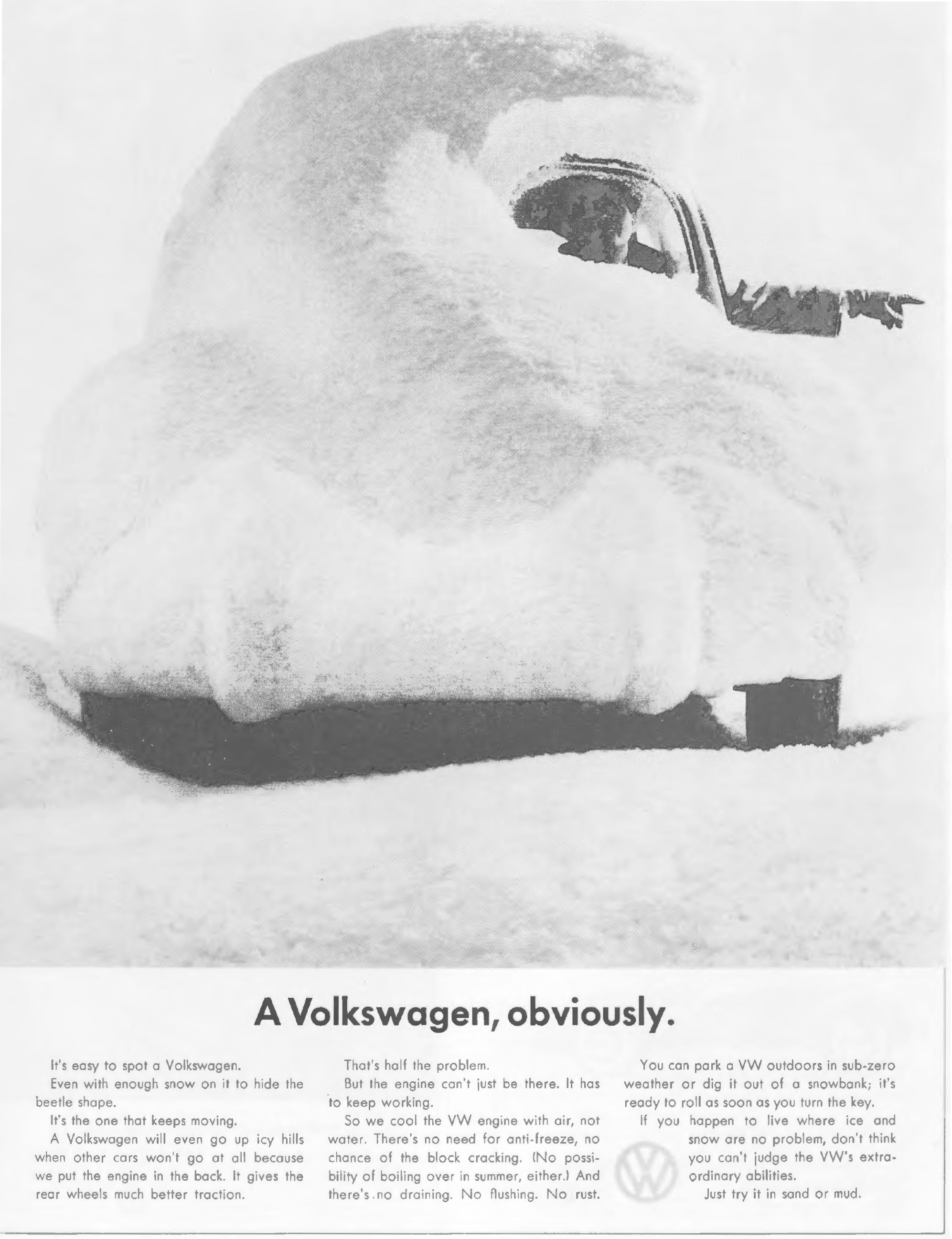 Instead, the, now incredibly familiar, “Think Small” invaded every aspect of the ads to follow.

Their quiet focus rested on how to use the consumers concerns about such a vehicle and turning this on its head, in a humorous often self-deprecating manner, speaking as you would to a close friend in an honest and open way. Imagery was much pared back. Opting for black and white often completely un-doctored images.

The use of the (now) familiar sans serif font and intentional use of a full stop at the end of the headline. A direction to the observer to stop and contemplate the most basic of statements. Things that now seem synonymous with VW and a litany of much-loved campaigns all began with a spark of defiance and a willingness to push the boundaries.

“I like rules. Without them, we don’t know what to break.”

The somewhat humble Koenig, when asked as part of an interview, if he realised at the time the implications of their direction would recall 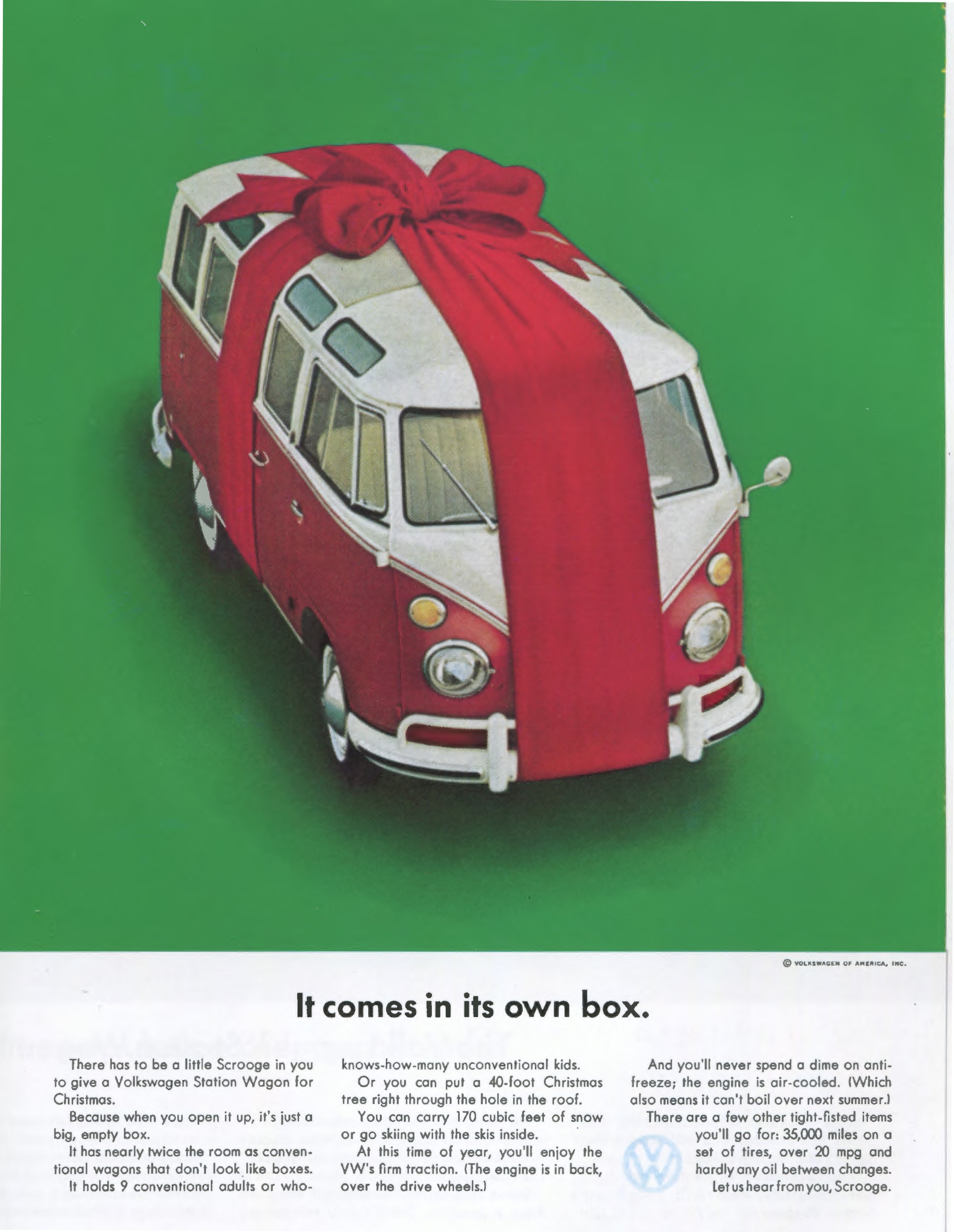 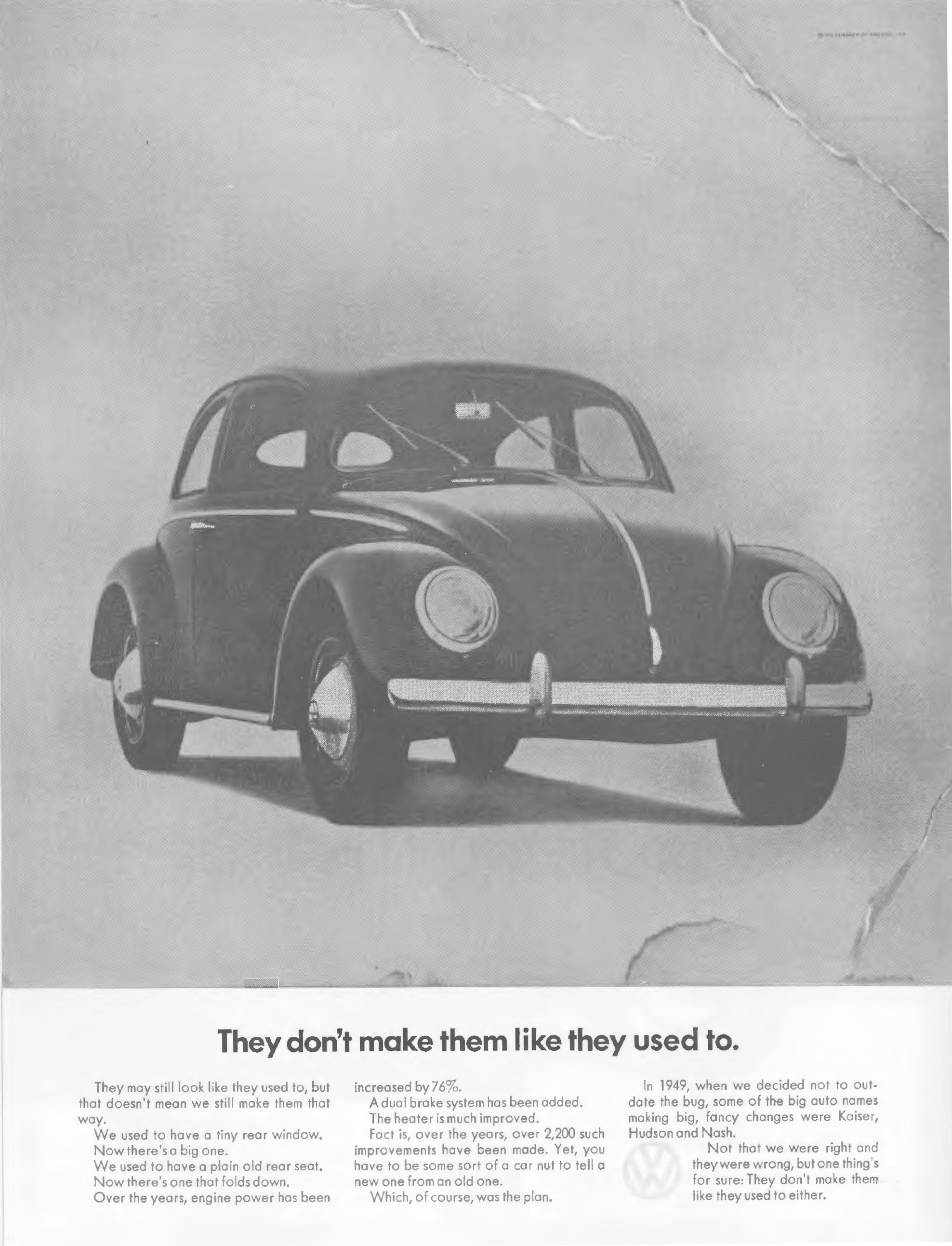 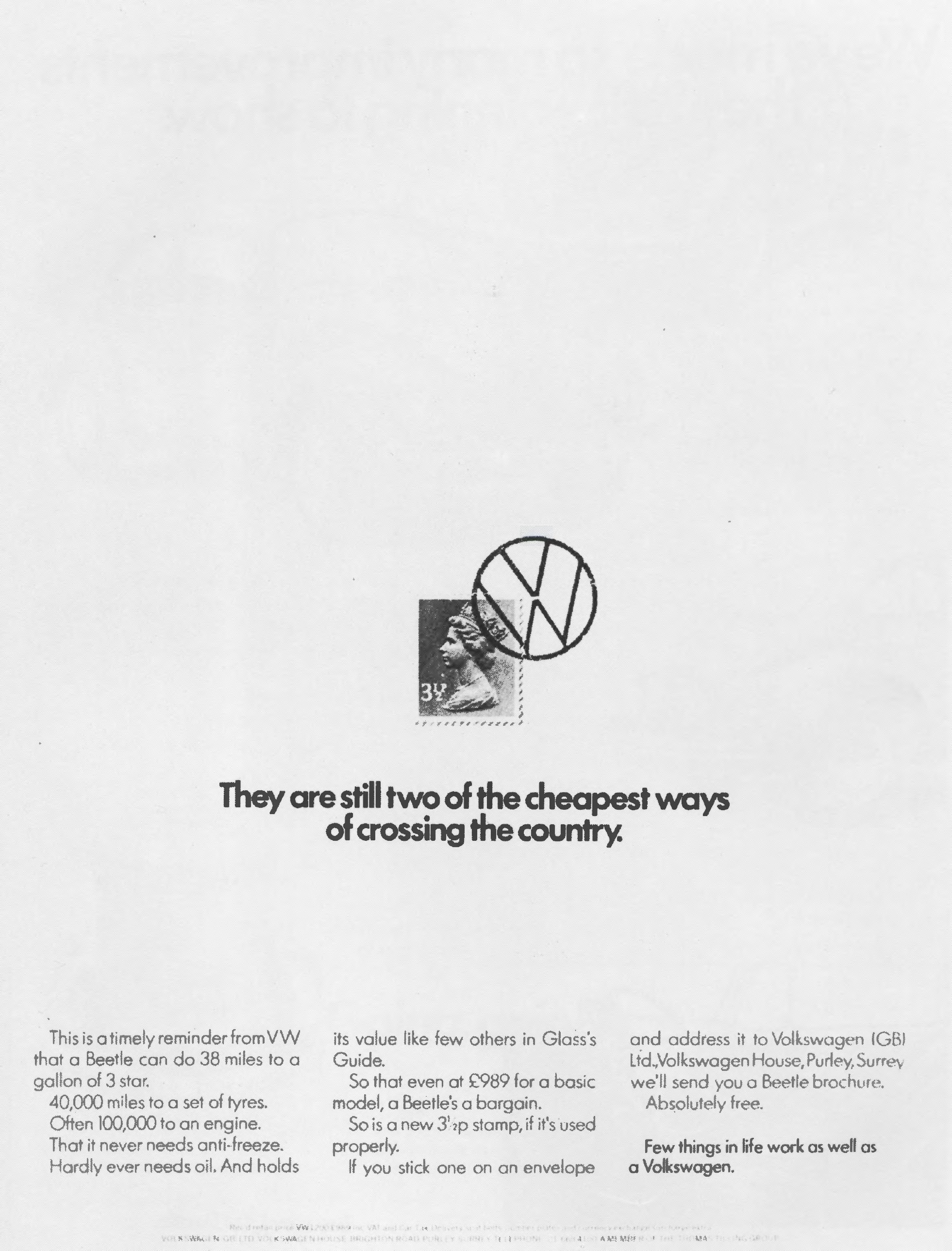 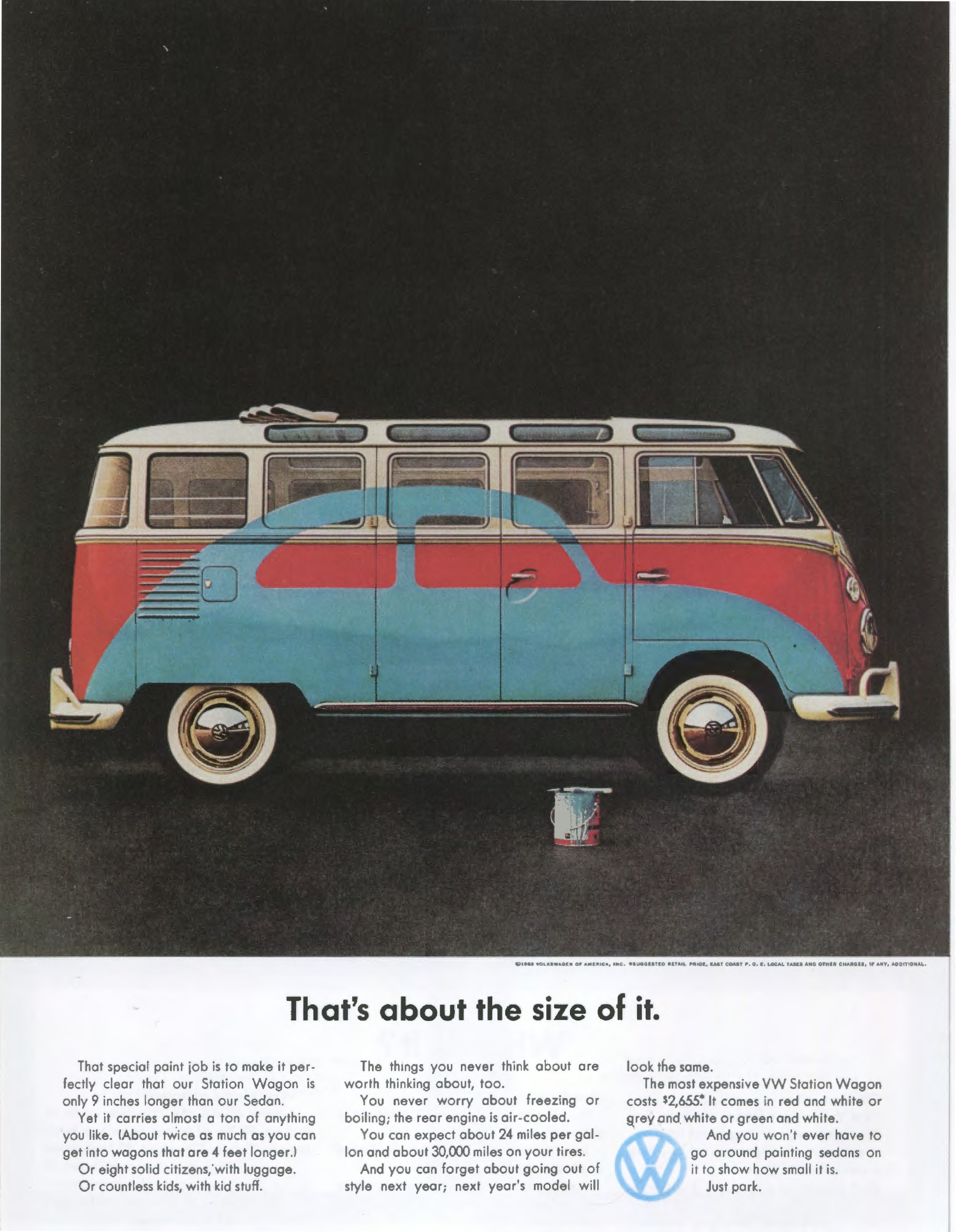 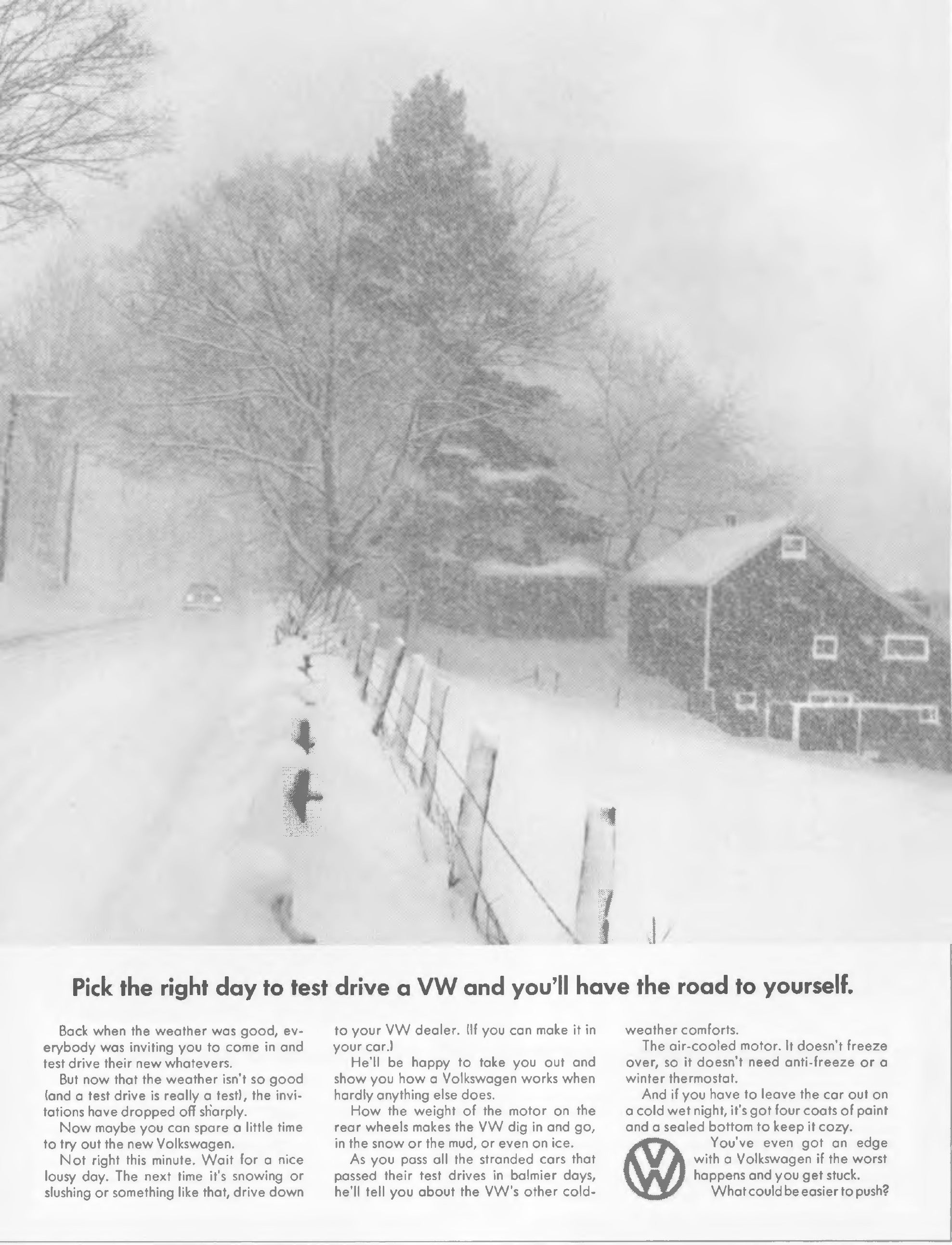 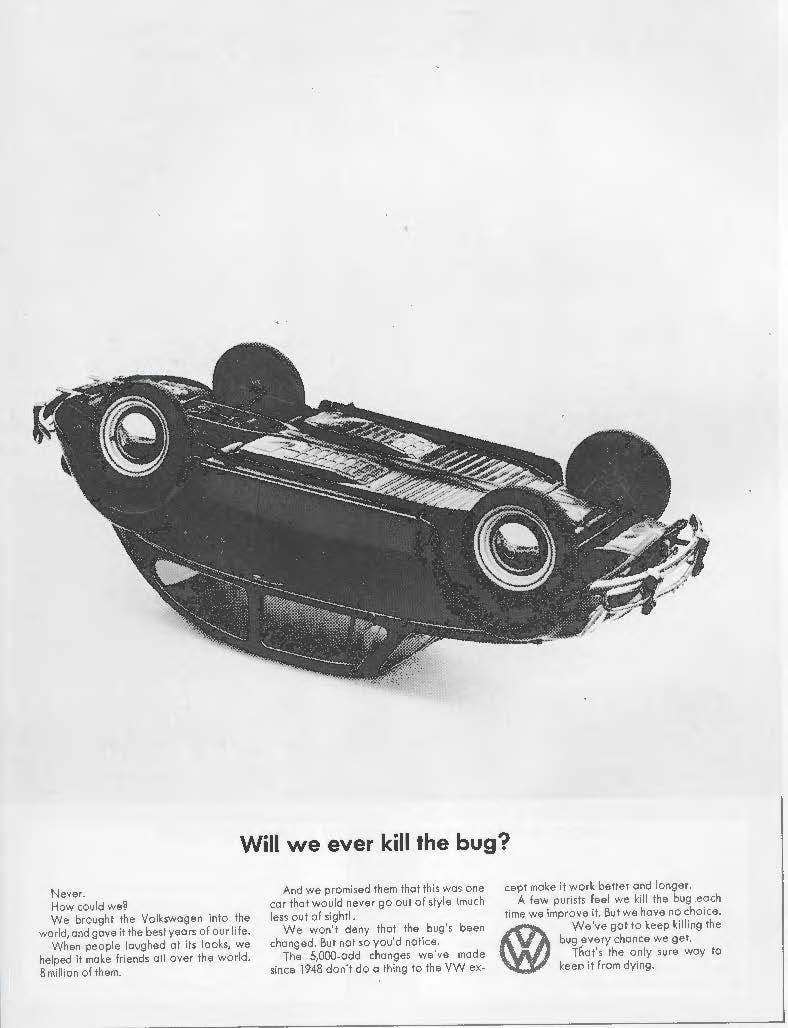 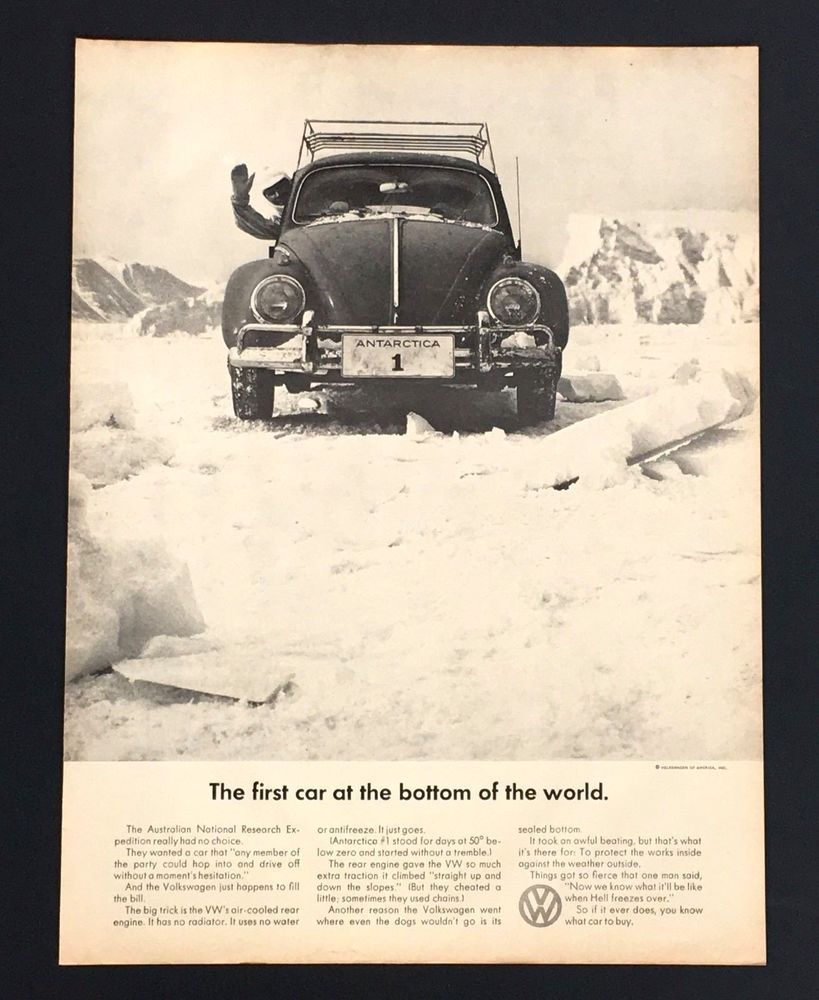 Are you thirsty for more? Read more about the Beetle that conquered Antarctica