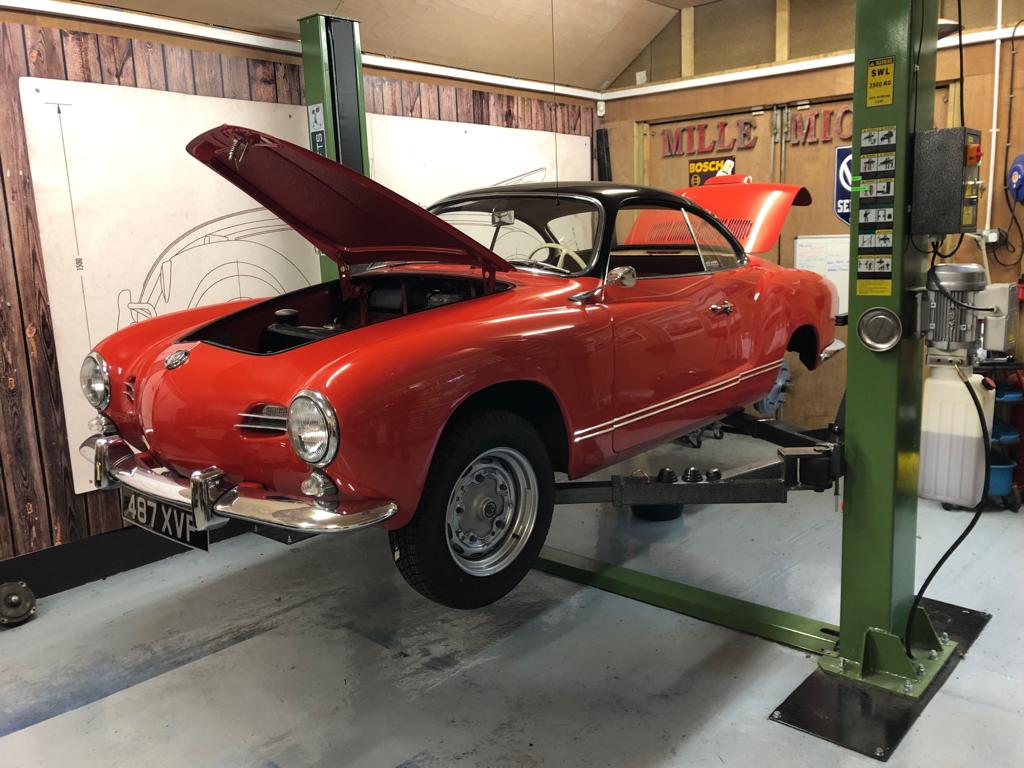 When Mark and Kerry, drove a 1972 Bay from Los Angeles, via San Francisco to New York 5 years ago, to celebrate JK's 25th Birthday, they visited friends on route.

One of the visits was to Chris Cocks in Hesperia California, who they'd known for years, having bought parts from his 'Junkyard' in the early days of JK. On that visit, they were shown a recent purchase of Chris's. A low light Ghia with a Denzel engine in it. The car was not, officially, for sale but Mark admired it and later read up about Denzel cars from the early 1950's and the few genuine Denzel engines that made their way into early VW's.

Fast forward a few years and sadly Chris died of cancer. And his family looked to sell some of his large collection of parts and cars.

That's when Mark spotted the Ghia first on oldbug.com and then later up for auction with Gooding & Company - The Scottsdale Auctions 2019, Scottsdale, USA on the 18th-19th January 2019.

After some phone calls to people who knew the car, Mark took the plunge and bought the car, sight unseen (exactly what he'd tell everyone NOT to do!). Never wanting to waste shipping space in a container, they also bought for the JK collection the next lot, a 1959 single-seat postal bus!

Once the Ghia arrived in the UK, the 20 years it had been standing and not used became evident and a full 'recommissioning' started, always with the plan to do an event this summer. Originally that event was going to be the Peter Max Muller race in Germany and then Bad Camberg, but the recommissioning was a lot more than a quick oil change! (Trusty Jack, the JK Oval, stepped in to be the faithful companion for the PMM / Camber trip). As July came the Ghia was back to full health and a road trip needed organising. 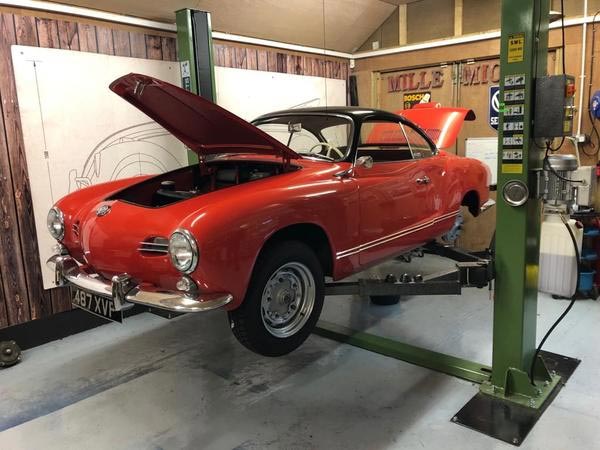 On the recommendation of Michael, a fellow VW enthusiast in Germany, who's also done the Mille Miglia in a VW Beetle, the Gran Premio Nuvolari was chosen as a fitting event to mark JK's 30th Birthday. Michael had done the GP Nuvolari in his oval a few years before. 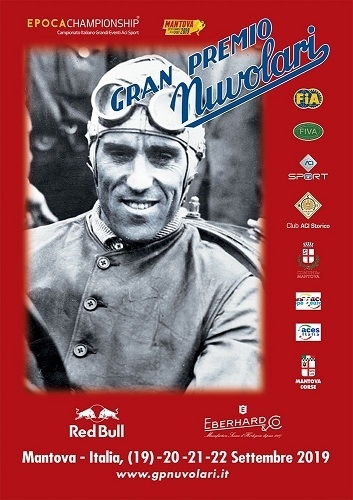 The Gran Premio Nuvolari began as a tribute to Tazio Nuvolari, and Italian race driver who died in 1953.

Tazio, ‘Il Montavano Volante’ the Flying Mantuan as he was known, certainly had an inspirational history; peppered with stories of escapades of which any one could inspire such affection and accolade.

“Tazio Nuvolari was not simply a racing driver. To Italy he became an idol, a demi-god, a legend, epitomizing all that young Italy aspired to be; the man who ‘did the impossible’, not once but habitually, the David who slew the Goliaths in the great sport of motor racing. He was Il Maestro”

We’ll cover more details on the race and the man who inspired it in further posts.

Inheriting the navigational hotseat from her brother is Mark’s daughter Meg as she, joins her dad and, follows the family tradition of taking to the road for an adventure. Mark, Meg and Pete from JK are getting ready for a fun event next weekend as part of JKs 30th Birthday celebrations. Once again Mark takes the driver’s seat and Pete runs support from the company T6.

Here’s the final touches to the bodywork. 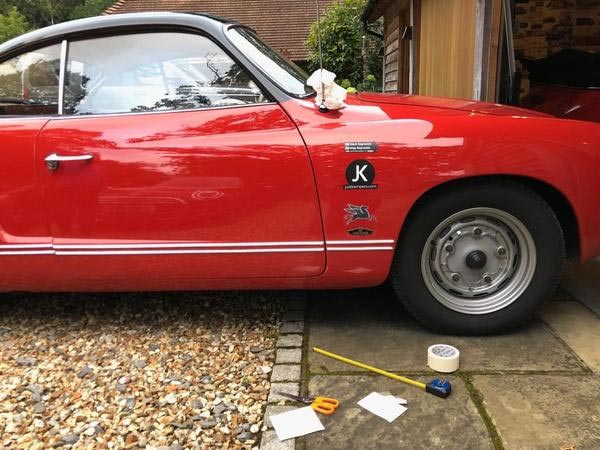 The ‘59 Ghia’s powered by a 1300cc Denzel engine. Developed in the early 1950’s blending Denzel’s unique parts (check out where the spark plugs go!) and a VW 30hp engine case. 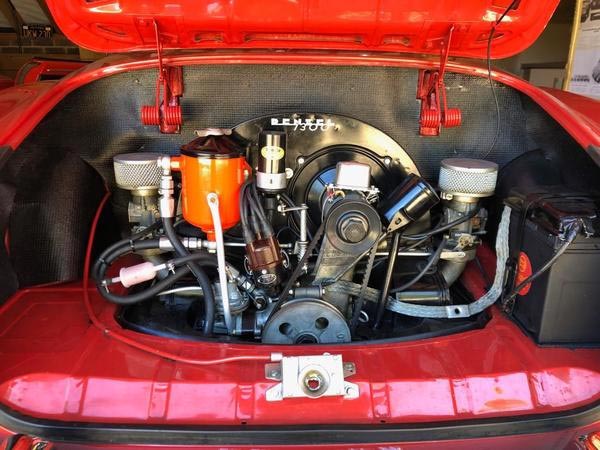 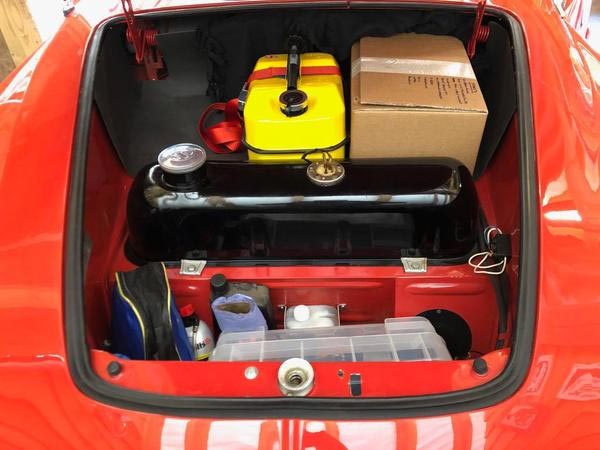 Benji the JK dog, checking out the seat comfort. Sadly, he doesn’t have pet passport yet!

After doing the Peter Max Muller Event in Germany earlier in the year, it was decided Porsche A brakes were a needed upgrade, to make the car safer, whilst keeping the car in period. 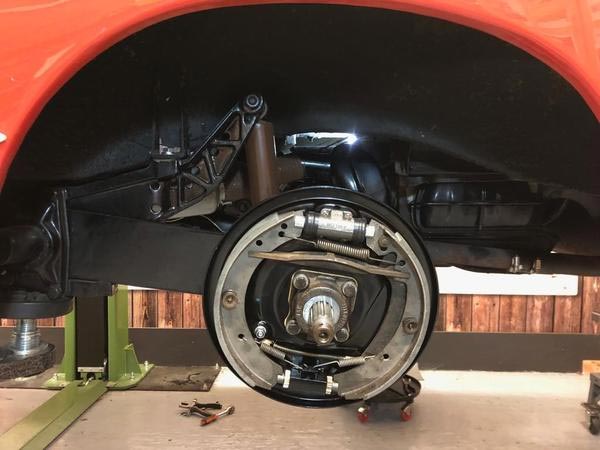 The cars been respectful converted to 12v. Rewinding the original VW dynamo, starter and wiper motor. 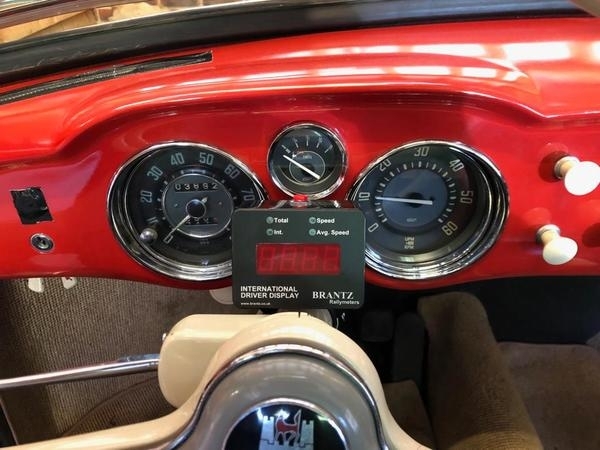