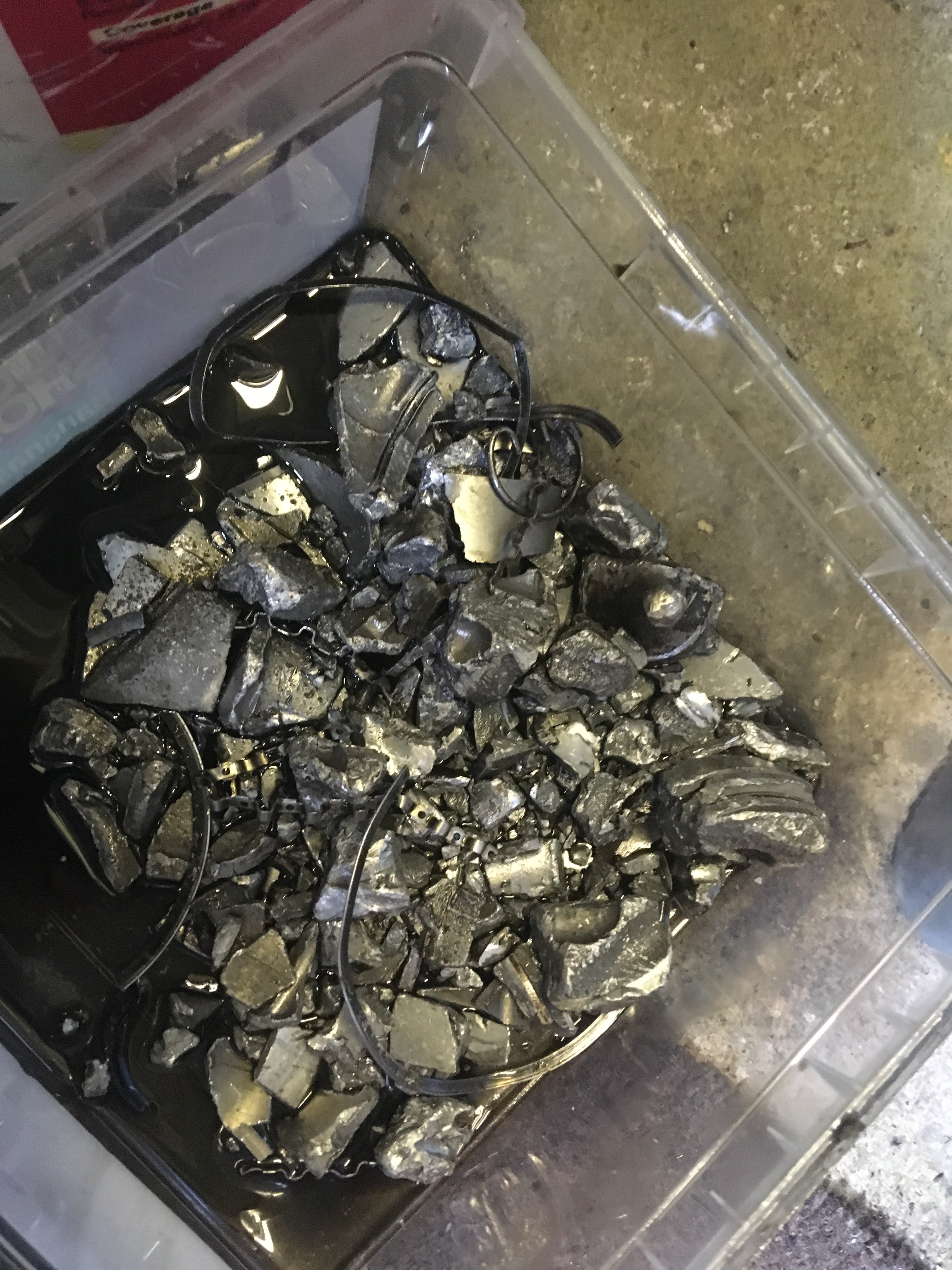 So, this all started back in 2018 with the re-commissioning of Herbert our 1500s Notchback. During an engine run, following a gearbox change, a loud squeaking was heard from the engine. It was quickly shut off, but alas, the damage had already been done. We couldn't move the engine by hand! The engine was removed again, and yes, it had seized. We then did an autopsy as to why and, bearing in mind the engine had done around 500 miles before being mothballed, we were surprised that the oil pump wasn't correctly engaged in to the cam gear! Ah well! 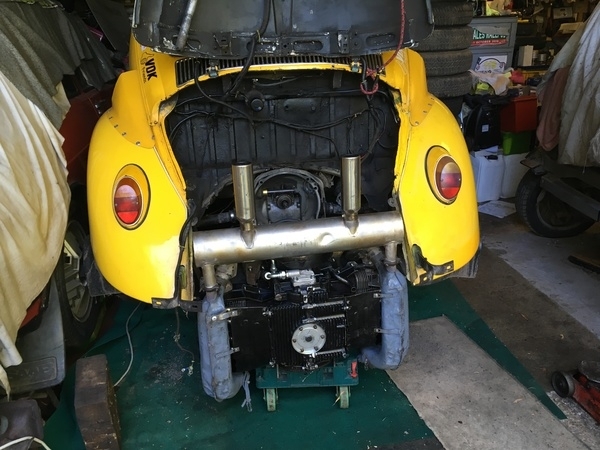 Off to the machine shop and engine builders. We also sourced some new parts, such as oil pump, new barrels & pistons. These were delivered to our engine builder and left with him. Unfortunately, within a week, this part of the UK was subjected to very heavy rainfall and sadly our builder had his engine and gearbox workshop flooded. We were sent photos once the flood water had subsided, of the tide mark of 3-4 feet of water which had included sewage, that had run through the workshop. All the boxes with our engine parts, as well as the hard to find VW tools for rebuilding, lathes etc. had been ruined! We were over there like a shot to collect all these parts. We washed out the mud and flood water from all these parts, however rust had already started to set in. These parts were then left to soak baths of oil to try and stop the corrosion until we could take stock of the best way forwards.

Fast forwards to October 2018, whilst having used Bertie throughout the season, to Lombard Bath Rally 2018. Speaking to a friend, Paul Dickinson who had entered his red & black Rally 1303s, about the trials of our 1500s engine, he very kindly offered to rebuild this for us over the winter season. We couldn't wait! Paul's father used to own a VW Dealership and Paul had grown up on VW repairs and engine building - we were now in good hands. Paul rebuilt the engine for us, and we refitted it to Herbert. Drove the car into the trailer and we took Herbert to the Volksworld Show in March 2019 where he was on display. What a great weekend. Afterward Herbert being taken home on the trailer and parked at Team Colorado HQ. We noticed a small weep of oil from the oil pump the following day. Popped the oil pump out for a new gasket and refitted it. The engine wouldn't turn over! We stripped it down as far as we could on the car and still couldn't turn it? Oil pipes checked for oil, and they were dry! Out came the engine and when removing the flywheel and oil seal we put a breaker bar on the pulley nut and could see the main bearing rocking back and forth! Another seizure! The case went off to the machine shop with the crank for checking and cleaning (again) and all the parts were taken back to the amazing Paul Dickinson for its second rebuild. Then the bad news struck again! 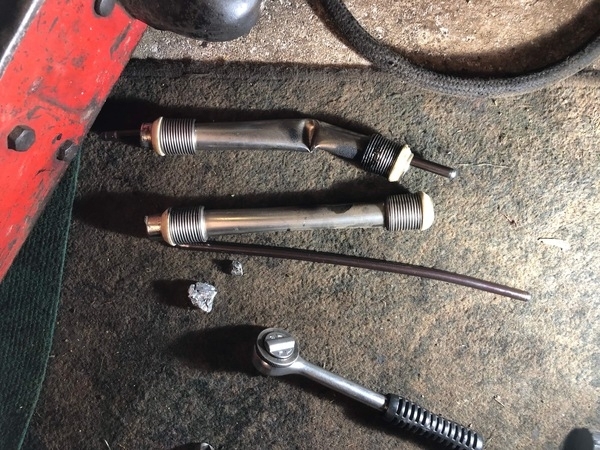 Super Paul to the rescue again by kindly lending us the old engine from his Type 3. At least we could still attend shows. With Bertie and Herbert now on the road we took both cars to Stanford Hall. Sadly, our excitement of Herbert's return was curtailed when Paul called to say that the Cylinder head studs had started pulling out of the case! Ok we thought, on with the engine build for Bertie while we source a replacement crankcase for the Type 3 engine. Later in May we headed off to Newport, Wales with Bertie for a demonstration event at the Celtic Manor Golf & Country Club. As part of this Premier event Bertie and a Bob were getting to know the circuit and layout. Being flat out in 2nd and dropping the car into 1st gear is never a good idea, unless you are trying to lock the rear wheels. Well, let's just say that the rear wheels didn't lock, and the needle on the rev counter hit the wrong side of the stop needle! A valve made contact with the piston destroying it, the head, two cam followers, bending two connecting rods and filling the engine, inlet and exhaust with many thousands of bits of engine. Bertie was now very poorly, and Bob was feeling very embarrassed. Checking carefully through the damaged parts from the Okrasa engine we noticed a bulge in the top of the case where the free rod had tried to escape!!! His case was now scrap too!! Things were definitely not looking up for us now. Two Rally cars and we can't even use one to compete with. At this point we had just sourced another case we could use for the Type 3, things are on the up! 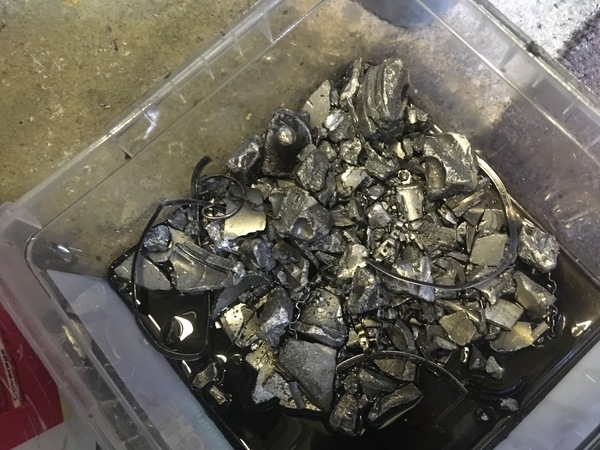 New case delivered to Paul and the engine rebuild starts again. Hunting through Bobs parts we found another Type 1 crankcase! Let the engine build for Bertie commence. The Machine shop checked the case and crank for damage, another cylinder head dug from Bob's spares (it's amazing what we have stashed away) and we started the rebuild. Engine together and fitted into Bertie. Started and runs, oil light goes out after too long of the engine running! Engine out to investigate in case we had missed something during reassembly. Sadly, we hadn't.

Engine back together again with everything lubricated again. Engine turned for ages on the starter to try and get the oil pressure up (our oil light goes out at 20psi) and no joy. We started the car and again the idle oil pressure was still low. We let the engine warm up and the pressure just seemed to get lower and lower as the oil warmed What have we missed? We stripped the engine down again, carefully inspecting and measuring everything. Then we noticed something. The middle main bearing on the crank (the split one) had one half that sat level in the case on one side, in the other case half however the bearing sat down lower by 1.06mm against the saddle. This was where the oil pressure was going! Machine shop checked the case and crank again, and another set of bearings ordered and fitted. Engine assembled again, and run, this time the oil pressure was much, much better. At last!!! We are still checking the engine out and running it in, so watch this space. We WILL be at the Roger Albert Clark rally in November and would love for you to come and support us! Details can be found here - http://racrmc.org/roger-albert-clark-rally/index We can't wait to see you there!!