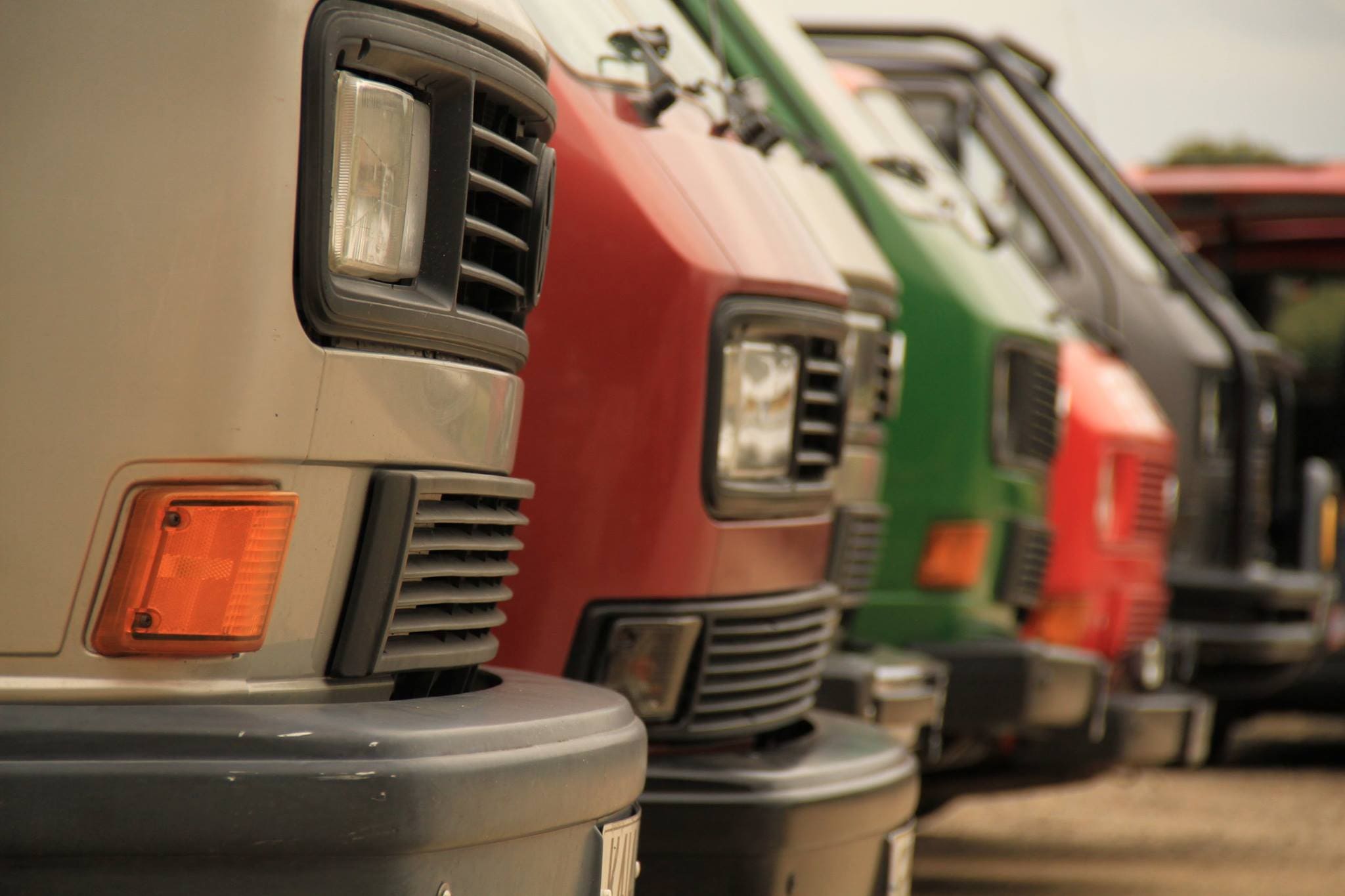 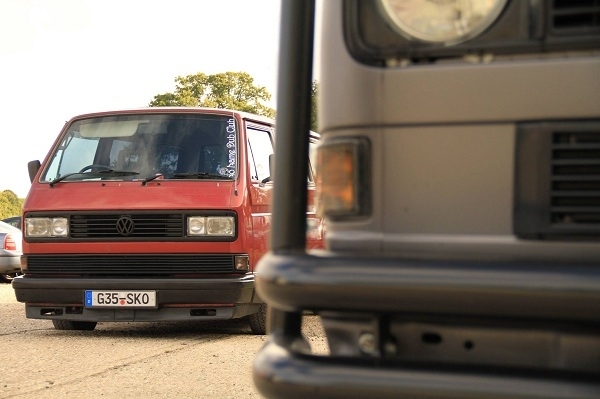 Like most relationships many would identify their feelings concerning the T25 a bit of a slow burner. Their obvious and deliberate departure from the curved lines of their predecessors, the Bay and the Split, for some at least, made them a little bit “Marmite”. They definitely split opinion, but, its fair to say that for as many people who decided the T25 wasn’t for them, there was an instantly strong affection and appreciation in others.

The T25 celebrates its 40th birthday this year. Across the globe it has many different names, being known as the Vanagon, the Wedge, the T3 and even the Brick on account of its boxy dimensions. Regardless of what you know it as; it has garnered great affection over the years and an ever growing appreciation.

What started with fairly simple 1600 engine type on first production in 1979, quickly changed to allow more power, in the form of the 1900 and 2100 engines, this combined with larger internal dimensions allowed for more practical use. Further models provided scope to go off road and seek a totally different kind of adventure.

What is certain is that in those 40 years they have been, and continue to be, an intrinsic part of creating wonderful moments for their owners across the globe.

Well known in the VW scene Weener has owned (several of each) type of pretty much every VW going. Given that it really says something that he has a definable preference for T25’s. 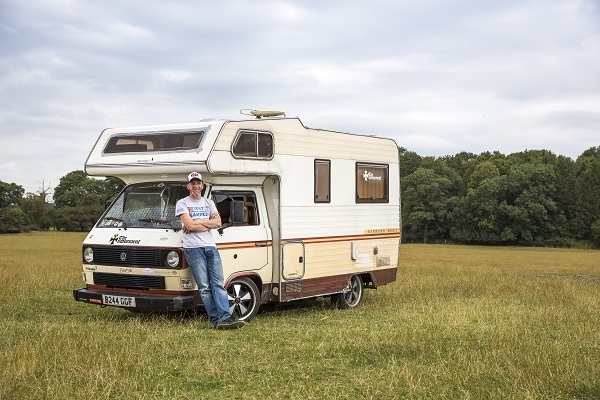 “It started with my first T25 Karmann Gipsy. It’s fair to say it was full of character (and mould) and mushrooms – literally growing out of the roof vent! There was just something about it that we loved instantly. I have another Gipsy now. After the first Gipsy came another T25, that I had co-owned with a friend but, after using it and falling in love, I convinced my partner that we should own it outright. After saying “No” we had one trip in it, and she fell in love too!

It’s this that I used on the Lands End to John O Groats charity run we did with work. It drove amazingly well – easily keeping up with the T5 and T6 in the fleet of vehicles but also has the retro charm that I love.

I go to loads of shows (nearly every weekend I’m somewhere different – in the UK and Europe) and my T25 is the vehicle I travel in.  I’ve owned Splits and Bays in the past and as much as I loved them it’s the power and practicality of the T25 that makes them special. You get there quicker, when you go to sleep at night there’s room to starfish across the bed without upsetting your other half, and it still has a classic appeal that is growing – what’s not to love!” 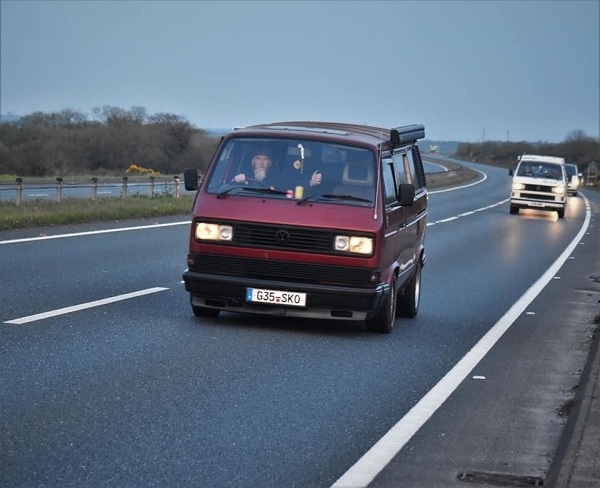 Weeners current love - his T25 on the LEJOG charity run 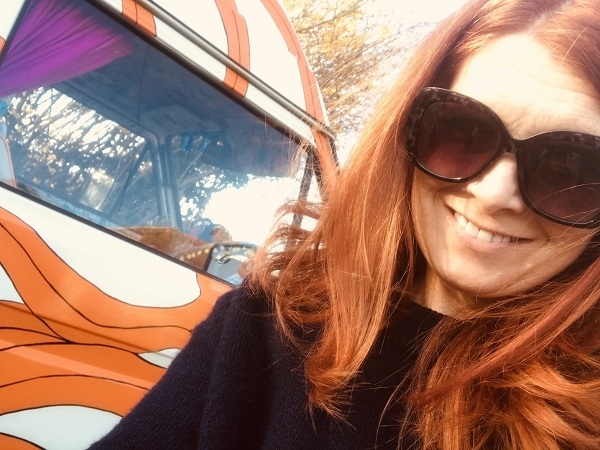 I looked at 6 T25s and covered 660 miles in my quest and typically, just when I’d given up my search, I found one less than 30 miles away. Not being very mechanically minded and a single girl, I wanted a good a one as I could afford but had a wish list which included high top and petrol. 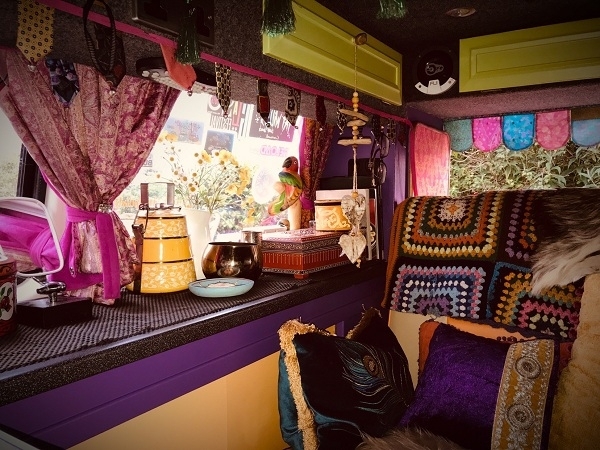 Vanelope Dubstop is a 1990 Autohome Conversion but not registered until 1994 which confuses some. She started life as plain white but has had a bit a revamp on a budget! Everything has been made, repurposed and created by me. I have painted the bodywork and will keep adding to it and the interior is a mass of colour, not everyone’s cup of tea but, if nothing else, she never fails to raise a smile. 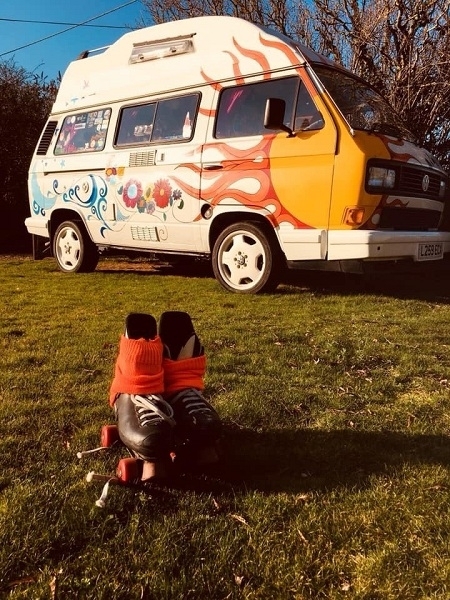 "I enjoy nothing more than pottering off somewhere with my two dogs on a solo camp, camping with friends and attending festivals!" 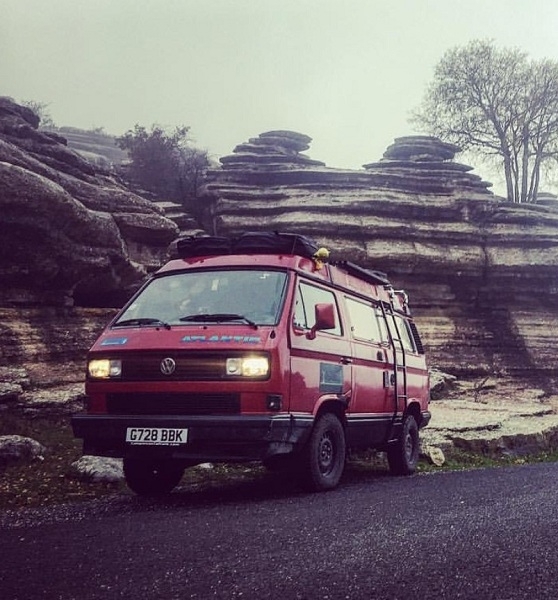 Why do I love the T25?  I don’t.  I need it.  But I would say the same thing about a Swiss Army knife.  It isn’t the best knife, the best screw driver or even the most effective tool.  However, it can do most things and it will fit in your pocket.  The T25 Syncro Westfalia isn’t the best van for me to live in, but it is the best van for me to travel in.  From +40c in Southern Europe, to -30c in the Arctic.  A 4wd vehicle that packs a huge living space but can squeeze into a supermarket space.  Did I mention 20k miles in 12months, without breaking down too?? 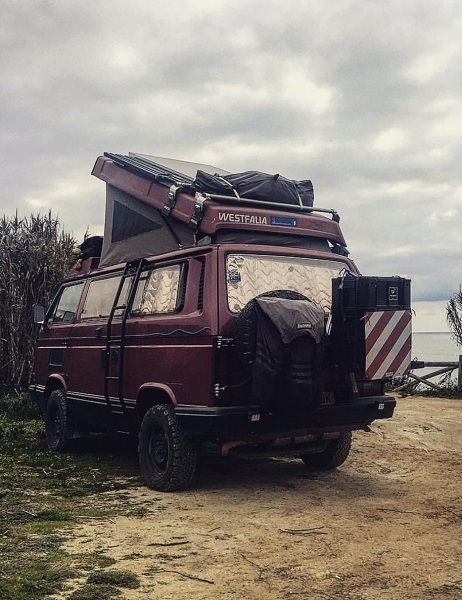 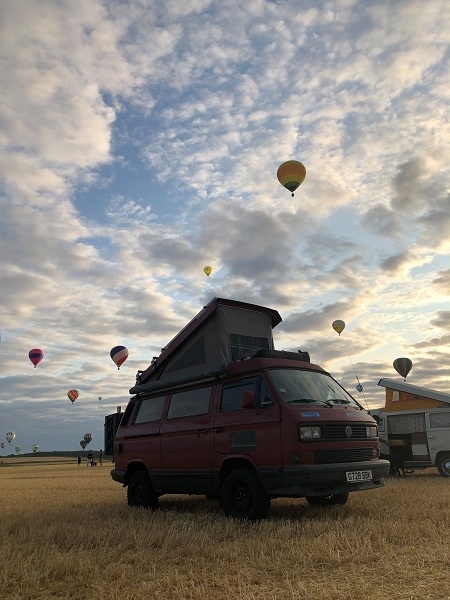 To join the ChefCampers journey you can find them on Insta and FB - or head to www.ChefCampers.com

Tim and Gemma have grown up working on cars and bikes, A love of VW’s has been something that has always been shared by their family. It helps that they both work at JK obviously! Over the years they have co-owned, swapped and enjoyed various T25’s. 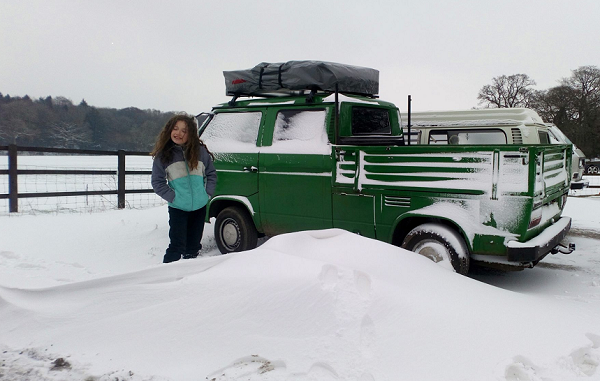 A snow day vehicle of choice!

From the practicalities of using the T25 crew cab pickup, that they imported from Poland, for their now traditional Christmas tree shopping trip with their respective girls, heading off with their families in the T25 campers they own on family holidays or beach trips – or heading off on the LEJOG charity run together- T25’s have always been a part of the family. 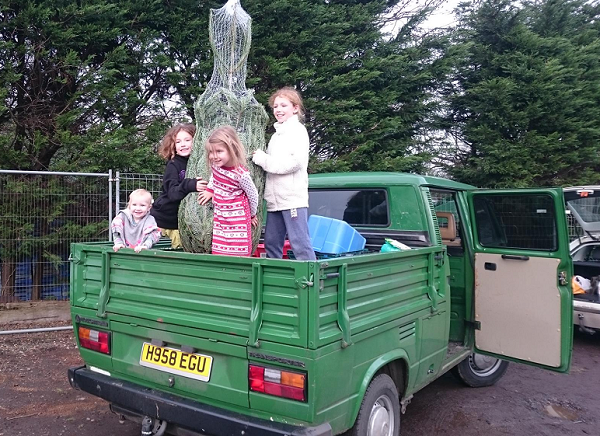 The traditional Christmas tree run in the pick-up

“Whether it's separately taking our respective girls off on holidays or together as a larger family group, over the years a good many of our best memories have had a T25 at the centre – we’ve both had several different types of VW, but there is something about the T25 that brings us back to them time and time again. I don’t think there would be a time when we weren’t without one between us!”   Gemma Halliday 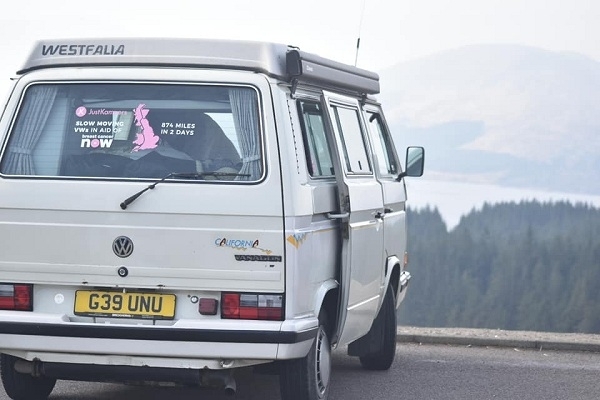 One thing is certain, over the last 40 years these vehicles have been an intrinsic part of many lives, and have been at the heart of some amazing memories. Here's to the next 40...

Do you own a T25? Would you like to share with us your stories from the road, amusing anecdotes or why they mean so much to you? Please send them to; [email protected]