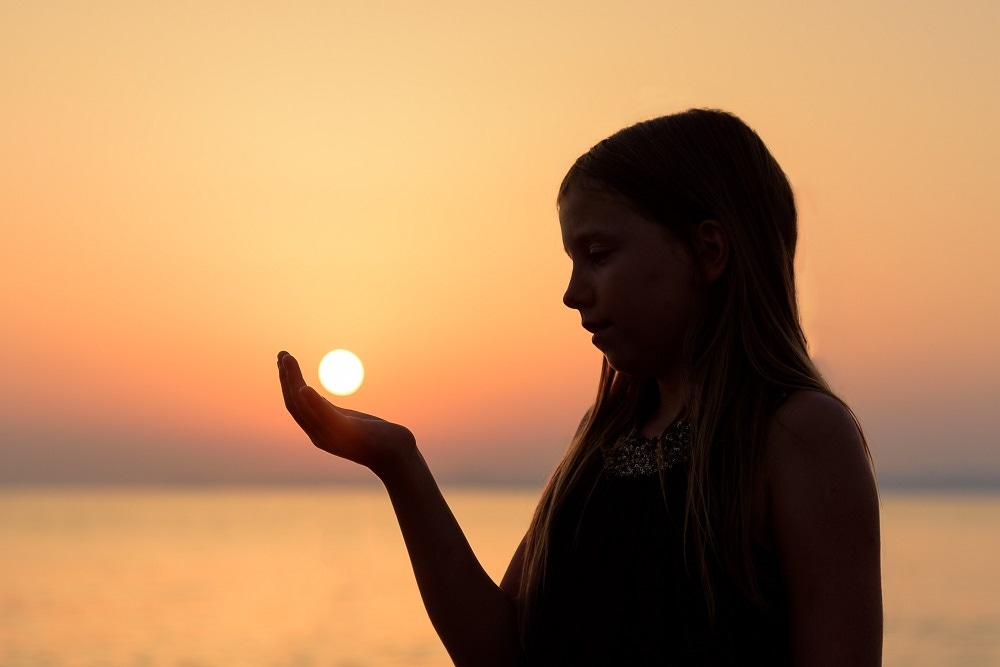 There’s no denying the restorative power of the sun. When the sun is shining we all feel energised and our general feeling of well-being increases.

There are other ways too in which the sun’s power can make us feel better about our day!

Consider your ‘working from home’ days becoming your ‘working from your roaming campervan’ days, or, making savings on pitch fees at the campsite as you utilise your own electric supply, the associated freedom to travel and wild camp without being reliant on just a leisure battery whilst off in the wilds. Not to mention the eco credentials.

It all sounds amazing but there must be a catch, right?! Historically, yes, there was. The cost of such a set up made it prohibitive for some and for others the time it took to break even left it an unattractive prospect.

Particularly the monocrystalline solar cells – which although being the better performing type of solar technology had previously been significantly more expensive. But thankfully things change and now the technology is more affordable than ever.

So, before we confuse you with jargon (and believe me it's left my head hurting!) lets focus on some basics.

And when I say basics I mean it - this is a subject that can easily become overwhelming and whilst some of us might be interested in the formulaic properties of our electrical requirements – if you’re anything like me you’ll just want to know if you can run a laptop in conjunction with a fridge whilst charging your phone?!

In very basic terms: imagine a sandwich comprised of a positive layer and negative layer with a bunch of over excited atoms who bounce between the two – getting so excited that they start to knock electrons loose and so create electricity which we know as DC (which denotes Direct Current rather than being a reference to a well-known comic book publisher). 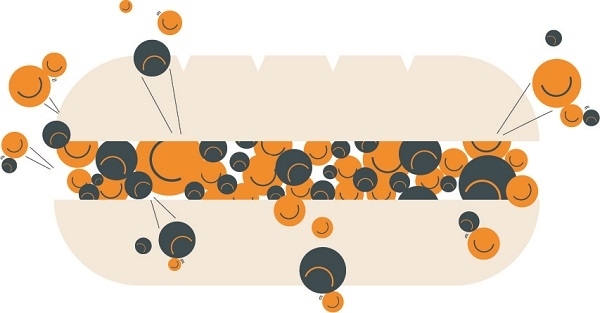 This in turn can then be passed via a control panel to your leisure or drive battery (or both in some cases) ready for you to use as power.

There are many formulas that exist to allow you to figure out what your likely draw will be and how that equates to wattage requirements to inform your choice of panels.

Typically, you would need to ascertain what your power requirements would be and there are some formulas to help you do that. (The other alternative is to be prepared to use your leisure battery as desired and see how long it lasts during that time. You’ll need to know the Ah rating of the battery (likely to be 110 or 200Ah). Should the battery have lasted two days on a 110Ah battery your calculation would be 110/2= 55Ah per day. Obviously, you are unlikely to use the whole battery, but it’ll offer up a rough guide to your needs.

Outside of this you’ll be looking at getting your head round some mathematics based on all the electrical devices you are hoping to use whilst you camp. Yes, you’ll have to do the maths for each one. (Quite frankly it’s a bit of a drag but the last thing you’ll want is to kick yourself later when the solar panel wasn’t up to the job).

There’s a handy chart below that you can use to help you work out what you need, along with an example should make that process easier!

Of course, you will need to be aware that the amp hour rating of your leisure battery will have a huge bearing on how long you are able to charge your electricals. Clearly the greater Ah rating the better, especially if you are intending to use power when it’s still dark. This may of course see you incurring a further cost. Typical leisure battery usage for a small campervan you’d be looking to have a minimum rating of 110Ah battery.

You should also consider if you wish to utilise a power inverter as these are inefficient and have a large power draw. It's far better to use items designed for the 12v current or a cigarette socket (12V) adapter for the specific appliance (in the case of a laptop for example).

After you’ve established your power requirements you’ll then be wanting to consider the different types of solar panels available.

Monocrystalline and Polycrystalline – the difference between them being the composition of the silicon substrate that forms the solar cells. As the name implies in the case of the Monocrystalline each cell is made up of a single crystal – this leads to a more efficient panel and therefore reduces the size required. The Polycrystalline is made of many crystals and is therefore less efficient although this has typically meant the cost of the panel was cheaper due to reduced manufacturing processes. It also means that you would require a larger panel to produce to same amount of solar energy as the Mono. 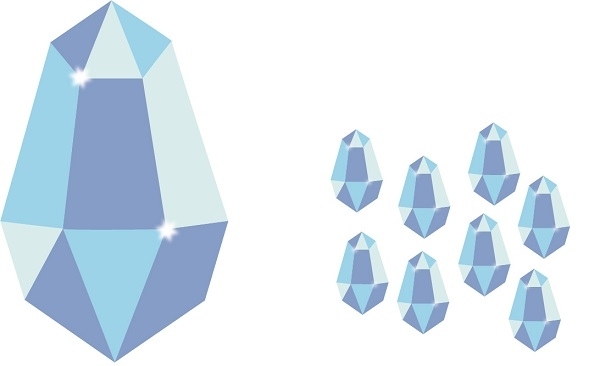 Thin Film panels have a thin layer of the semiconductor material on the service. Significantly cheaper but in turn much less efficient (requiring a larger panel area) and a shorter life expectancy.

The other considerations are where and how you intend to mount and indeed use your panels.

At JK not only do we offer both Mono and Poly Crystalline panels, but we also have a range of options in terms of flexible panels that are designed to be permanently fixed verses portable versions that allow for the greatest flexibility of use.

The flexible panels resemble a wobble board though we wouldn’t suggest that you break into song with a slightly dodgy Aussie accent. They are about the thickness of a thin piece of card and are slender enough that you’ll have no worries when using carparks with van height restrictions.

They have the added benefit of being ridiculously easy to fit…

The portable version comes in its own carry case and has poles that enable you to situate it in a prominent position for the sun. These are perfect for those who have multiple vehicles and want to transfer the solar functionality between the two. It’s also great for those of you who don’t want to commit to a fixed panel.

Other than the panel itself you must consider the conditions in which you are likely to utilise your panels. If you are thinking primarily about summer use, then obviously the amount of power generated will be significantly different to that of the full time vanlifers winter requirements.

The differences between expected output during summer and winter are clearly demonstrated in the table below:

Solar panels sold in the UK are done so with a power rating in Watts. This is based on tests at STC (Standard Test Conditions). These loosely equate to the power of the sun during summertime in the UK. The function of this is to make them more easily comparable, but does not guarantee power available. The length and intensity of the sun on the panel will vary greatly dependant on the time of year and position to it.

For most panels you will require a charge controller – with the kits and the portable system these are included but are also available separately.

In the case of the flexible fixed system the controller allows for charge of two separate batteries at once and for direct management of them. In the portable panel there are also usb sockets that allow for charge through the unit. The function of the control unit is regulating the power coming from the solar panel. This stops the battery from receiving too much power or indeed allowing power to flow back through the system to the panels when dark.

For more info on the panels we can supply please see the products here:

So returning to my original question – can I intermittently keep my laptop charged up, cool my beer in the fridge and charge my phone when I need to, without having to invest in electric hook-up – well based on an 110Ah (or larger battery) in conjunction with one of our 100W solar panels – as it turns out, I can!

By the way guys, next week I won’t be in the office. I’ll be working from the van parked up by the sea somewhere beautiful… Happy days.

Your battery produces 12 Volts (approximately) so to work out the drain on your battery use the appliances power rating: Watts/12

Then multiply by the hours usage, in the case of the fridge 24hrs

Use this calculation as detailed on the table listed in the blog to calculate overall Ah requirements for all appliances.

Polycrystalline- solar panel using many crystals in each cell (not as efficient as the Mono panel and will typically require a larger panel to provide the same comparable power as the Mono. Historically less expensive because of a cheaper manufacturing process – although this is now not always the case).

Thin Film Panels (also known as Amorphous panels) – these are panels that are sprayed with a thin layer of material that conducts the solar energy. Because they are thinner they're more susceptible to damage and are also less efficient requiring bigger panels to achieve the same results.

When using your solar panels try to optimise their exposure to the sun, be aware that their efficiency will differ dependant on time of year and sunlight. The solar panel is only ever going to be as good as the battery it is keeping charged -so look after both. Keep the solar panels clean and un impeded.