Ninove and Back Again (Eventually)

Ninove and Back Again (Eventually)

Last weekend Meg and Luke, two of the youngest members of the JK Team, headed to Ninove, Belgium for the awesome Freddy Files show. Here's Meg's report on how they got on:

'This trip to Ninove was my first European trip as well as being the first trip the Bus had made in years.

On Friday 10th March, while my boyfriend Luke and I were busy working at JK HQ, Luke's dad spent 15 hours getting the T2 Campervan ready for its trip.
Our main issues were the Dynamo, which wasn't charging and we had to pick up some parts from work, including thermos mats, European travel kits, and a pulley kit to get us ready to go to Belgium.

We were struggling with the dynamo because the fan kept rubbing on the fan housing, due to the shims being put on in the wrong order. Eventually we worked it out, got it all back together and got it running smoothly again. 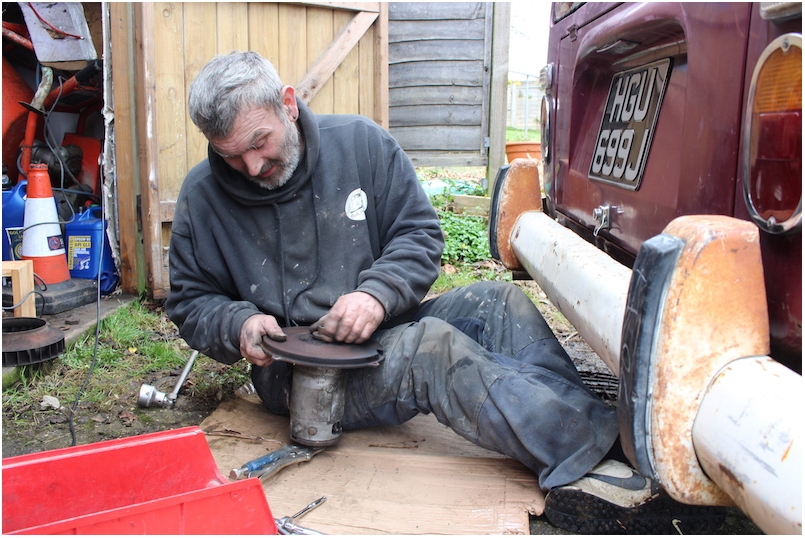 Next on the to do list was to give the bus a wash. My friend Ashley, Luke and I were the ones to tackle this job, but in our rush to set off to Ninove, we completely forgot about cleaning the rear half, so we ended up going to Belgium with a dirty behind!

We took the bus on a couple of drives locally to make sure everything was okay, and everything seemed okay, for now... Luke, Ashley, Tom and I got roughly an hours sleep before we needed to be awake to hit the road. We left at 3:30am, with a convoy of 3 beetles and the bus. We were all given a walki talkies by a friend in our group called Joe, so we could stay in touch with eash other. 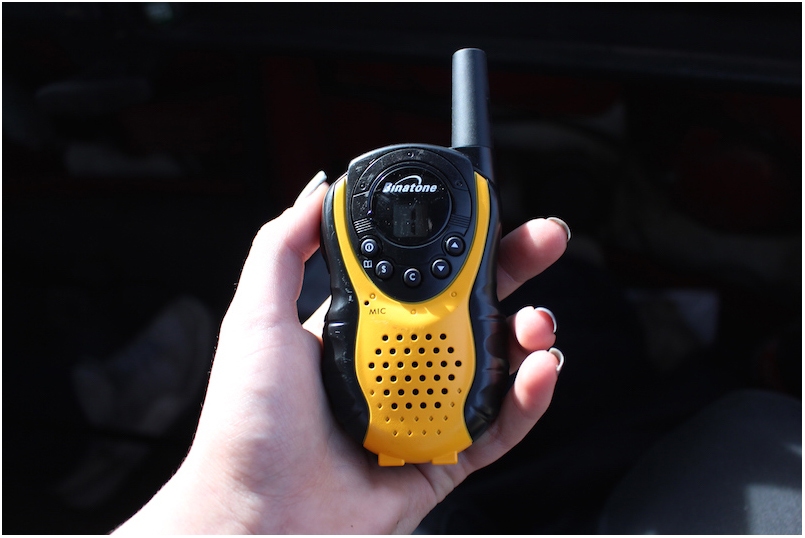 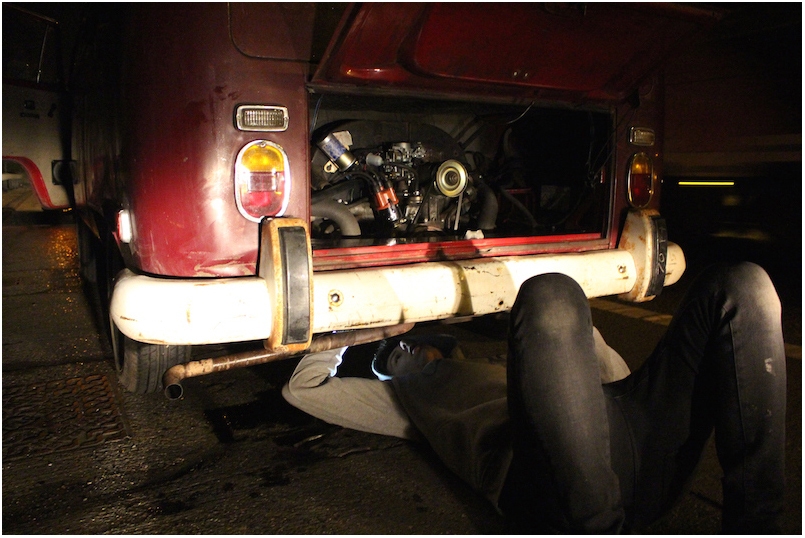 It was extremely lucky that we did have the walkie talkies, because after driving for an hour Luke said the bus was starting to smell warm. Two seconds later over the radio we heard “PULL OVER! SMOKE!” from Beth in one of the Beetles behind us. We span around in our seats to see a massive puff of smoke come from the bus, we pulled straight onto the M25 hard shoulder and turned off the engine. Luke spent a while trying to figure out what the problem was, the AAs number was on hand ready... Finally, Luke found the problem, the Bus had previously been fitted with an external oil cooler, which has been removed, but part of the pipework had been left in place.   this pipe had perished and split.

After an hour and half trying to fix the bus, Luke falling down some concreate steps and with the AA on their way, our friends had to go on without us to catch their train at 8:20. Luke and I postponed our train to 10:50 thinking that would give us enough time.
It didn't!

We spent a total of six hours broken down that morning, and even though we pushed our train back again to 11:50, we were still late and got the 13:20 train! A tow truck came and picked us up and took up to Cobham Services, which is when the AA turned up. They came without a replacement hose, so we waited an hour for him to go get one. I fell asleep during the fix, but I was woken up by someone shouting ‘STOP! OIL!’. 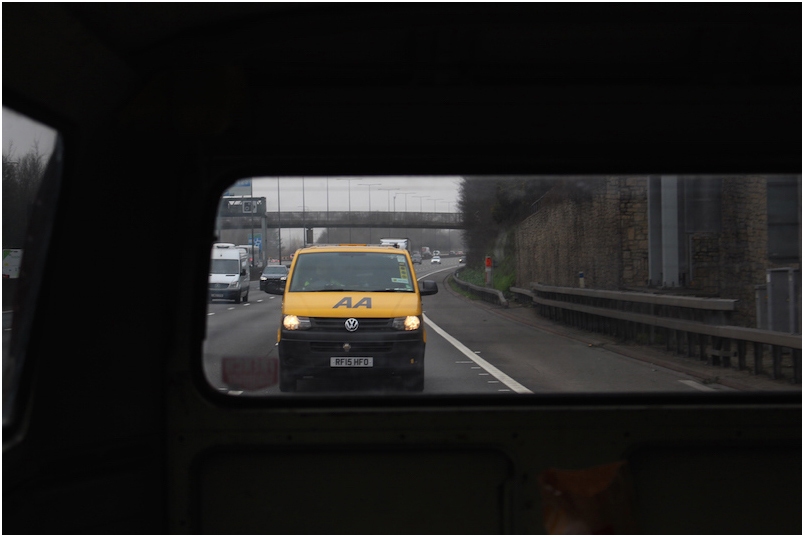 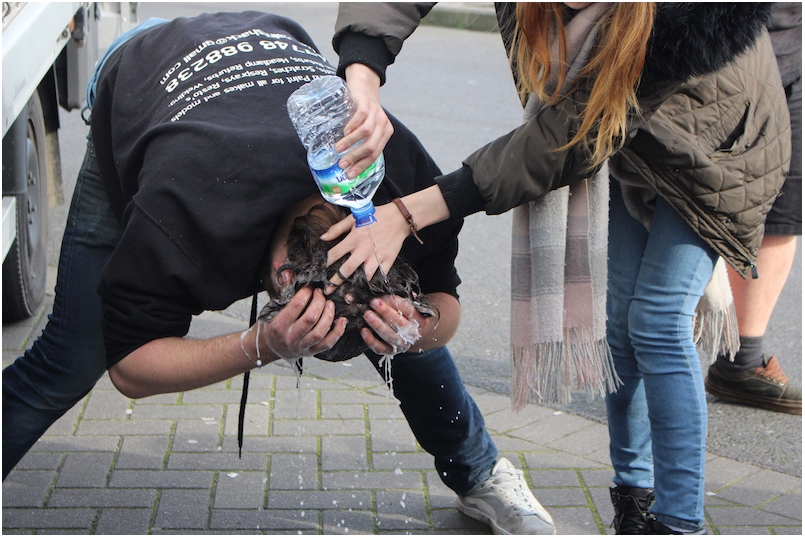 After some more head scratching and tinkering we did finally fix the problem and made our way to the Euro Tunnel with the AA following behind for a few miles just to check everything was okay.

Once we’d got across the tunnel and had arrived in Belgium, our walkie talkies came in range of our friends’. It turns out they’d been waiting at a Belgian service station for the last four hours! Despite the delay, everyone was so happy to see each other again. We took the opportunity to wash Luke’s hair, as it was full of dirt and oil, and I decided it would be a good idea to grab an exhaust to check no oil was leaking. Turns out the exhaust was still really hot, and I burned my hand…

Once the group were all back together we made our way to Ninove. The bus was going to make it! It took us roughly an hour to get into Ninove, by this point we had one Beetle not idling as well as the bus not idling. We also had a Beetle that would not go into first or second. It was going well.

When arriving in Ninove, Ashley’s super low Beetle got stuck on a speed hump, and he still couldn’t get into first gear, so we ended up waiting for him. On the bright side, this delay allowed us to follow a gang of Buses on to the Ninove high-street where we camped for the evening.

We spent that evening in the pub, looking around Ninove, and generally being relieved that we’d made it!

That night it was nice a cosy in the bus, due to Luke and I blowing up an air bed and chucking a lot of duvets on for a bed. In the morning, we were woken up by the roaring on air-cooled engines, and the brisk cold weather. This was the beginning of the best car show had ever been to! 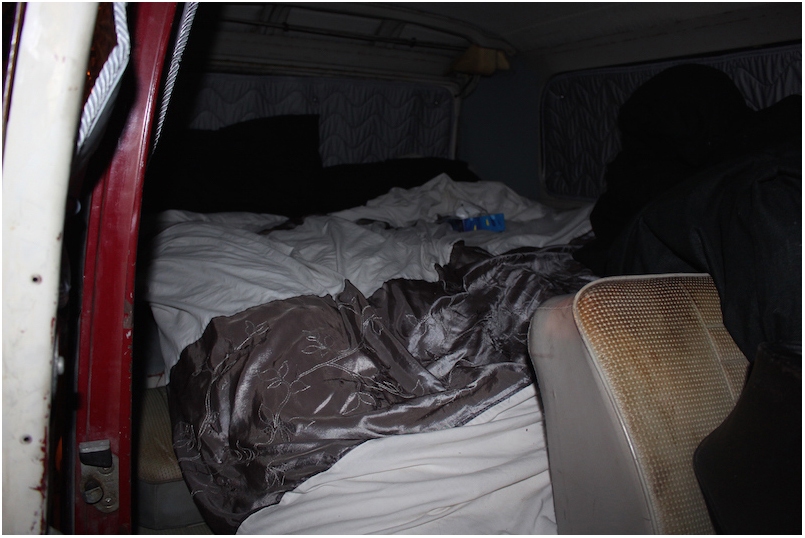 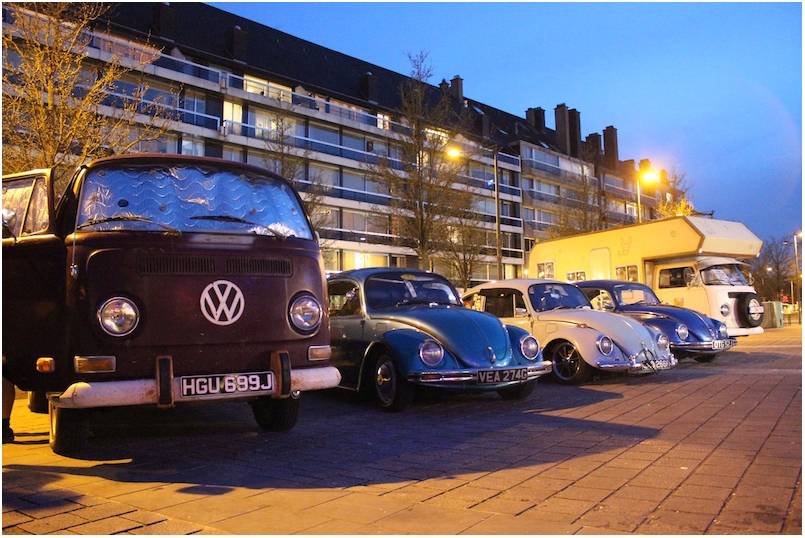 I stepped out of the bus to be welcomed by a mass of Buses, it was already amazing even though the show hadn’t begun. Because my friends all had Bugs they had to drive from the high street and back into the show, they were parked by the second ever SP2 I had seen in my life. Later on this SP2 was awarded one of the top twenty ribbons.

There were so many amazing cars at this show! Some of the photographs can be found on the JK Facebook page. There was such a wide range of vehicles that I had never seen before, this was also met with amazing weather and an awesome bunch of people to see it with, as well as the food and drinks we had while in Ninove were amazing. 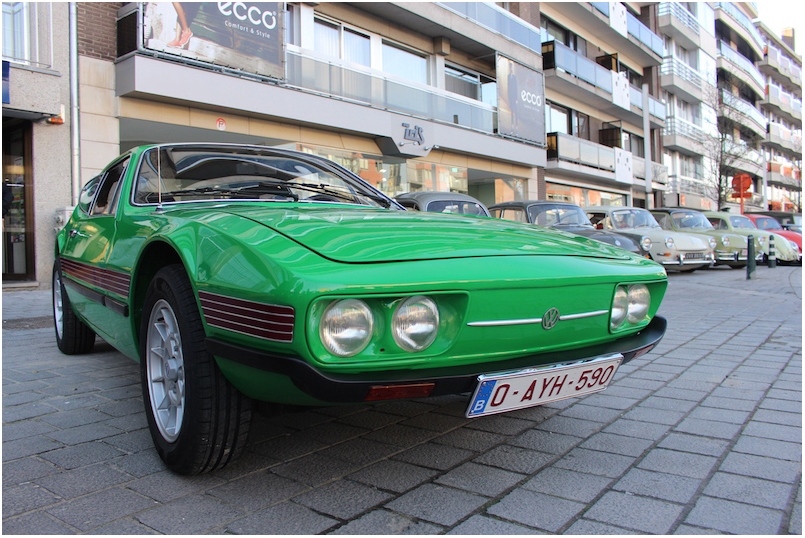 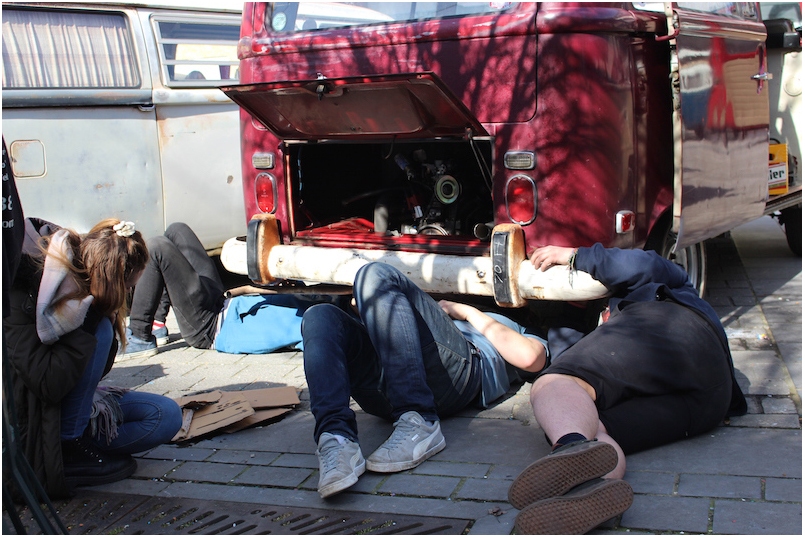 We spent most of our time looking around the market square at all the different parts for sale, trying to find things for our own vehicles. This is when we came across Kinky Mick’s stickers as well as a key cutting stall. Luke decided to get a new key cut. After more looking around the show we went back to try out Luke’s new key, after a few turns out the bus started but stopped right away, the hose burst again and oil went everywhere.

Straight away all the boys were on the case and started working as quickly as they could. This when I found out a lot of the people are the show were really decent people! We asked a Belgiun guy for some hose and straight away he found one and gave it to us, every one we asked for help were helpful, even if they didn’t have the part we needed. We spent roughly two hours working on the bus, which cost Ashley most of the skin off his knuckles! 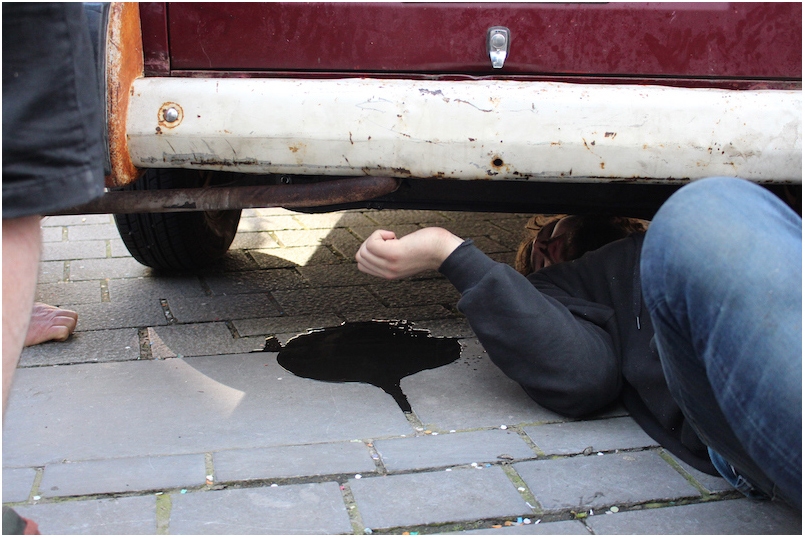 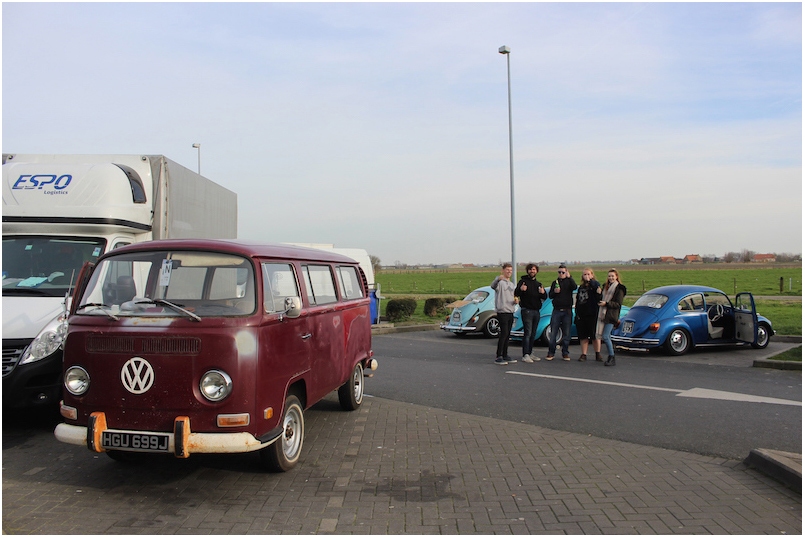 We finally got it fixed, though, and finished looking around the show, then made our way to Gent. By the time we got to Gent, Ashley’s bug was now not idling. This was a problem, as we had to stop and start a lot. After finding out there was nowhere to stay we made our way to a petrol station where we camped for the night. We put up our JK Thermo Mats, got the drinks out, used Beetle seats as our camping chairs, and all sat around laughing and chatting about our time away.

We left the petrol station at 9:00, to get our train at 11:20. However, Luke and I once again missed our train so we had to wait for the next one! When we arrived back in the UK we came across Ashley with his deck lid open and him trying to fix his carb.
After another hour waiting for Ash to do this, it took us an hour and a half (with multiple stops to fill up our cars) but we finally made it home with only getting stuck in one set of traffic. The bus made it to and from Belgium, which amazed us all as it was it's first journey it's had after being being off the road for years.

It was an amazing trip and I enjoyed every part of it!