New Kids on the Block!

Just Kampers Written By James Bell
More from this author

New Kids on the Block!

Meg Cave is currently the youngest member of the JK Team, and works for us part time between studying at college. You can follow the progress of her Beetle restoration right here on JK World.

A couple of Meg's friends dropped by JK HQ this week to check out our HQ and see where the parts that've been keeping their Beetles on the road actually come from. We got chatting to them in the car park, and asked for their stories. Here's the history of James Bell's green Beetle, Yoda.

It's always great to see the 'next generation' of VW owners coming through, taking on projects and not being afraid to get stuck in to fixing up a Beetle over a period of years.

I remember from a young age going to my Nan's house with my family; my younger brother and I used to play and mess around in the garage where there were some TVs and some old game consoles. In the corner of the garage there was a car which was constantly covered over, I was always very intrigued. My nan used to tell me stories about the car, and said when I'm older I could drive it, join clubs, and take her shopping in it!

The bug is a 1973 1303S. The car has quite an interesting story behind it. It was a gift to my nan from my grandad back in 1974. She had owned a few Beetle's already and the 1303 was an upgrade, which at the time was the newest and most modern beetle on the market. It featured a heated rear window, AM radio, bigger engine and mesh/plastic dashboard. Sadly, she never had much use out of the bug and it was left in the garage covered over, where it stood still for over 35 years. The car only had 45,000 miles on the clock when I started the project and everything was completely original, which is extremely rare! 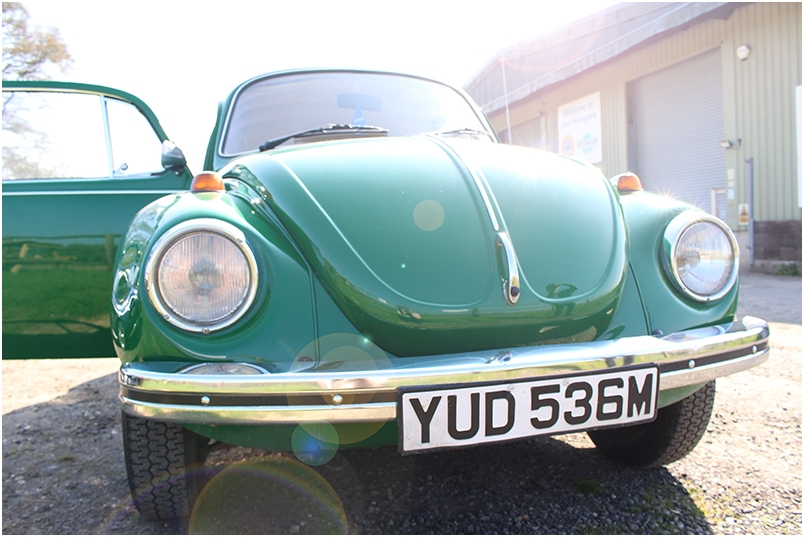 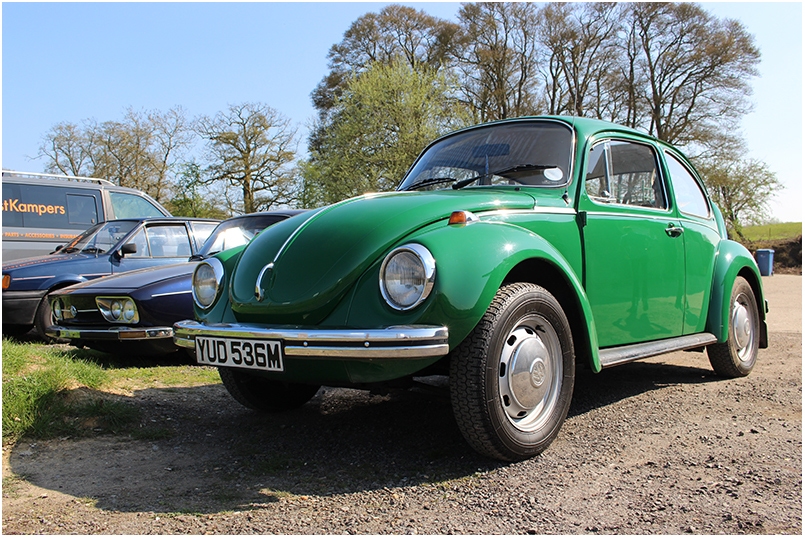 In 2014 I started to pay a little more interested to what model the bug was; all I knew was it was a VW Beetle. I went into the garage one evening and started to pull away the large plastic cover which had been hiding the car for all these years. What I discovered was a vehicle frozen in time.

So in early 2015 I finally got the car out of the garage and onto the drive way. This was the first time in a long time since the car had moved. The breaks felt seized and the battery was completely dead. First task on the agenda was a good hand wash.

The next task was to see if she was still alive. Luckily we had a battery boost charger, however the battery wasn't even holding the slight bit of charge. I connected the booster straight into the car however she didn't even turn over. All I was getting was two lights on the speedo and a faint clicking noise from the engine. 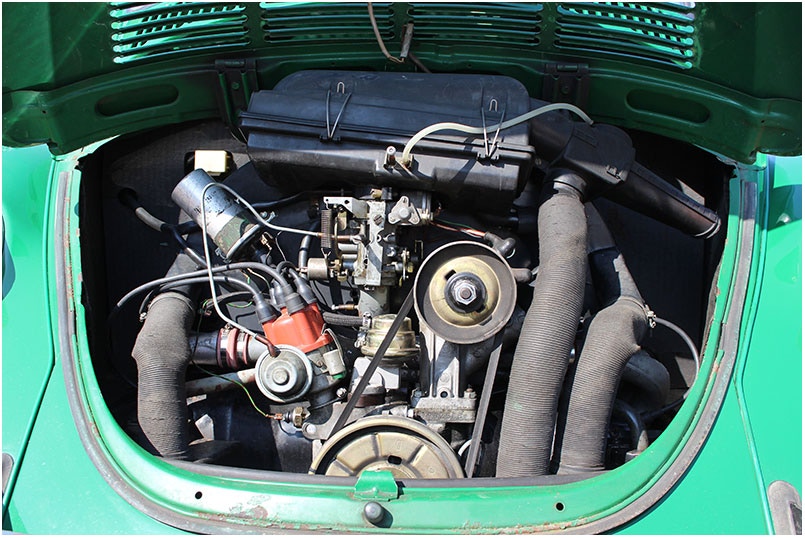 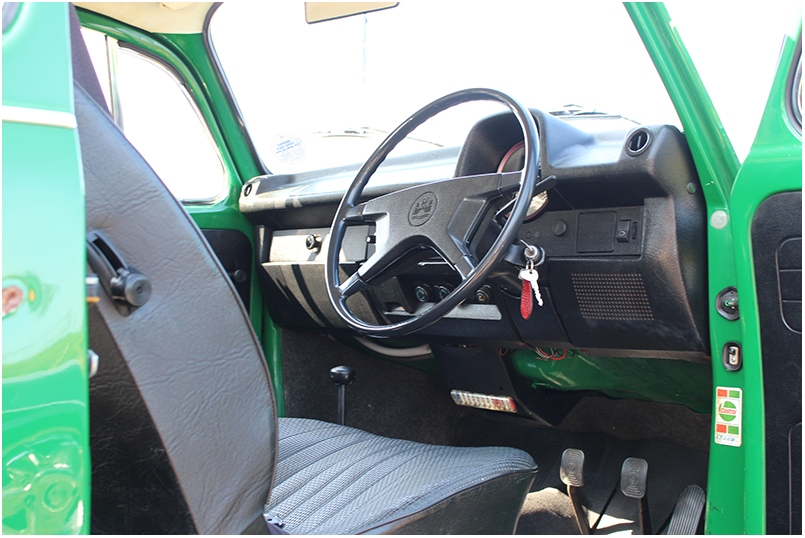 After further examination, I found more problems. The electrics didn't seem to be working properly, there were obvious signs of rust and the fuel tank and fuel lines were completely blocked and rusted.

The fuel tank was the main issue since nothing was getting in or out of it. Over the next few days I got some new parts for the engine including spark plugs, cables, ignition coil, fuel pump and cleaned the air filter. With a fresh battery installed and a bodged fuel tank going straight into the carb, it was time for the first test. The 1303 turned over for the first time in a while. After cranking it for a good 5 minutes she fired up and she sounded spectacular. This was a huge achievement for me, and I knew from that second on this was going to be an exciting project. 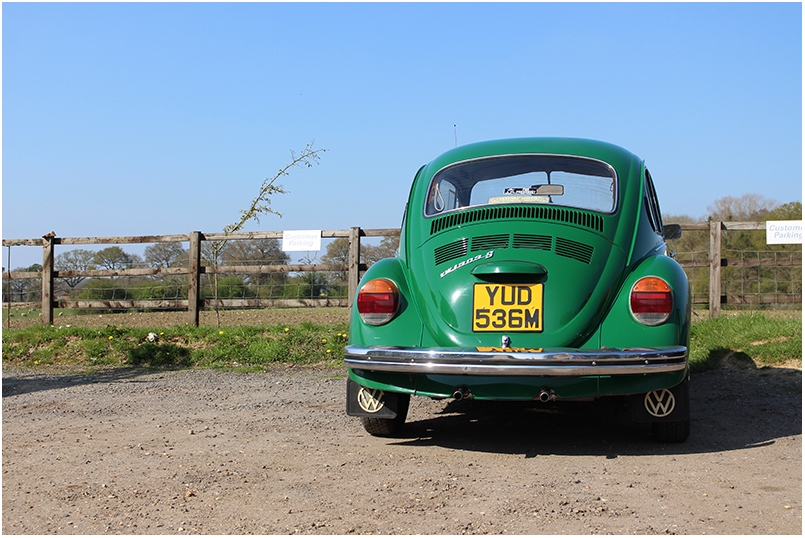 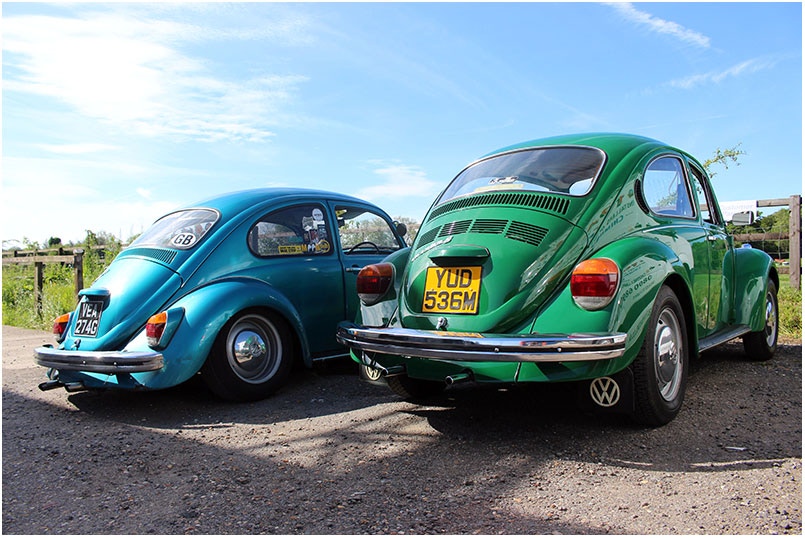 May 2016, I had the Beetle finally towed up to Hampshire. This would make it much easier for me to get it fully restored as I will have much more access to it and not have to travel down to Oxfordshire which is the bug has lived all its life. Up here I have much more resources available to get the bug restored. That evening I got my mates Luke and Joe down to finally see the bug I had been talking about for so long. We managed to get it running up and down my street with the old fuel straight into the carb trick.

Over the next few weeks the Beetle travelled on the back of a tow to Neil's Paint Shack and Bill Rawles classic cars to have some maintenance and servicing to get her running reliably. I could utilize the workshops tools and use the knowledge friends in the industry. Using JK as my parts resource I could install a replacement fuel tank at Neil's paint shack and replace the fuel lines and filter. When at Bill Rawls Classic Cars, me and one of my mates Jack took all four wheels off and sand blasted the steels and then repainted them. We also used some Autosol to clean up the hub caps. They went from old rusty look to a factory style finish! 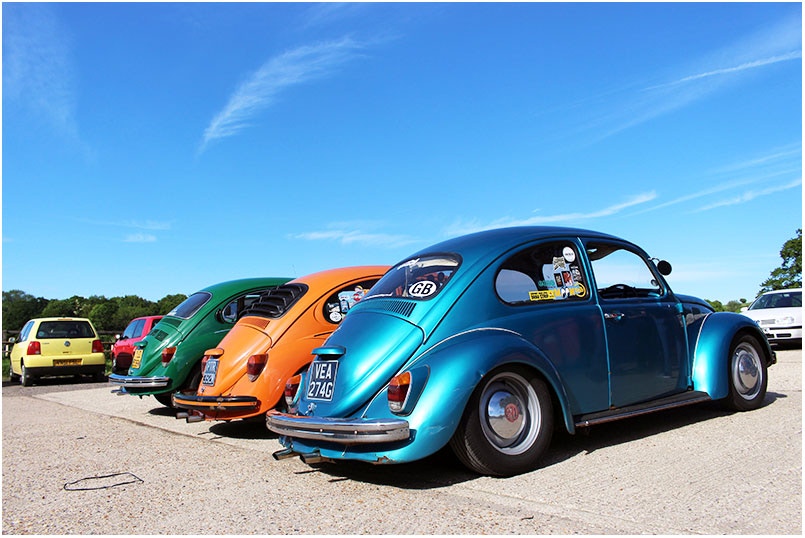 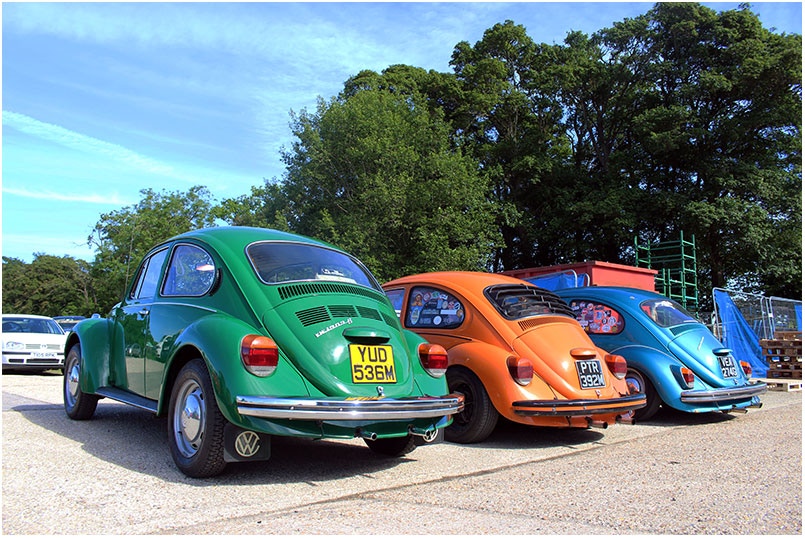 Later in July I took the bug for its first MOT in 30 years. I was very anxious if it was pass or not. A few hours later I heard back from the garage and the bug had failed. Luckily it was due to a small fault which they could fix and resolve there and then! So, we passed!

The bug was running perfectly, especially on its stock parts, however I felt it could have been running better. The oil inside had solidified and caused the engine not to run as good as it should have been. I got in touch with a friend of mine Shannon who runs a place called VW Fettleworks. Shannon did me a quote on a full engine rebuild and tune up of the carb. I was more than happy to go forward with it to get my engine running to its 1600cc Capacity. The rebuild included replacing the gasket seals, pistons, heads, manifold and more.

Where my engine had been sitting for so long a few of the parts were rusted and corroded. After the rebuild the bug sounded completely different, and most of all, drove like a dream. 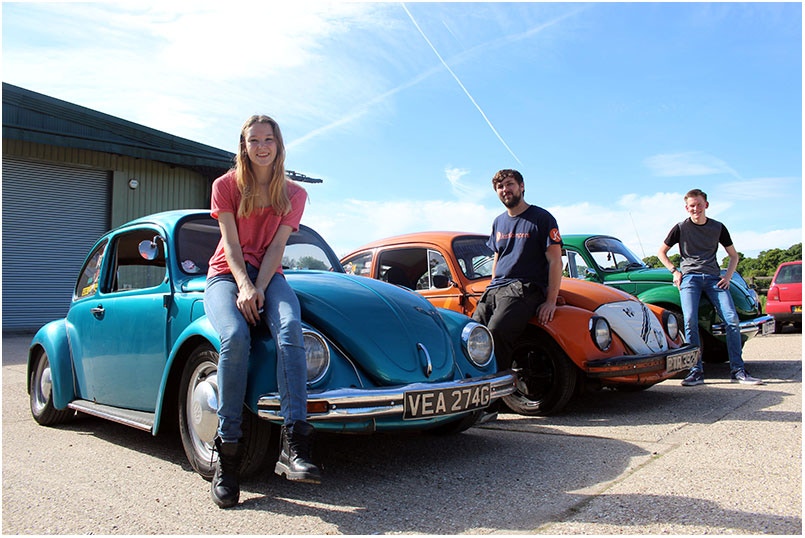 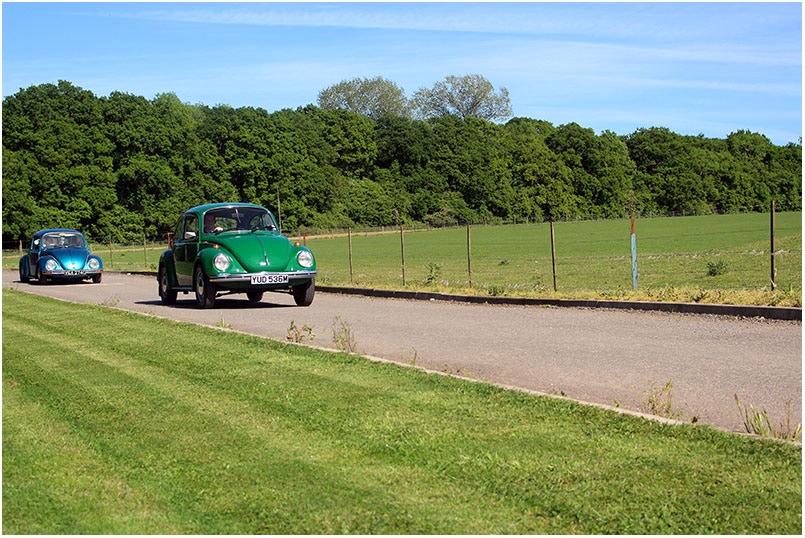 The bug still does not have an official name… A lot of my friends know it as Yoda, as the car is green and registration plate starts with YUD, however I still haven't decided on a definite name! Over the summer of 2016 the bug was raring to go so me and my other half drove the bug from Basingstoke, to Reading, Portsmouth, Southampton, Bournemouth, Sandbanks, and finally, back to Farringdon Oxfordshire which is home. The car enjoyed every minute showing off down motorways and around the local area. For the Winter, I put the bug in storage and will look forward to getting it back out for Summer 2017 and taking it to some of the big VW shows throughout the year!