This weekend, 25th & 26th March, was the 25th annual VolksWorld Show! It was great to see so many of you there, and hope you enjoyed your time at the show as much as we did!
We always love seeing so many familiar faces and getting the opportunity to catch up with old friends who we haven’t seen much of over the winter months. Over the weekend it really felt like Spring had sprung and the start of the VW show season had really kicked in!

The JK Team have been working away for months on the vehicles that we brought along to the show, including our new Fridolin. We’ve got a lot more in the pipeline, too, but we were really pleased to see so many people taking the time to look around the Frid, especially with so many other vehicles in the Surrey Hall.
We’d just had it sign-written after finishing off most of the mechanical work, so the VolksWorld Show was the Fridolin’s first real outing that wasn’t an MOT station! 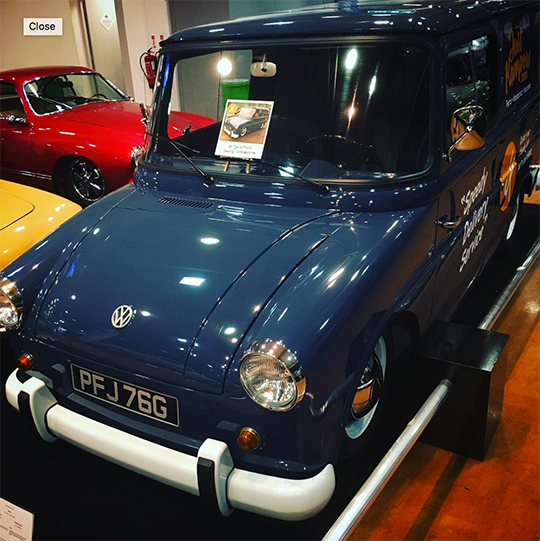 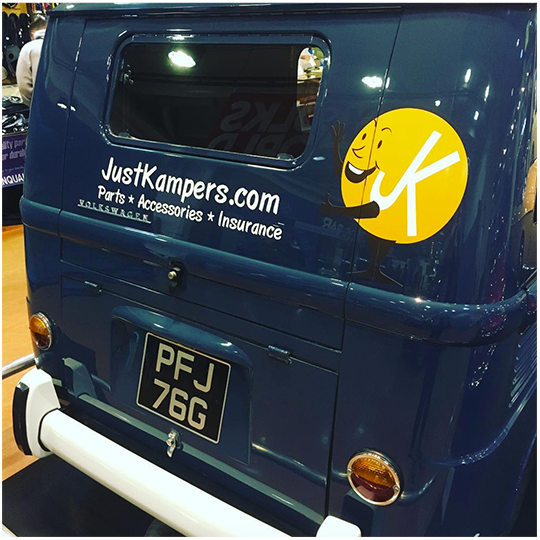 Probably the most popular part of our displays at the show, though, was our Win a Karmann Ghia competition!

Some of the team from JK Insurance came down to the show with us to enter people into the grand prize draw to win the 1966 VW Karmann Ghia convertible that JK and Just Kampers Insurance are giving away this year. 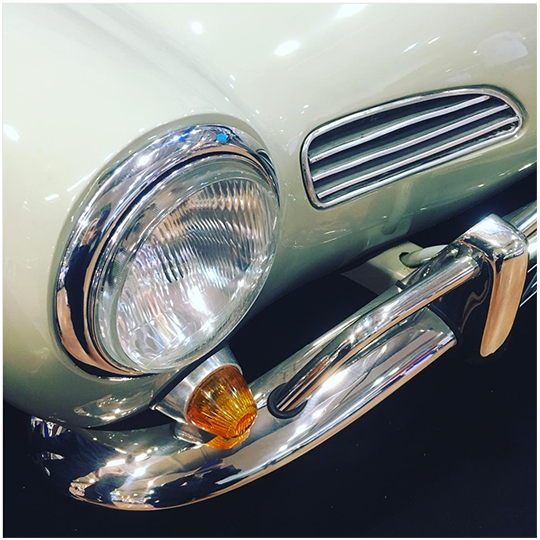 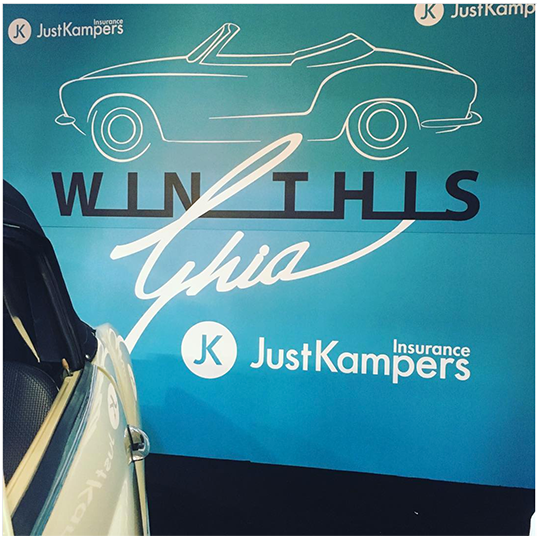 We had so, so many of entries over the weekend, and the sound of the ‘Spin and Win’ wheel clattering away on the corner of our stand soon became white noise, as it was almost constantly in motion!

As usual, JK was represented by two large stands both indoors in the Surrey Hall, and outside in the camping display area. Our own camping display was mostly full of some of the best products from our new Vango range. The inflatable awnings were really put through their paces, as the display area seemed to be constantly bombarded by strong winds despite the sunshine! 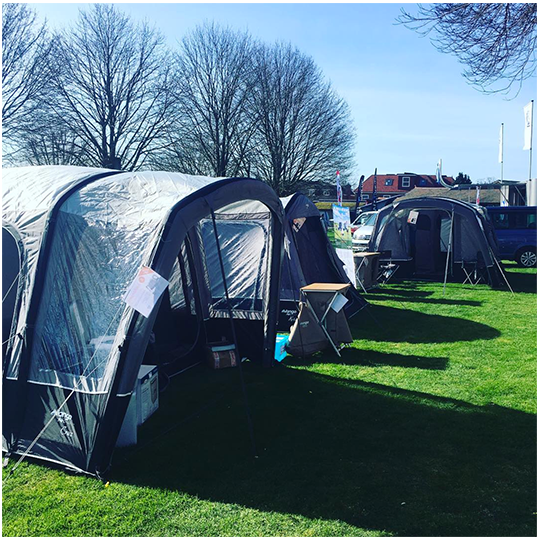 They held up well, though, and were really popular with customers as the awnings were sold as a bundle kit with the awning, bedroom compartment, carpet and footprint.

Our awning displays and camping accessories area was opposite some really, really cool T4s and T5s, including the ones shown below. 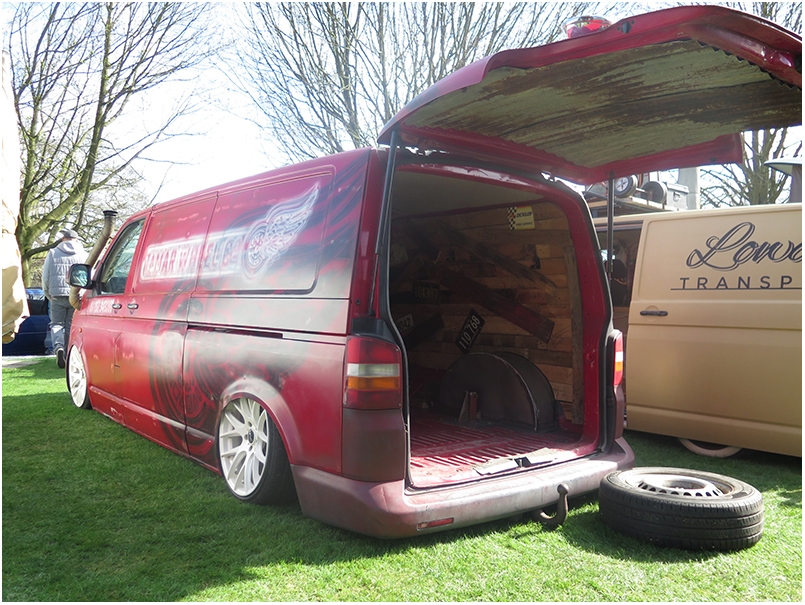 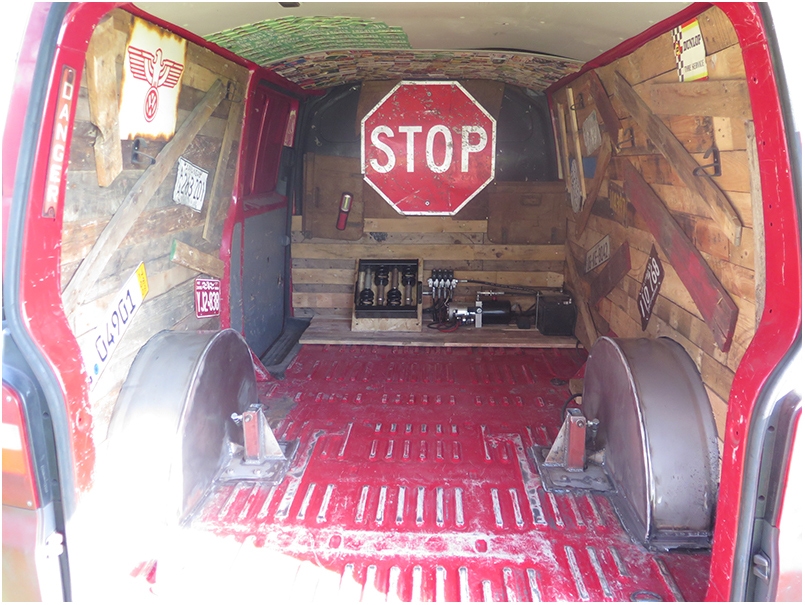 The thing we were most excited about in the run up to the VolksWorld Show was our ‘Built, not Bought’ display in the Surrey Hall.

We sent out a call for home-built vehicles, and were amazed by the response! We took over a section of the exhibition hall at the show and displayed some of the coolest customer-built vehicles that we could find. 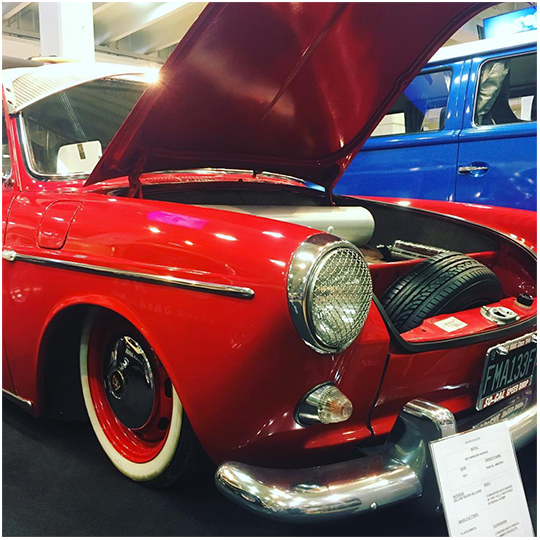 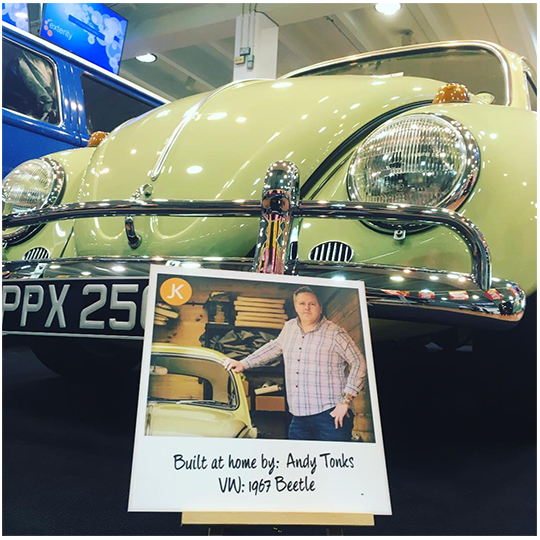 The idea behind this display was to celebrate the incredible amounts of hard work, passion and effort that JK customers have poured into their beloved VWs. We had a lot of people put their vehicles forward, so it was really hard to pick just five, but we eventually did and I was great to see people really appreciating the love that the owners had put in to their cars.

One of them, Rob Turvey’s Type 3 Squareback, was awarded one of the Top 20 Best in Show awards, which was excellent! 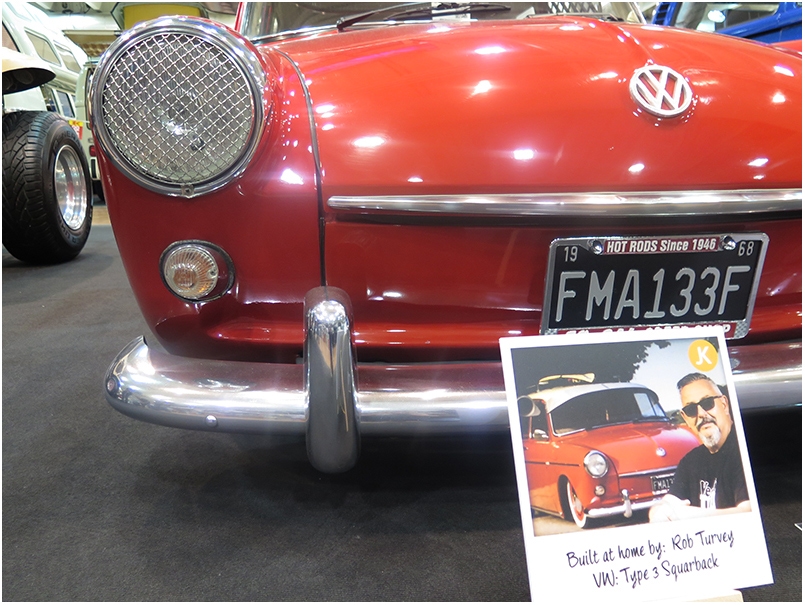 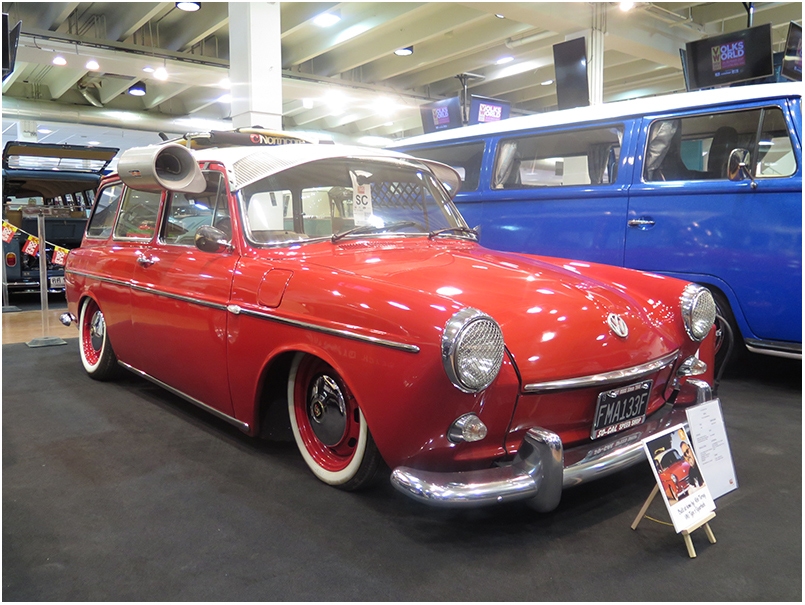 Speaking of awards, Mark Reynolds, who founded JK back in 1989, was really surprised to hear that he’d won a prize at the show. So surprised, in fact, that he was late to collect his trophy because he assumed he’d misheard!

Mark’s VW SP2 won a Top 20 award, as it was deemed one of the best vehicles at the show. He’s really proud of the SP2, and really loves it, but never thought it would win!

Massive congratulations to everyone who won a Top 20 Best in Show award. It’s clear that everyone had put a huge amount of work into their vehicles. There was an incredible amount of beautiful cars at the show, so picking the winners must have been really difficult for the judges.

We might be biased as we're sponsoring it, but for us at least, a real standout vehicle was the T2 Splitscreen drag racer we had on our stand. If you were one of the many people who dropped by to check it out, you might not be too surprised to hear that it's goal for this year is to smash the quarter mile in under ten seconds! 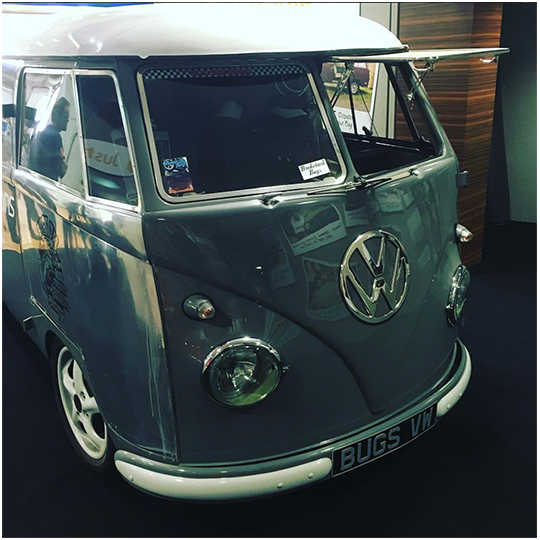 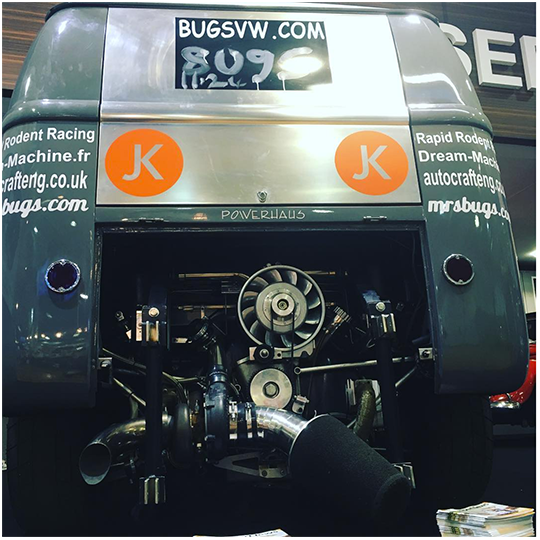 Over all we had an amazing, hectic weekend, so thank you to everyone who dropped by to see us and made it such a great event! 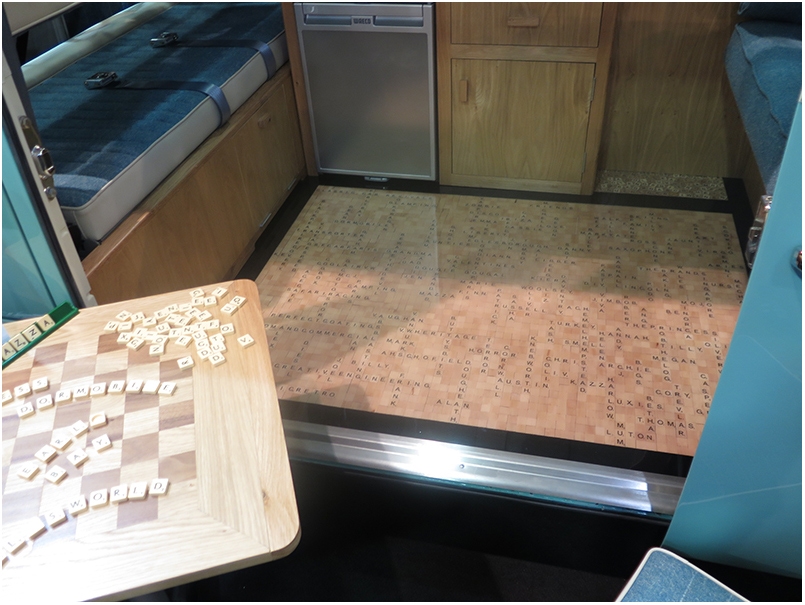 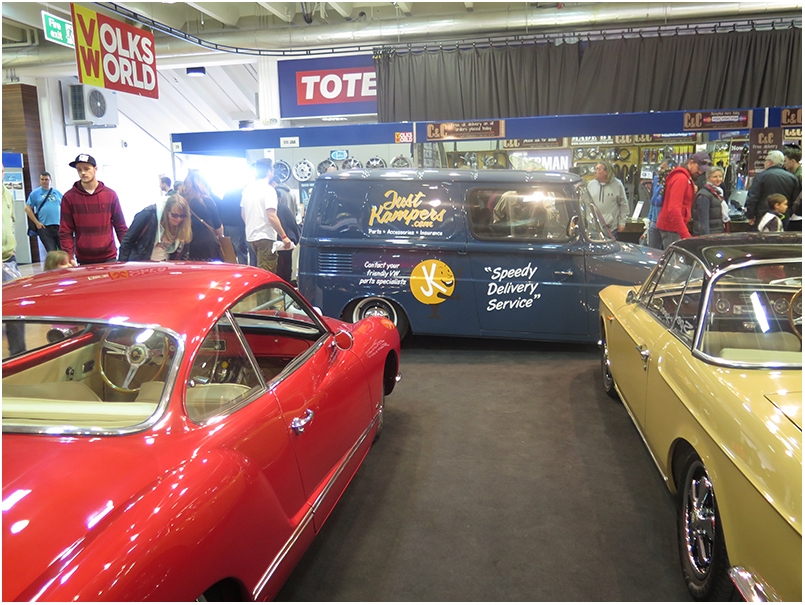 See you back there next year!