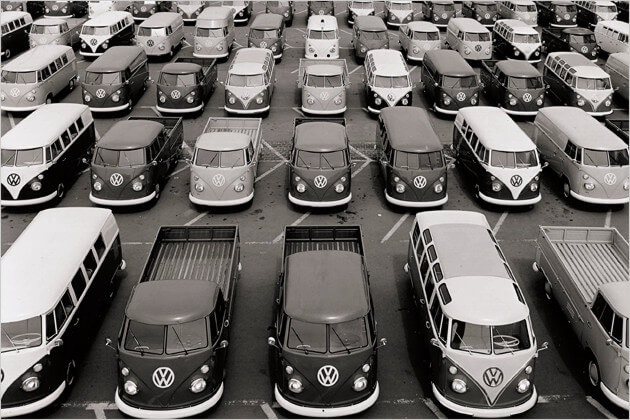 History of the VW Camper Van

History of the VW Camper Van

A Visual History of the VW Camper Van

Known nostalgically and largely for its boxy shape, bright colours, and iconic VW silver badge, the VW campervan has become a pop icon for adventure, the outdoors, and long-distance travel. Whilst Volkswagen has been manufacturing and producing campers since 1950, it's the history behind the iconic vehicle and how it changed visually over different generations that many enthusiasts have come to know.

1947 marked the beginning of campervans. Dutch importer Ben Pon had the idea from observing motorised trolleys which were being used to transport parts around a VW factory in Wolfsburg.

This led to his sketch on 23rd April 1947, which captured a Beetle-based van, slightly resembling a box on wheels. 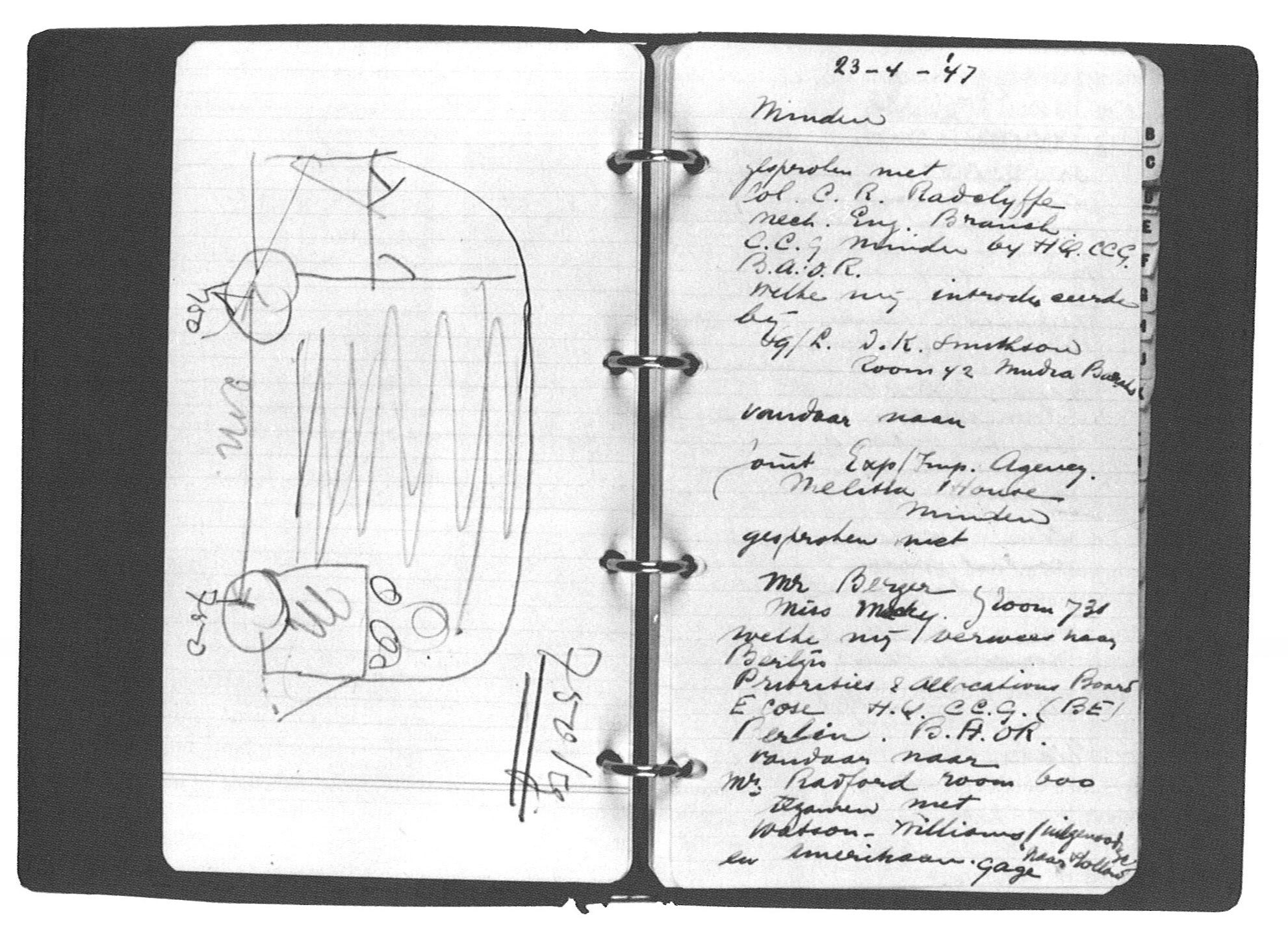 In the years that followed, VW developed campervan models for all kinds of transport, where some were used to carry parts, others were even manufactured as ambulances.

The First VW Unveiled at Geneva

A year later when Heinz Nordhoff became the Chief Executive of Volkswagen, he developed this sketch into something far greater. The first VW van was launched at the Geneva Motor Show in November 1949.

‘The Splittie’ Years (1947–1967) The first generation of VW buses came in the form of the 'splitties', which earned their name from the split screen windscreen. Market demand soared for this model of the VW campervan, which boasted a rear air-cooled engine putting out 25bhp. 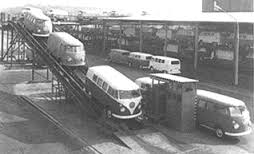 Nowadays, a Type 2, or T2 Split, has a nostalgic charm that is considered iconic and these are collectible depending on the condition and model.

VW Rolls Out Mass Production Of the Camper

On 8th March production began at the rate of 10 vehicles per day. For the next four decades, the basic design remained the same and roughly 5 million buses were produced over that time.

The Type 2 filled a gap in the market, offering drivers something different with a rear engine and box on wheels appearance. The uncomplicated design meant VW was able to manufacture 90 different body combinations over the first 5 years of its production.

In 1950, the microbus was produced with it's now famous big VW logo. This received the cultural nickname of the “Camper” in Britain, or simply the “Bus” in America. 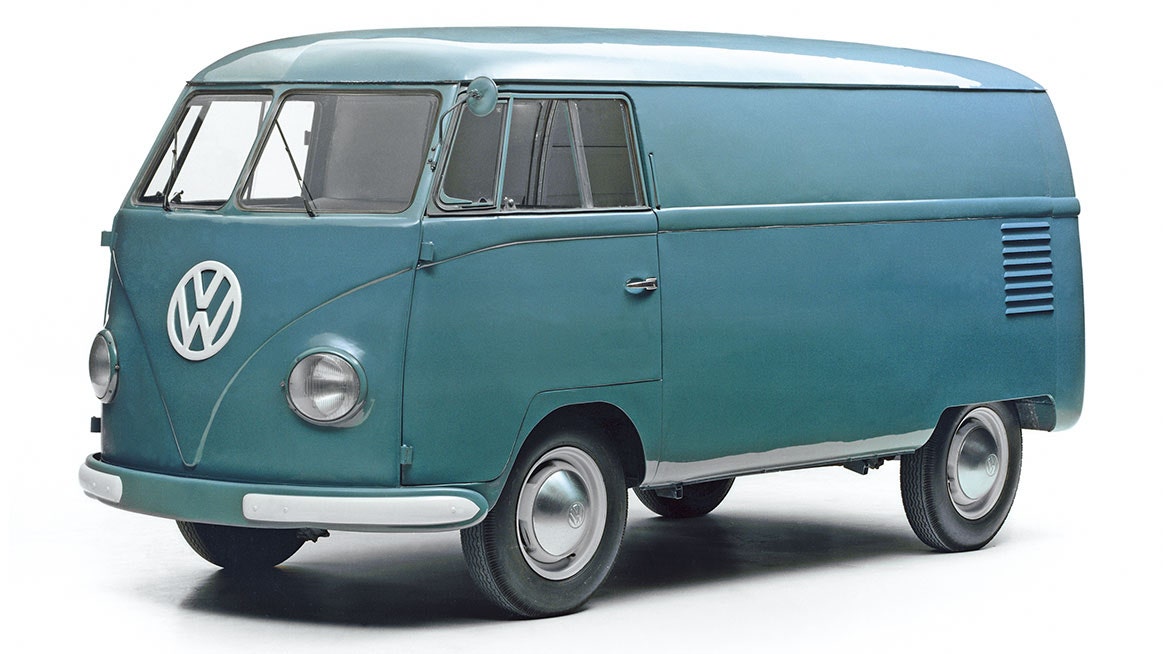 In 1951 came the introduction of the Westfalia, named because of Westfalia-Werke, the contractor who built the vans and came from the Westphalia region in Germany. The VW campervan proved extremely popular. 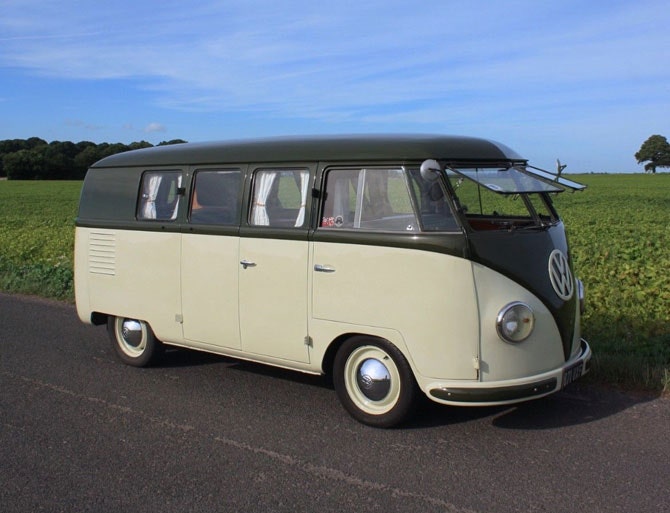 The single cab pick-up appeared in 1952 and in 1954 the engine size was increased.  Roughly 30 versions of the transporter were available, including a delivery van and ambulance.  Four years later came the introduction of the double cab pick-up and the production line had moved from Wolfsburg to Hannover. 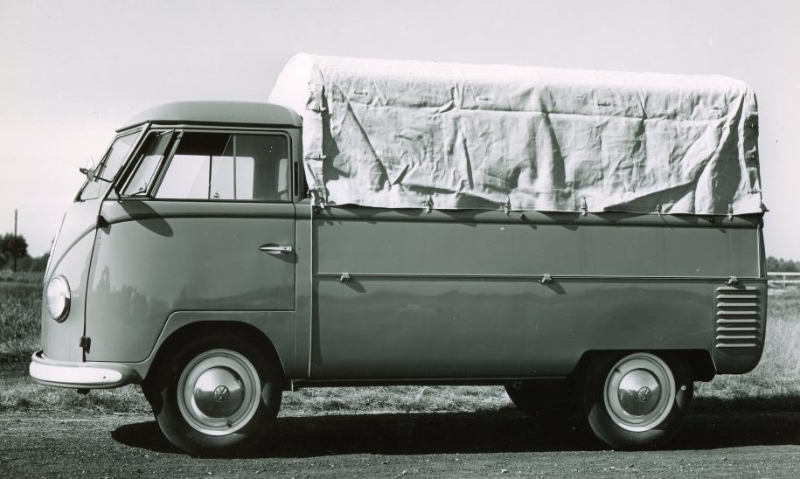 The Campervan and Counterculture

The campervan was more than just an important feat in vehicle manufacturing, but became a social symbol of the 1960s and ensuing counterculture. For many, this memory might have looked like a Splittie in lively paintwork circa Woodstock.

In 1960 the wide bed trucks became available on special order and high roof delivery vans were also introduced. Flashing indicators replaced the semaphores. At the same time, a few more firms were in competition for market interest in converted VW campervans, including companies like Dormobile and Mooretown in the late 1950s. 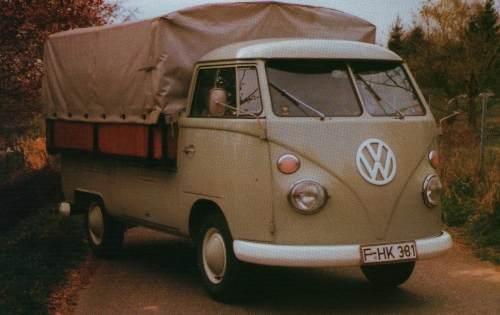 This was the year the engine size increased from the original 1200cc to 1500cc, and the iconic sliding side door became an option for VW owners. 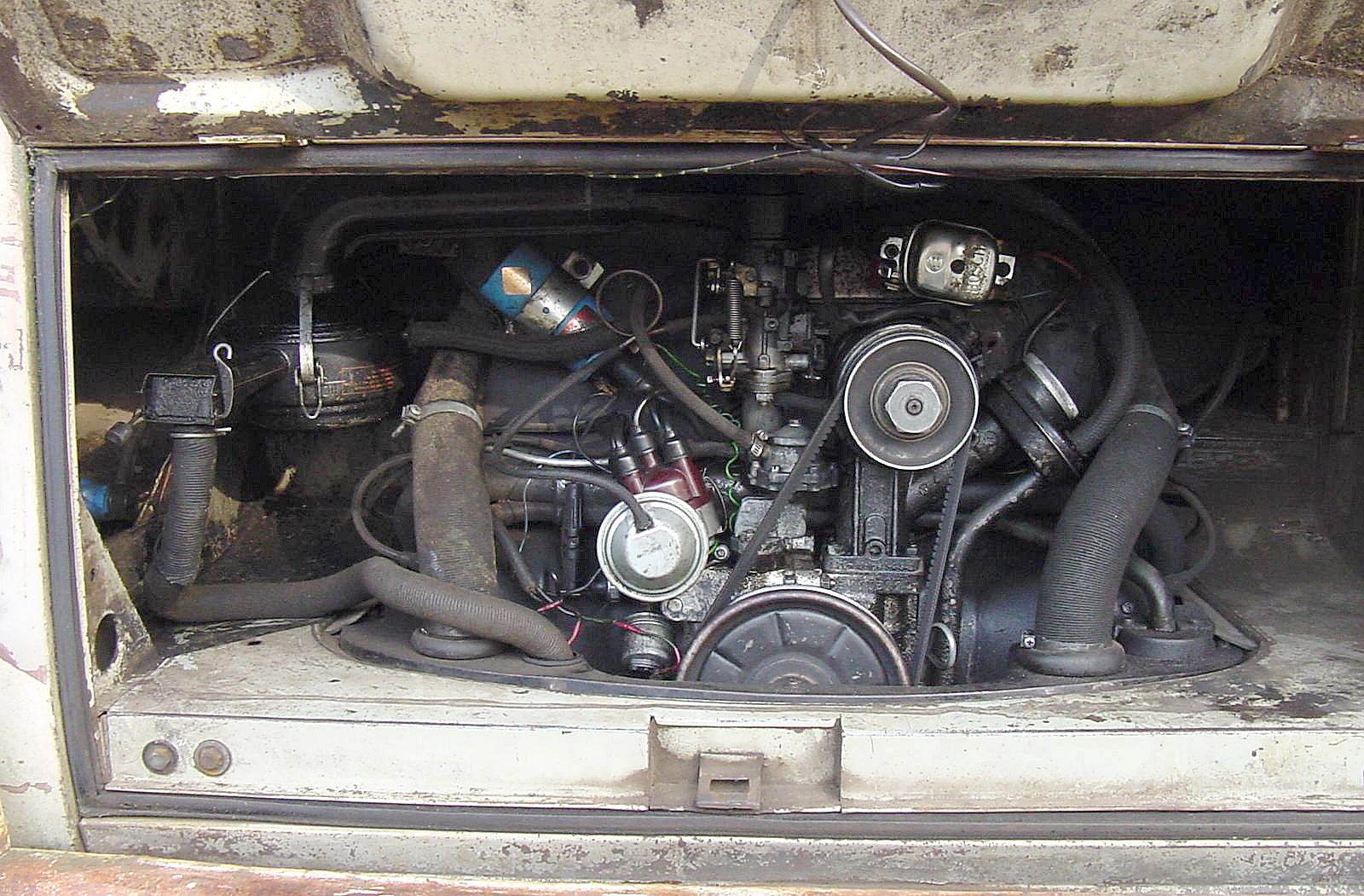 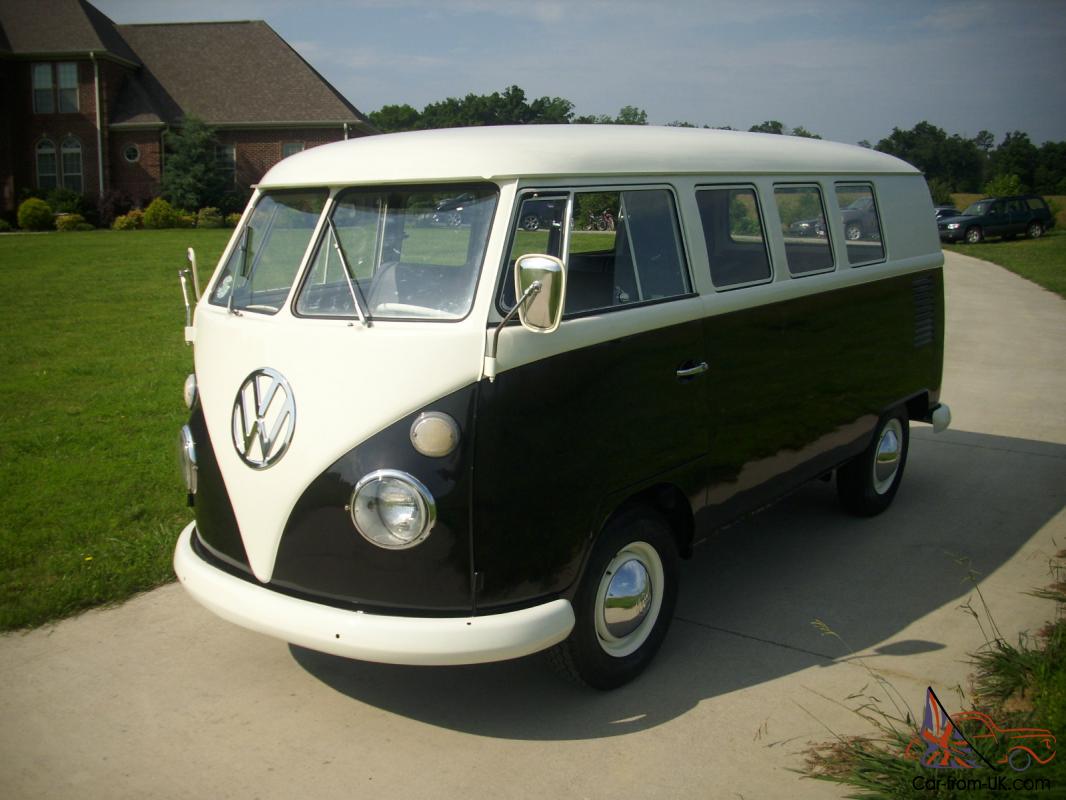 In 1968 the Split screen was replaced by the 'Early Bay'. This radical rethink in style was just the beginning. There were major suspension changes and engines were now fitted with a stabilising back bar. A one-piece windscreen and wind-down windows were also added amongst a growing list of mechanical changes. In fact, the majority of parts and body panels were replaced. 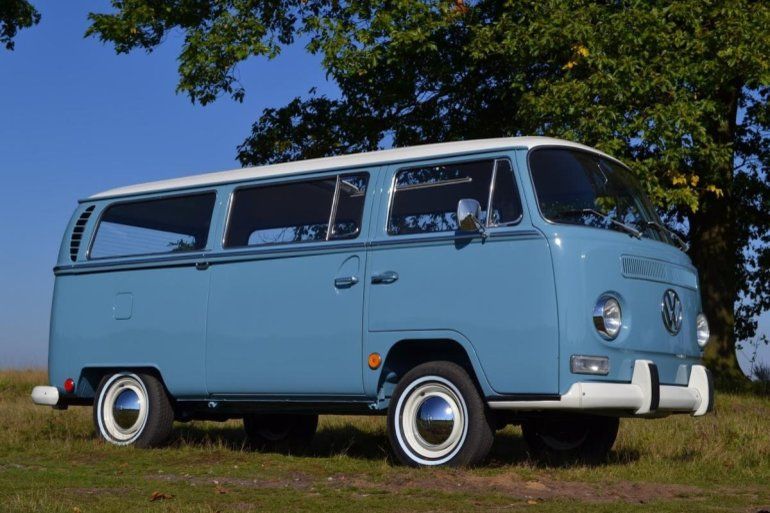 The 'Late Bay' was introduced in 1973. The new wrap-around bumpers were replaced with a square style, the front indicators moved up to the new grill, and this came with the option of larger engine sizes. Following these changes, the bus became more reliable.

The Late Bay also introduced a range of safety features, including improved brakes, a crumple zone and a reinforced passenger cell.

Late Bays were converted into campervans by various firms such as Devon, Viking, Danbury, Dormobile and Westfalia. 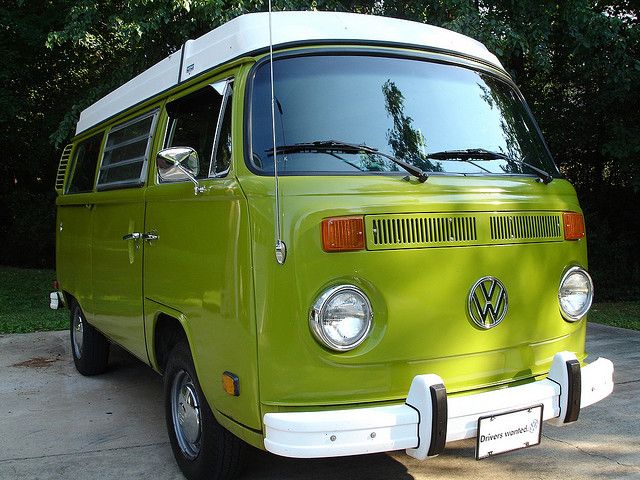 A miniature of the Type 2, or the Camper in the UK, was recreated on a much smaller (1:43) scale by a partnership between Corgi and Coca-Cola. This die-cast model was envisioned as a unique piece of memorabilia.

In 1979 production of the T2 Bay ceased, and it was instead replaced by the T25. The Bay is still manufactured in South America to this day. Whilst these later models may not (yet) have quite the iconic status of the Splittie and Bay, they remain massively successful, selling in huge numbers and still enjoying the same loyal following.

1981 bought the introduction of a water-cooled 1600cc diesel engine with 50bhp (37kw). This engine originally came from the Golf.

Introduction of the Caravelle, offering a more luxurious interior. 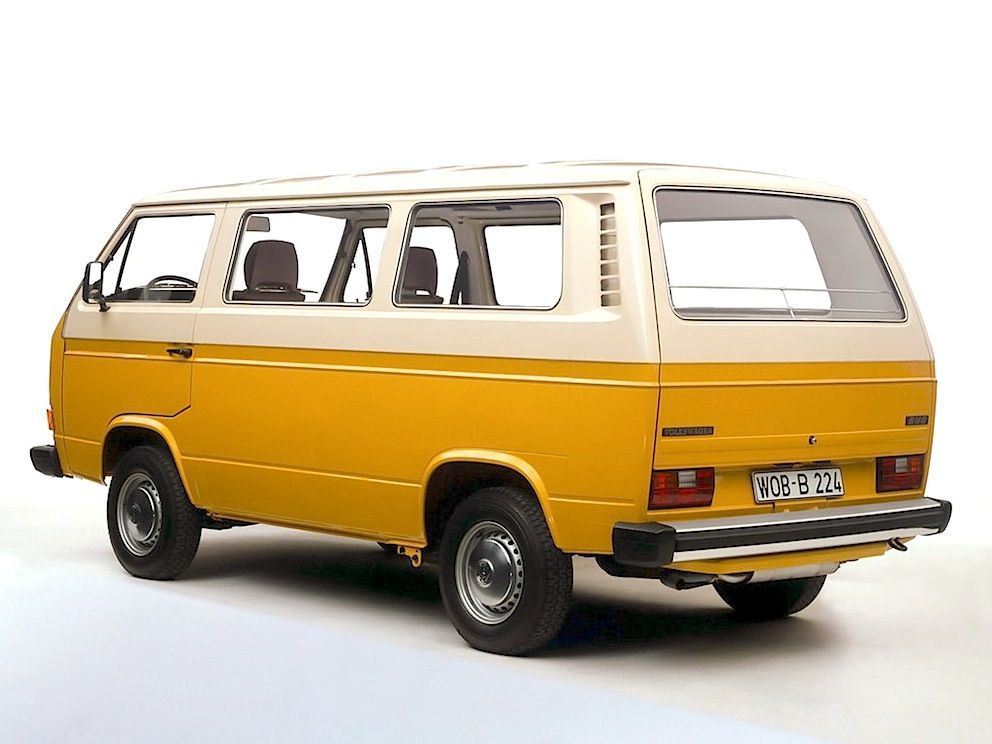 The year marked the end of production of the air-cooled engine models in Germany. 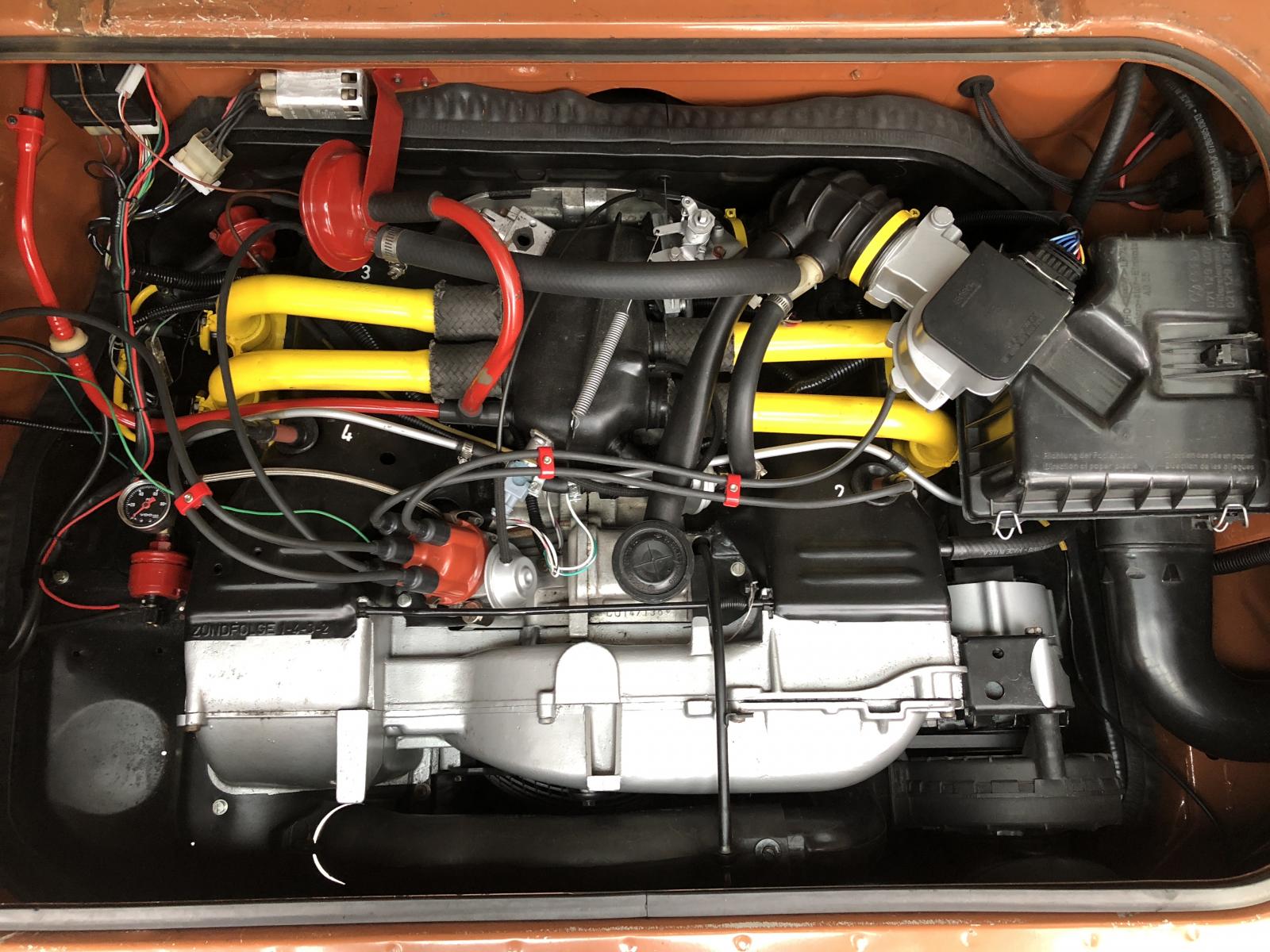 Introduction of a higher spec ‘Caravelle’ with the option of a 4 lamp square grille. 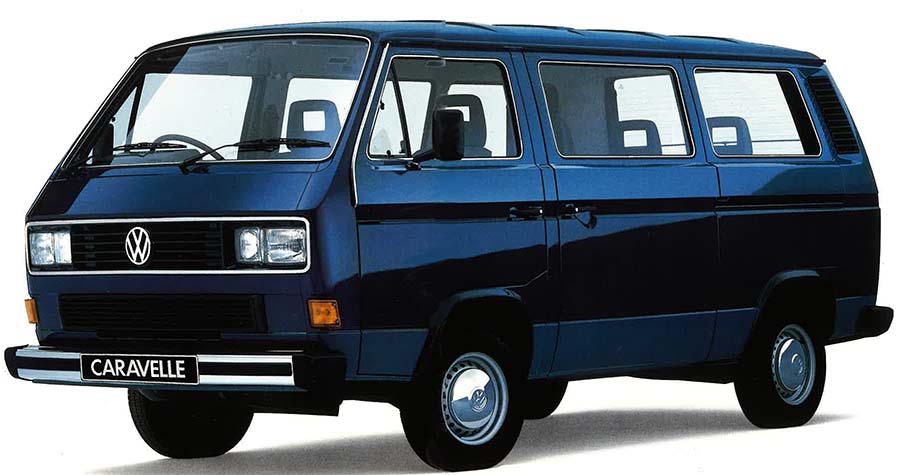 The year of a full ‘revamp’ of the model. Changes included new exhaust systems, front suspension, sliding door locks, fuel injection systems, to name but a few. It is said over 1000 changes were made in this year alone. 1985 also saw the introduction of the Syncro, a four wheel drive vehicle, which was built with Steyr/Daimler/Puch in Austria. The Syncro was capable of climbing a 54% gradient utilizing a center viscous coupling. 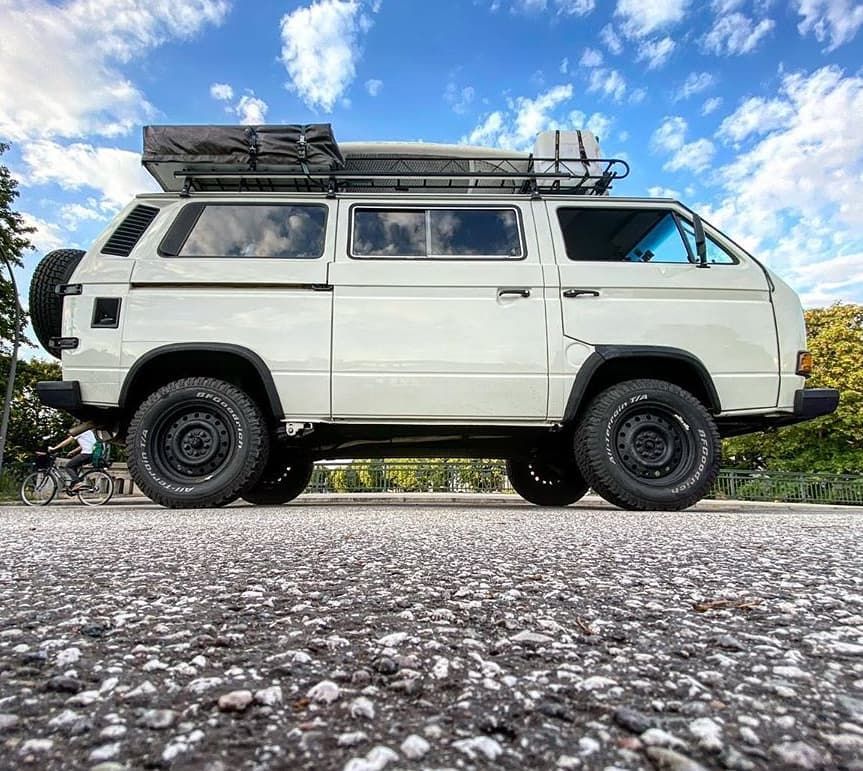 Vehicles made onwards of 1986 did not rust as badly, thanks to a new rust treatment applied in the production process. 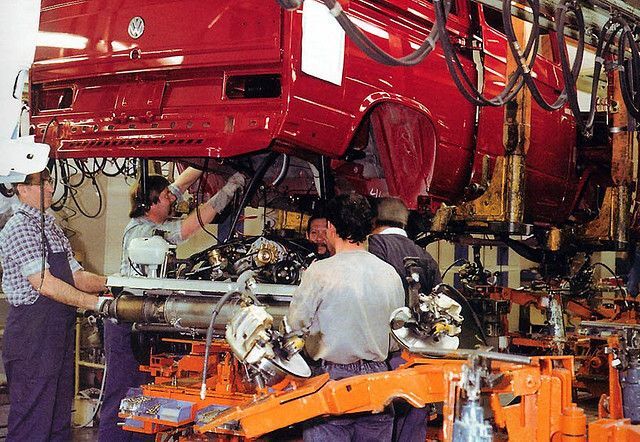 The last T25 left the Hanover factory, however production carried on in South Africa until the end of 2002. The last Syncro was built in 1992.

The T4 introduced on the market, the T4 introduced a VW medium van that offered a front-engine, front-wheel drive drivetrain layout. This not only improved the driving experience, but helped the Transporter establish many of its conventions that everyday drivers now relish.

In 1996, the T4 received a facelift and, before reaching retirement, there had been 1.9 million models produced 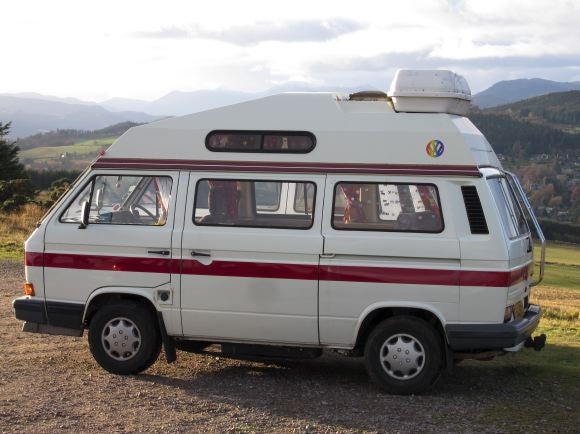 A New Millennium at VW Begins

Westfalia ceased production on VW campervans after a competitor purchased a controlling stake in the company and disrupted the longstanding relationship with VW. 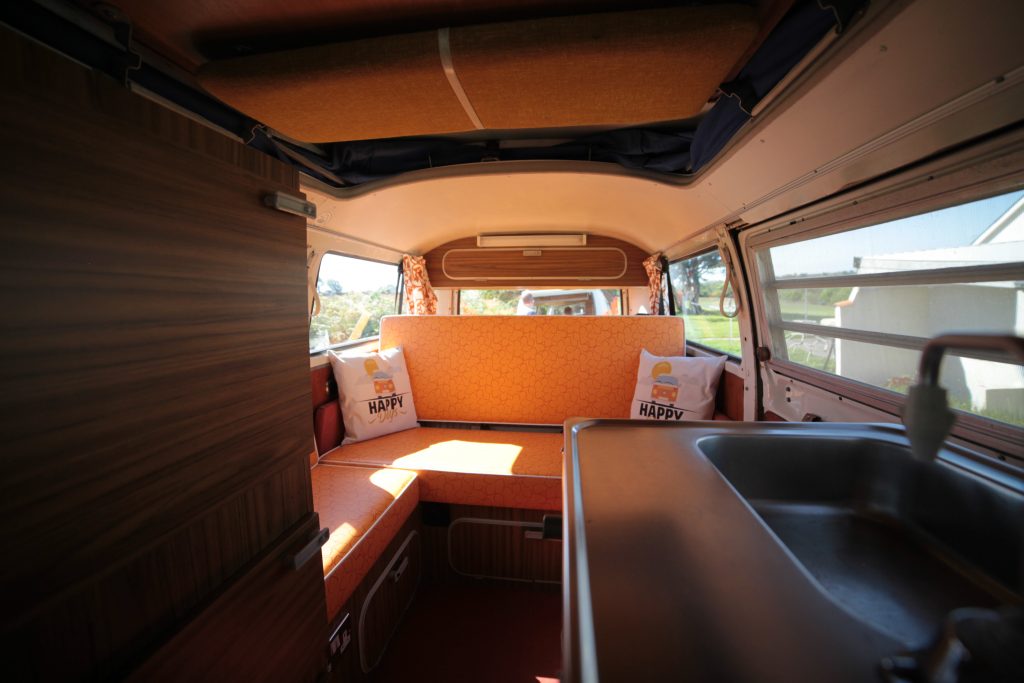 Production of the T4 ends, as the new T5 model is unveiled in its place. After the fall of VW’s relationship with Westfalia, many speculated that this was the catalyst for the company to produce its own factory-made model, keeping the name VW Caravelle. Various versions entered the market from this time onwards (through to 2005), including luxury models and the more affordable “beach” model, which boasted an elevated roof, storage, and a double bed. 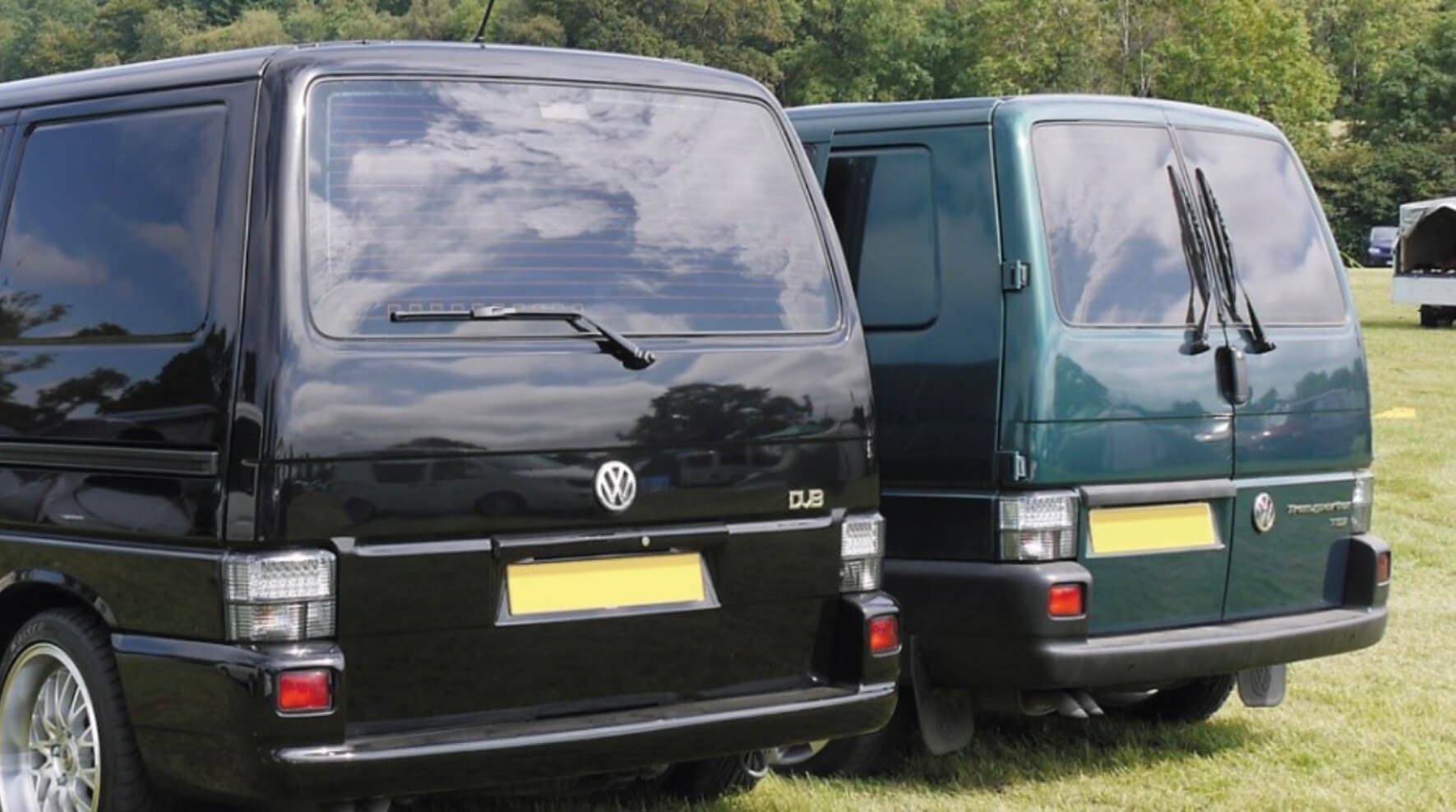 From Hanover, it is announced that the T5 reaches its one-millionth production vehicle. Later that year, in September, the T5 would go through several changes, including: 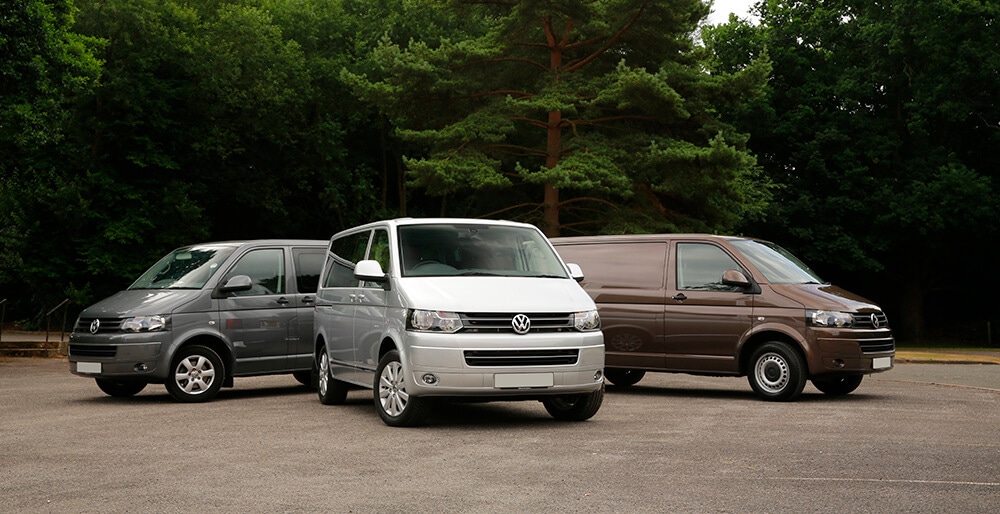 Lego's Replica of the Splittie

Now retired, Volkswagen's T1 campervan was once on the shelf as a 1334-piece Lego kit. Lego's release was an authentic replica of a classic campervan from 1962. This includes many of the iconic details down to the "V" shape three-way colour split and pop-up roof.

In April 2016, the sixth generation VW campervan (T6) is launched onto the market. Although, for VW enthusiasts, there was speculation over whether the T6 was a facelift of the T5 or a new model altogether. Diesel engines become controversial to vehicle owners across the UK and expectations of
all-electric campervan begin to circulate. 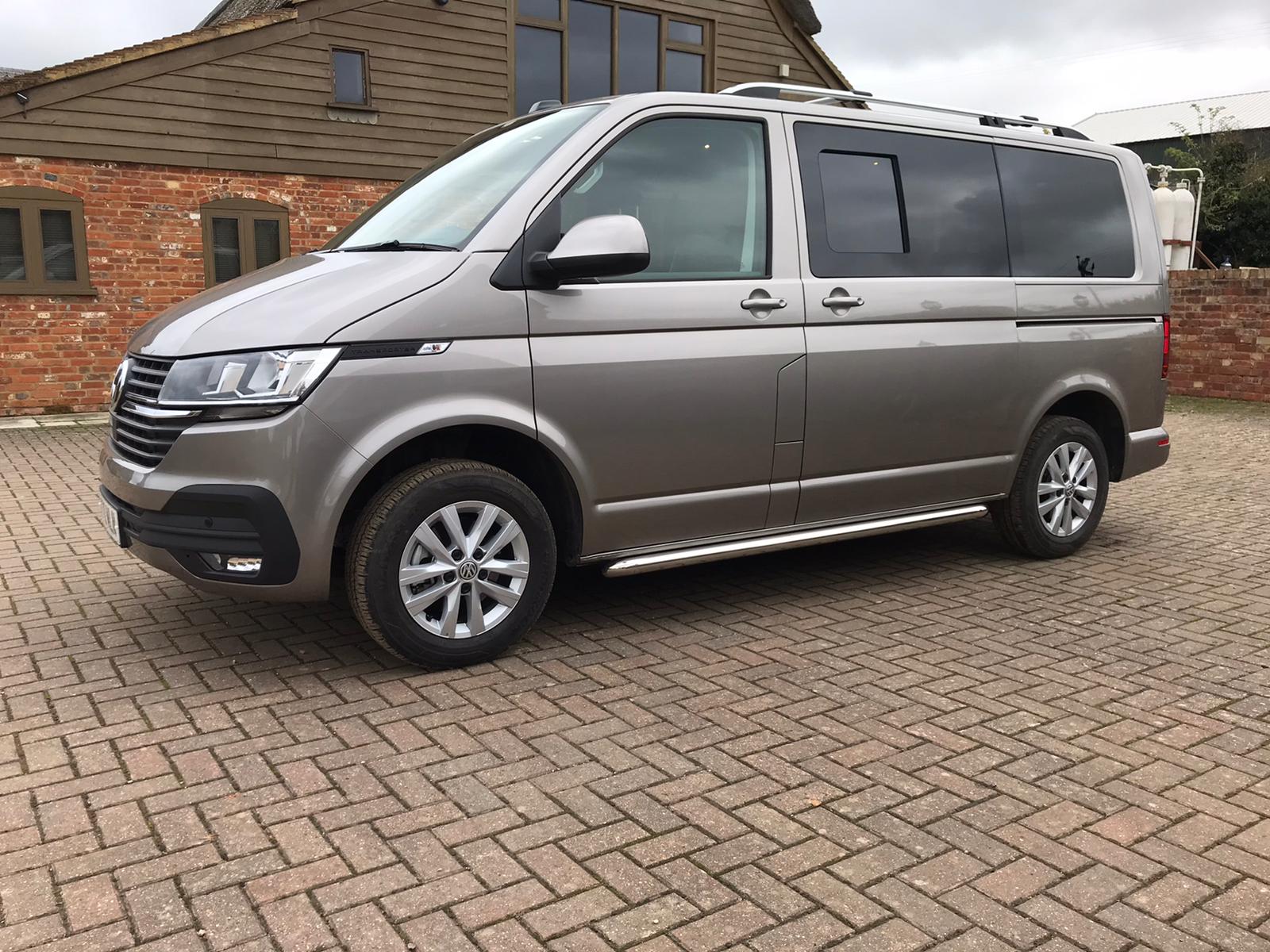 Captured on social media, the #VanLife movement became popular amongst fellow travellers. With more than 230,000+ posts, many took to sharing their adventures from the road inspired by life in their vans. Many of these explorers swapped the creature comforts of their home for a campervan.

Borrowing its style from the T2 model, the VW ID Buzz becomes the first all-electric concept, which aired at the Detroit Auto Show in 2017.

Many auto traders have spotted the ID Buzz being tested publicly, where it’s stated to arrive as both a leisure and commercial all-electric van in late 2022.

This new all-electric van is speculated to boast a fuss-free design, 342 miles of range, and batteries from 48kWh to 111kWh. 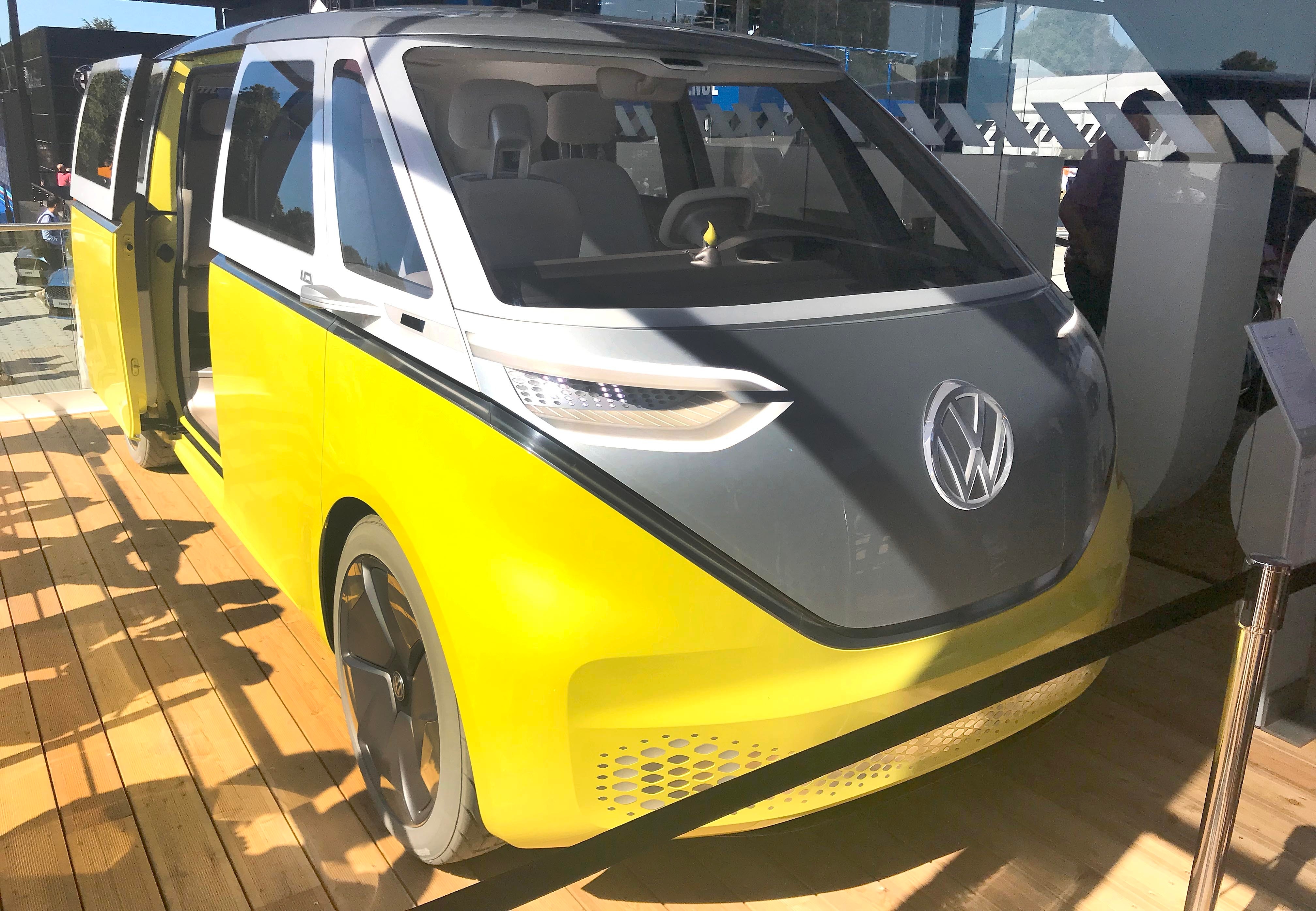 Throughout 2020, records for campervan sales reached new heights as the staycation boom in the UK made this leisure vehicle highly sought-after. Nearly 30 million drivers in the UK went on a staycation.