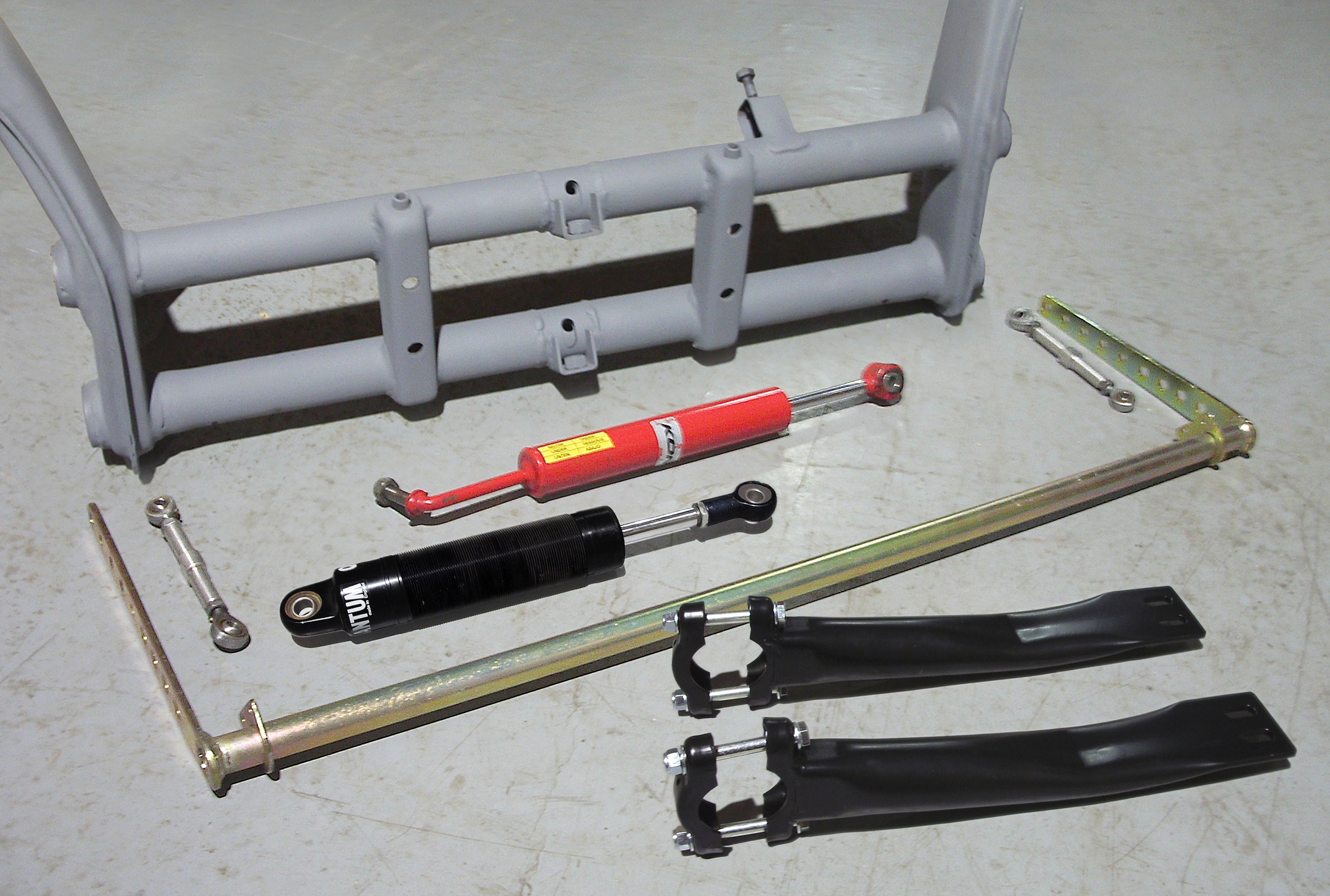 Just Kampers Written By Ian Brown
More from this author 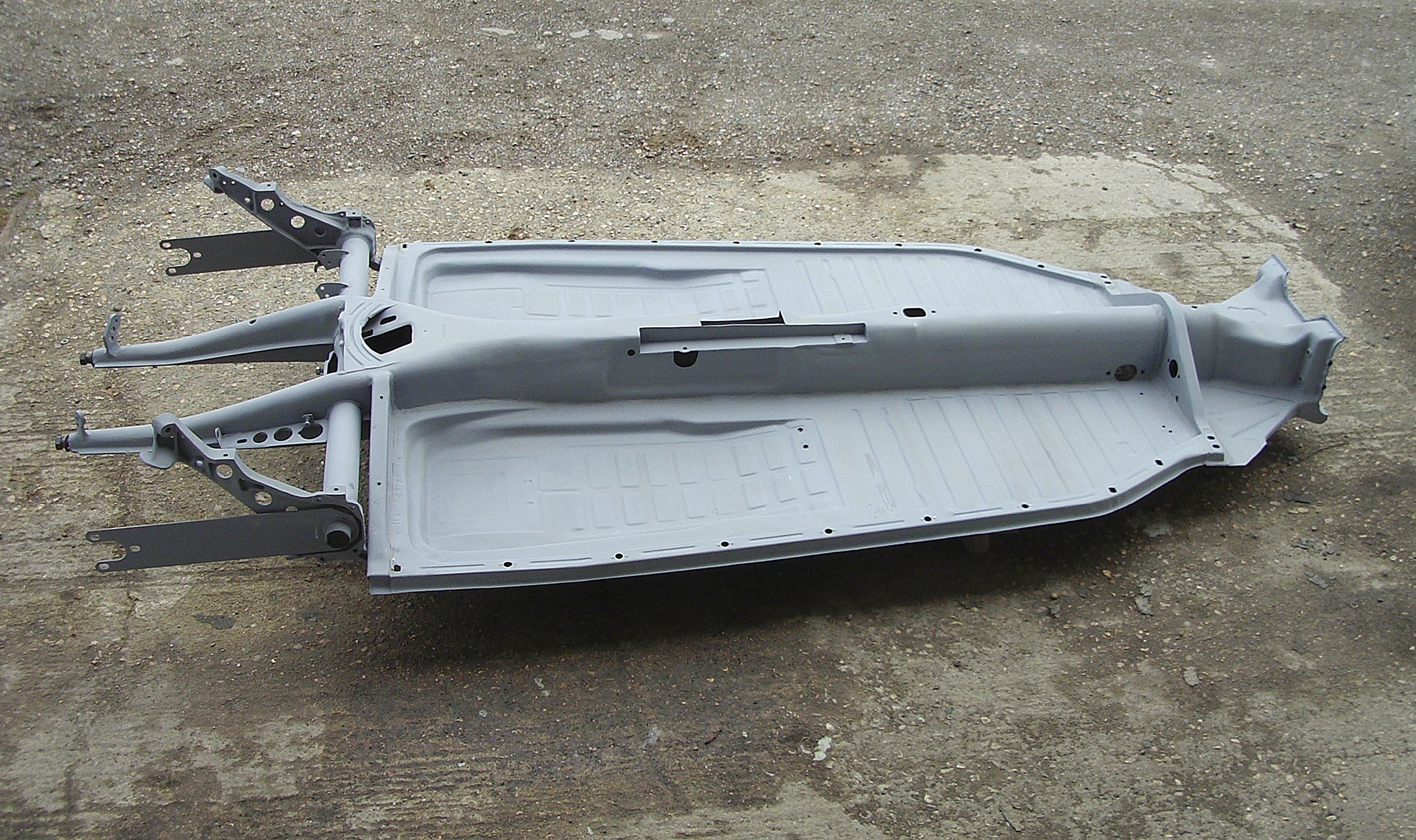 Now that the floor pan is restored and ready for paint, it made sense to get the front suspension painted to match. The front of the car is currently lowered using dropped spindles (part no. J16673) but I decided to also add a pair of axle adjusters (part no. J14839) to allow me to get the ride height spot on. First the front beam was dismantled and taken back to bare metal, then the beam was carefully measured, marked and a 5cm centre section of the top beam was cut out to allow the first axle adjuster to be welded in place. After the adjuster was welded in, the beam was left to cool down fully to avoid any distortion before cutting the bottom beam and repeating the process with the second adjuster. 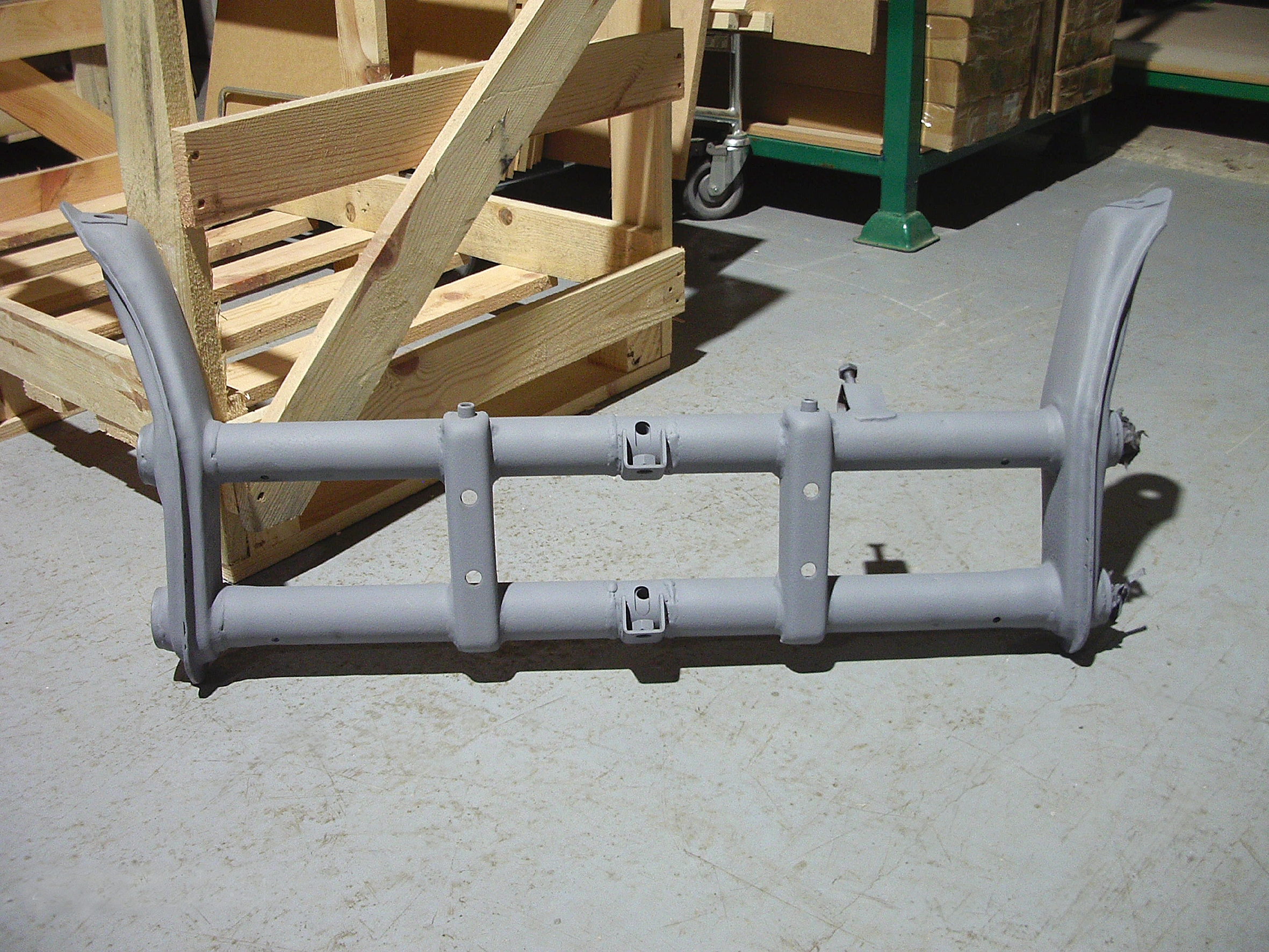 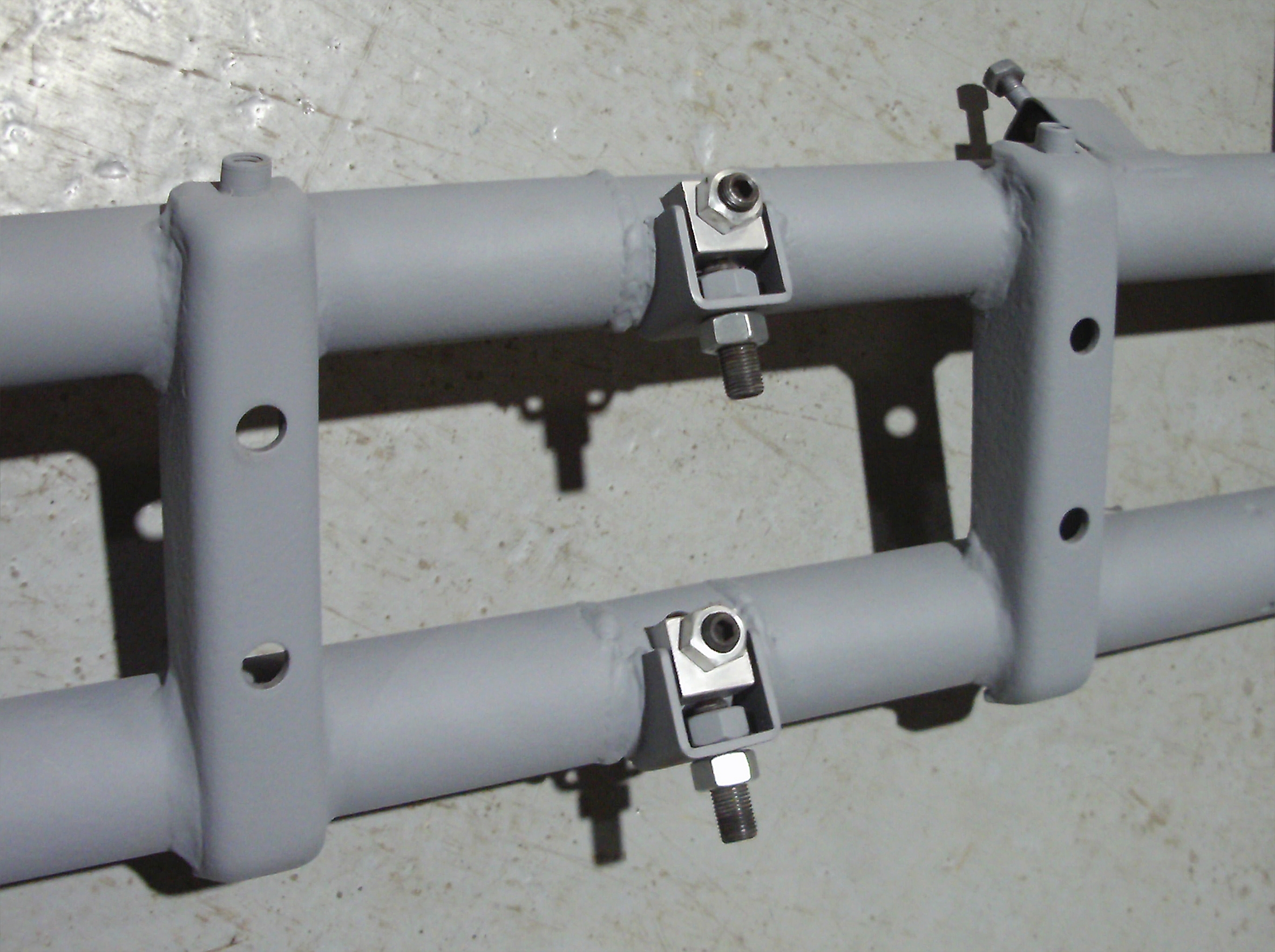 To finish the front beam I ran an angle grinder around the outer edges of the shock towers to tidy their up their appearance and then cut off the steering lock brackets (If you’re using full-lock on a race car then you’re doing something wrong!) All this grinding meant that despite adding axle adjusters the beam still came out slightly lighter than before which was a bonus. With the beam completed it was sprayed with etch primer ready for paint.

The two dropped spindles and four trailing arms were left alone. I’m sure there is weight to be saved from the dropped spindles but in the interests of safety (and after a consultation with an engineer from McLaren on the subject) I resisted the temptation and all these items were simply media blasted and etch primed. 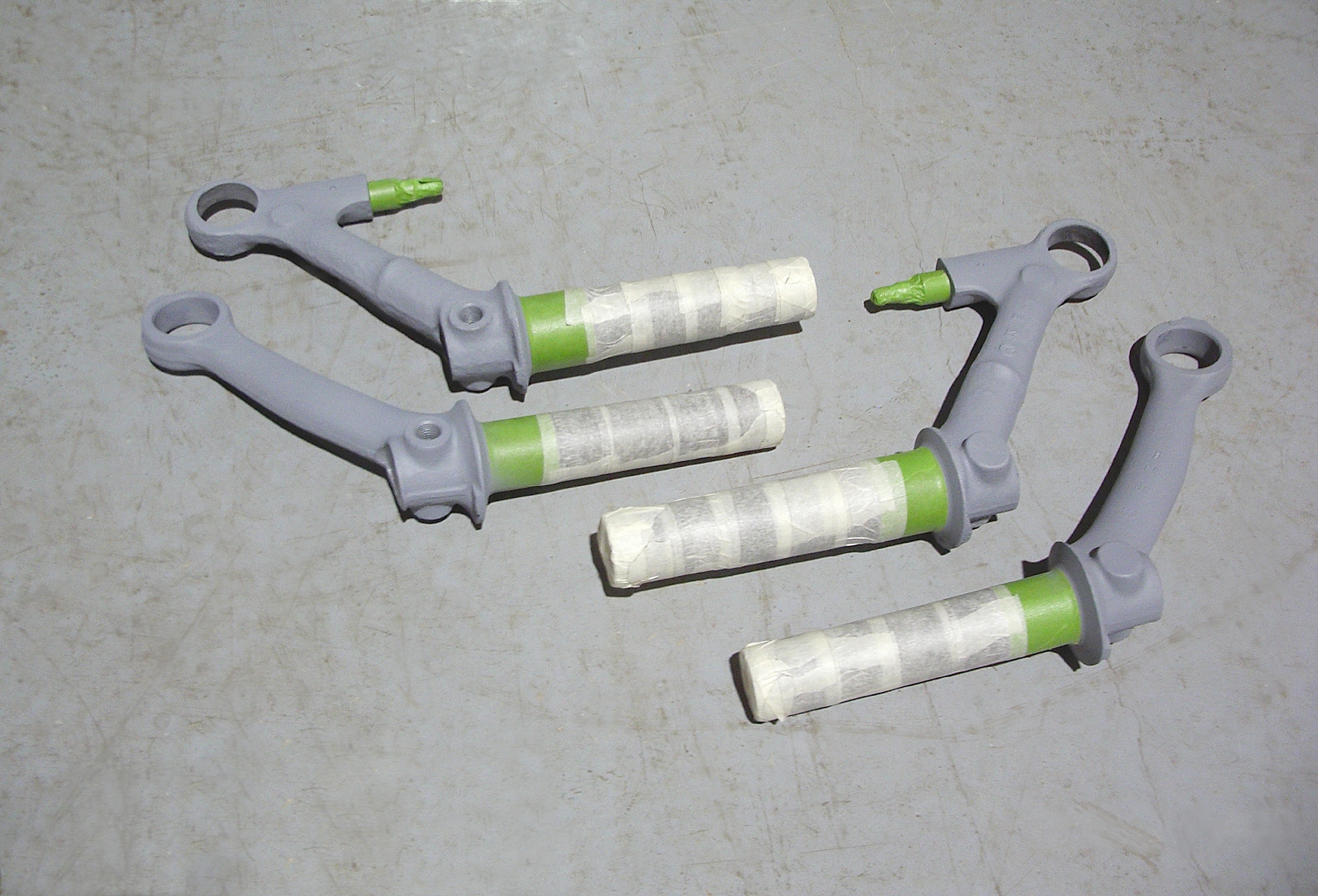 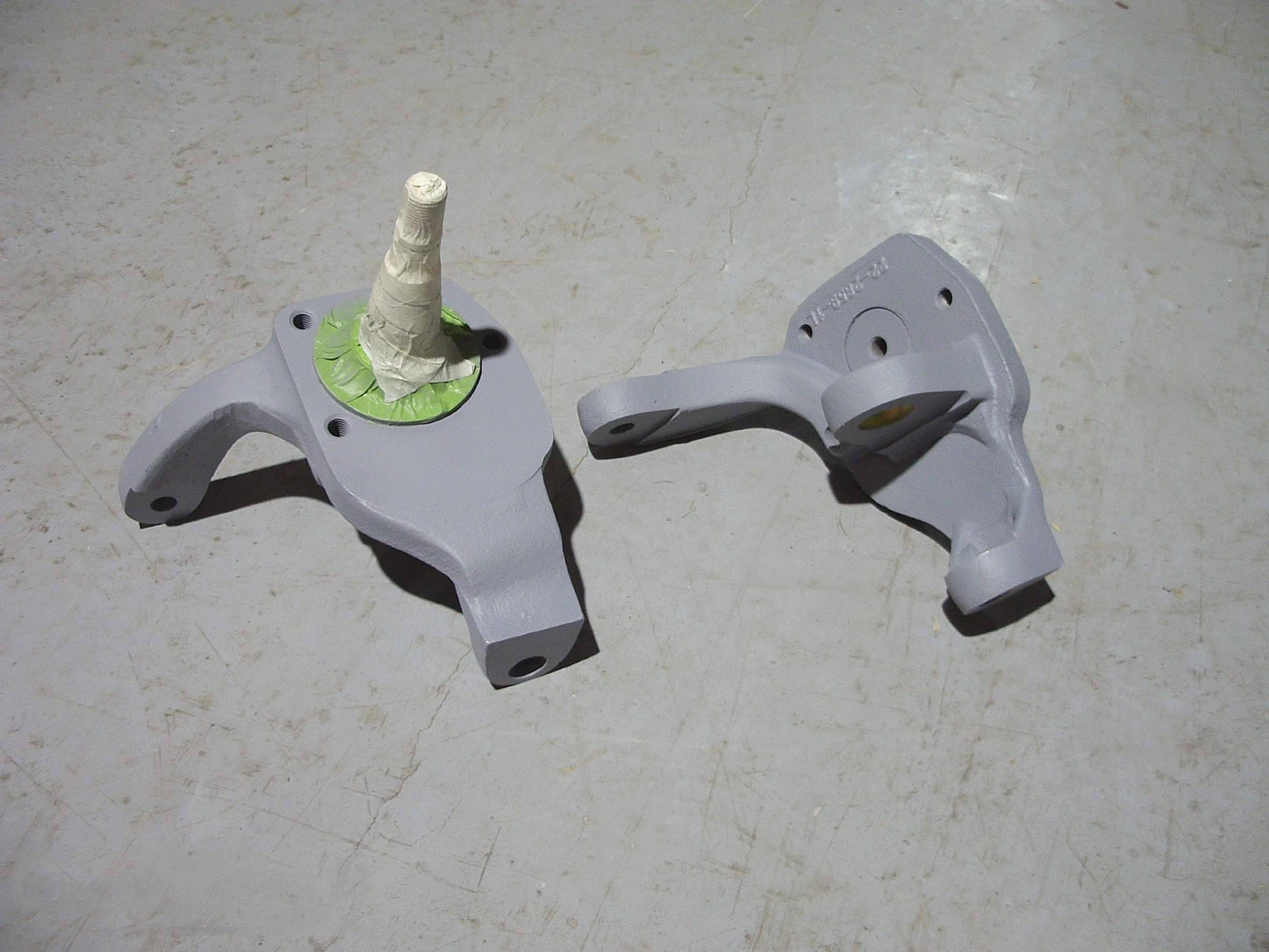 Next the motorsport dampers were sent off to the manufacturers to be rebuilt with fresh seals and oil (In the motorsport world, shock absorbers are known by their correct term ‘dampers’). These dampers were custom made specifically for my Beetle and cost £500 each ten years ago (not cheap!) but they are re-buildable, so they’ll last a lifetime and they’re adjustable for ‘bump and rebound’ (aka compression and extension) allowing me to fine tune the handling. The improvement they make to the handling makes them worth every penny (let’s just say, when I installed these and threw the car into a corner, I forgot I was driving a Beetle, that’s how good they are). 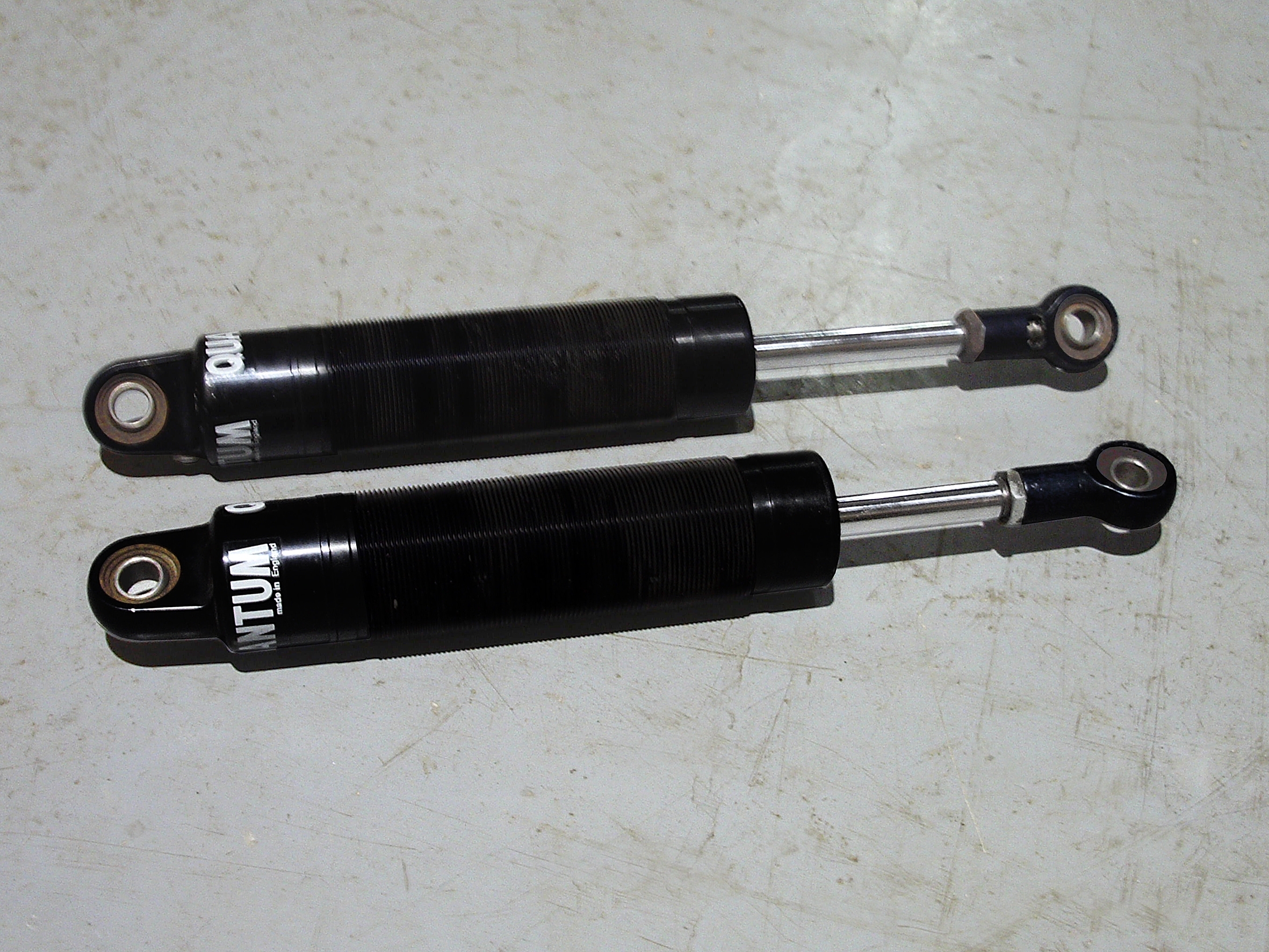 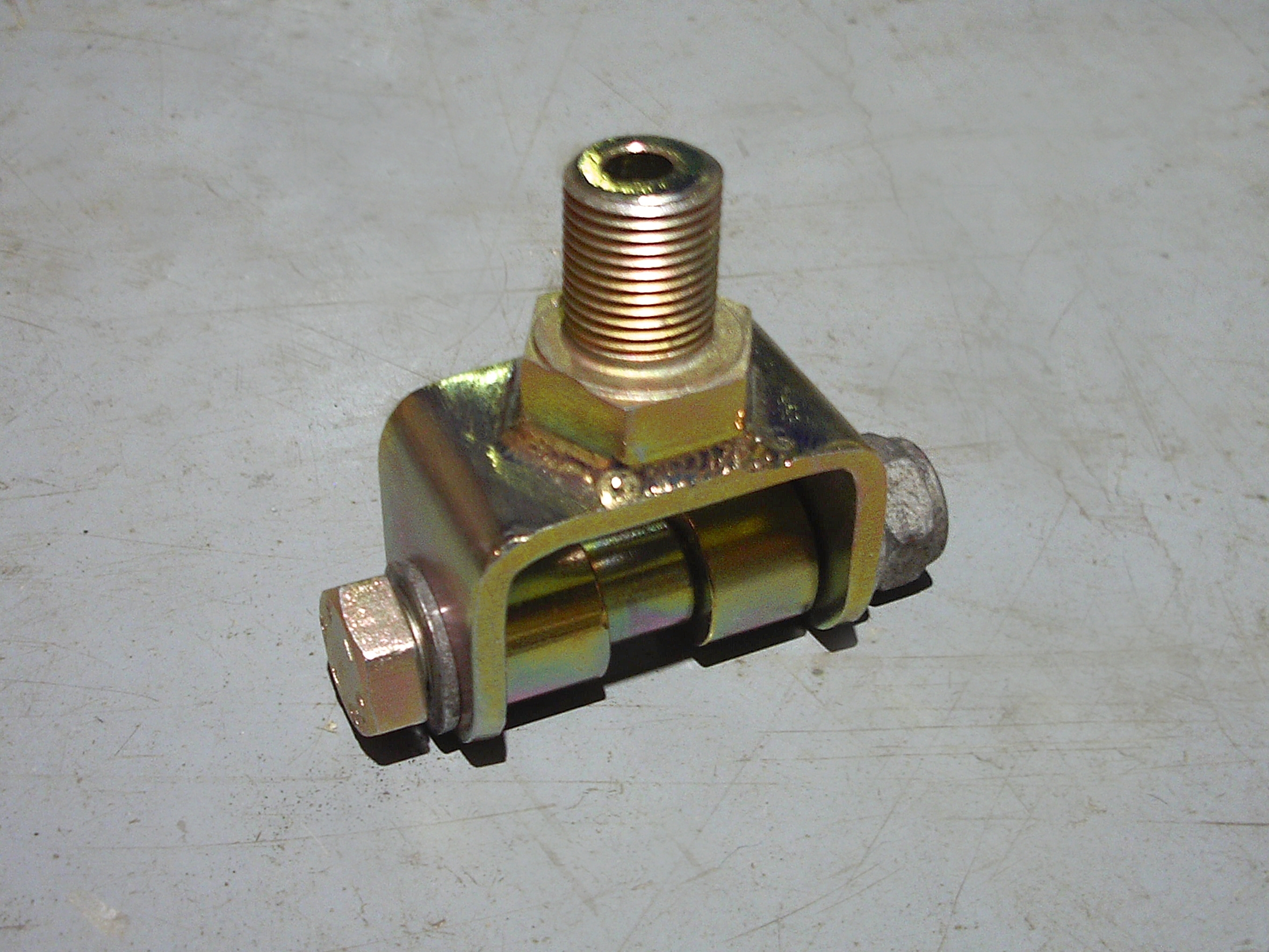 These front dampers each have a top mount which was originally fabricated by welding a large bolt to an angled bracket, the welding was a bit rough a ready and they were perhaps a little over engineered, so after media blasting I ground the welds down, drilled a hole through the length of the bolt and reduced the bracket a little. After anodising them the result was a pair of tidy looking mounts which were 30% lighter.

Next up was the front anti roll bar. Again this is a one-off item built for my car. Unlike the standard VW bar, this one is much stiffer and allows me to adjust the roll stiffness to suit the conditions. As a general rule of thumb the suspension is set relatively hard in the dry and then run on softer settings in the wet. Much like the damper top mounts this anti roll bar was attacked with an angle grinder to remove any excess metal and extra holes were drilled to shed more weight. This bar was also anodised to protect it from the elements. The aluminium drop links that attach this bar to the suspension were then machined down on a lathe, again to shed some weight. 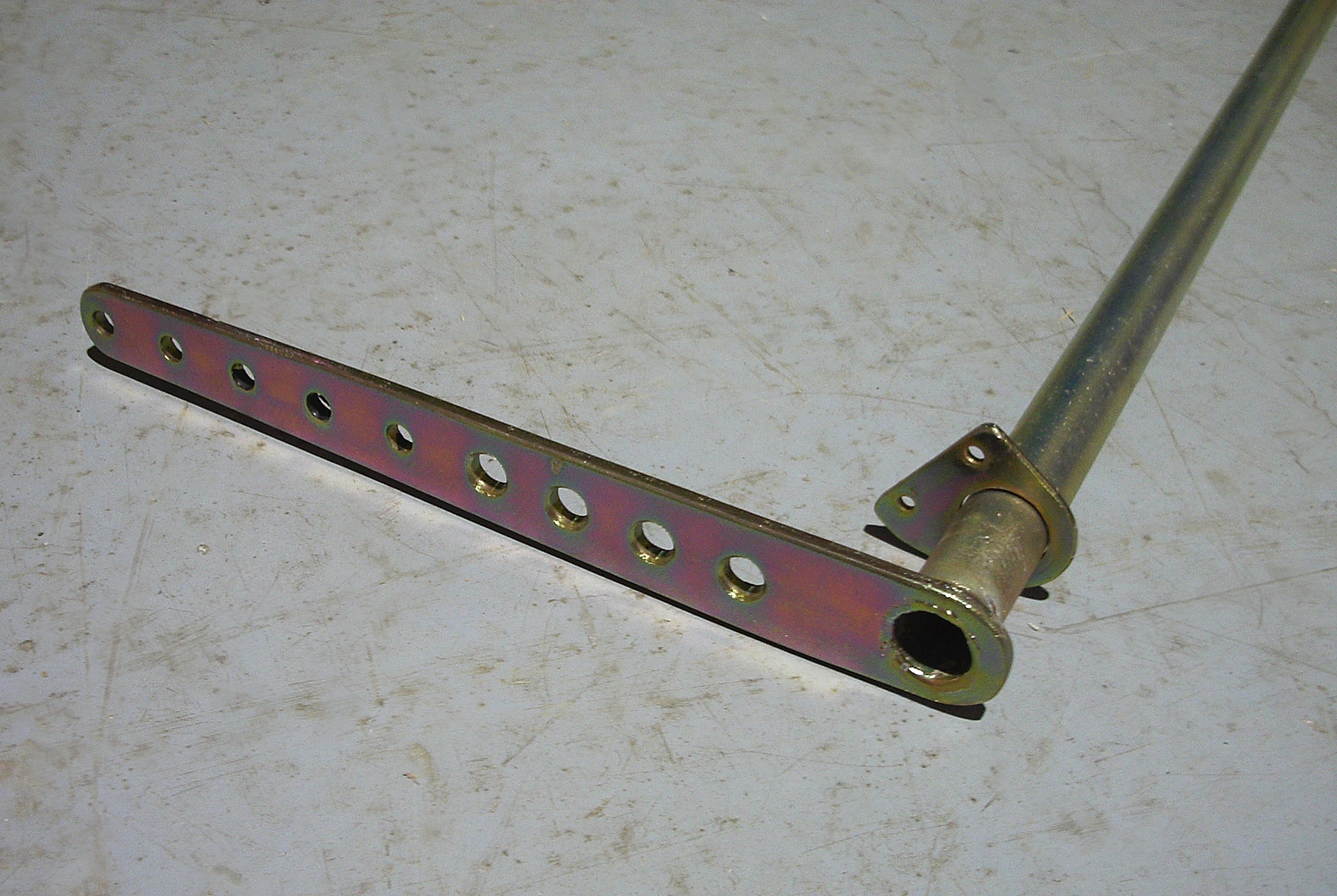 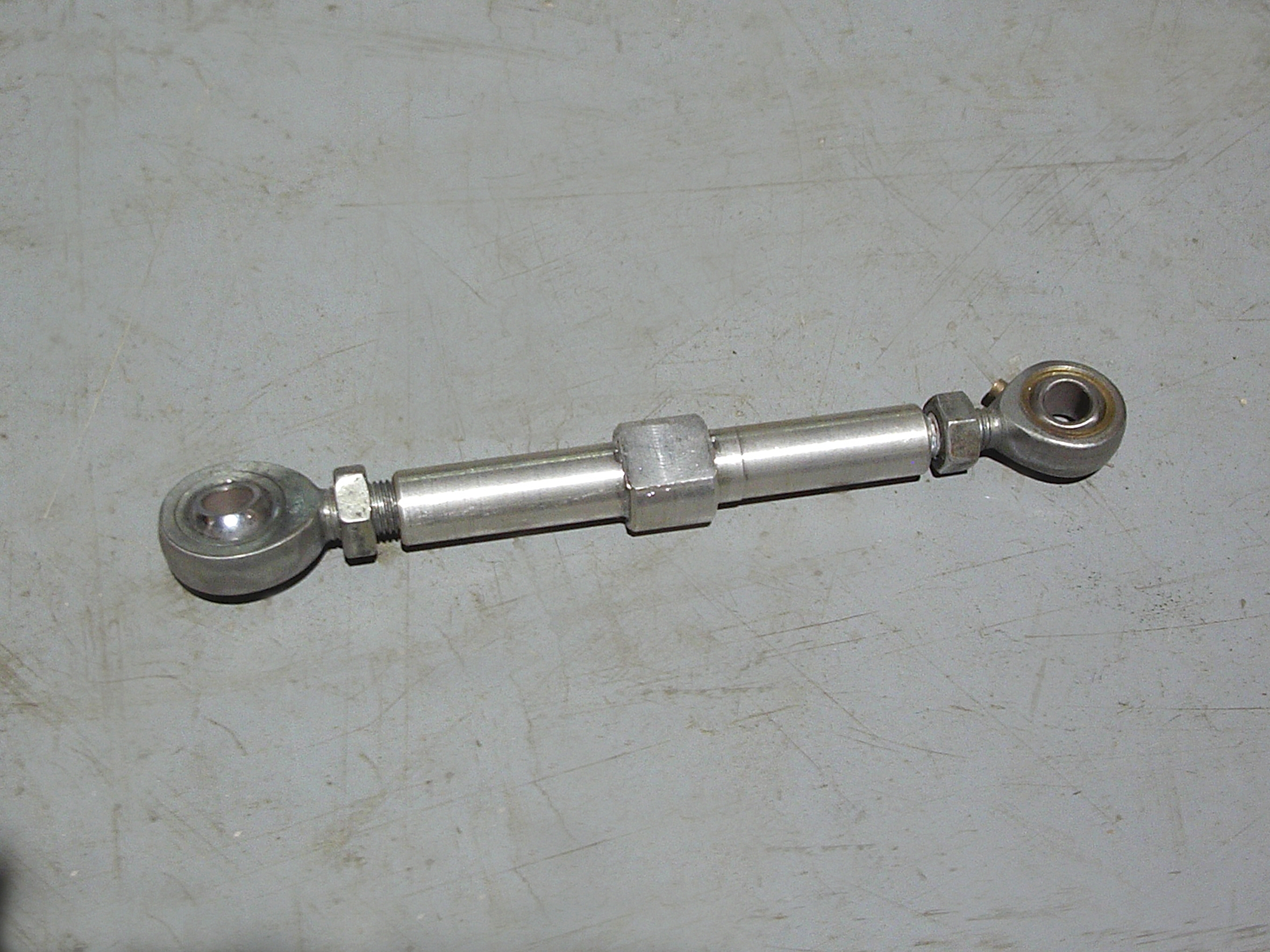 The adjustable Koni steering damper has been retained but one thing I hadn’t used before was front beam strengtheners. These were produced by VW in the 1960’s for use in rallying. Front beam strengtheners consist of a pair of bars that connect the ends of the front beam to the front of the floor pan. The purpose is to reduce the flex that occurs in the front beam and floor pan frame head under heavy braking and cornering which effects the steering geometry and handling. I could have installed the EMPI produced strengtheners available at JK (part no. J40904) but I decided to go for the more expensive CSP versions, reason being the racing rules don’t allow strengthening of the suspension pickup points but do allow modifications that were used ‘in period’ so as the CSP strengtheners are exact copies of the 1960’s VW part I’m less likely to get in trouble for using them. They do add 4kg back on the car (after all my weight saving!) but the gains in handling should outweigh that weight penalty as in theory, less flex should mean more weight is transferred to the front tyres under cornering. (Being rear engined, Beetles have far more ‘load’ on the rear tyres, so anything that transfers some of that weight to the front will help the front tyres to grip better)…Only testing will tell if this theory works in practice. 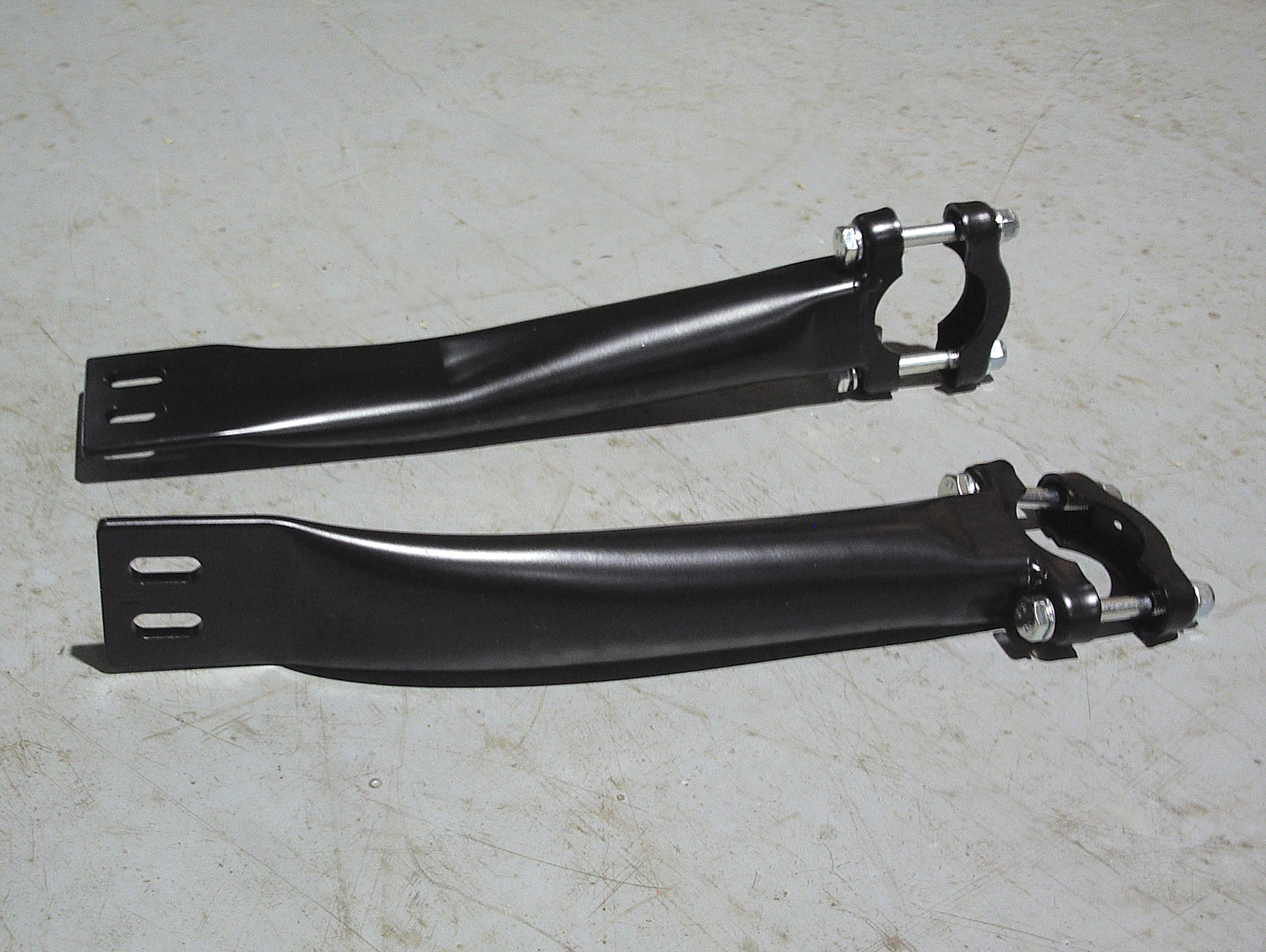 Now the floor pan and front suspension are ready for paint.

Next time the floor pan will be resplendent in satin black and then the fun really starts … Reassembly time! 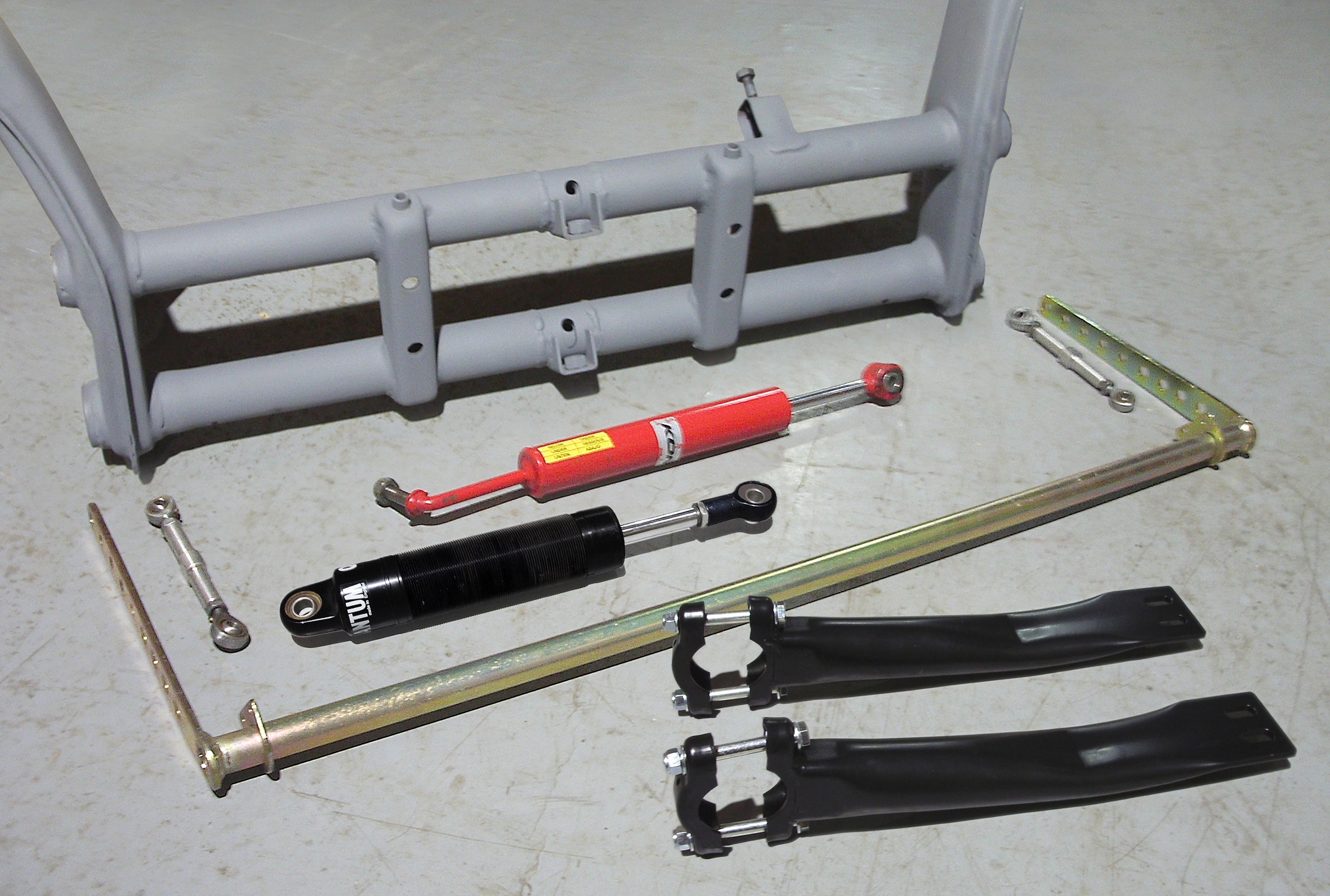