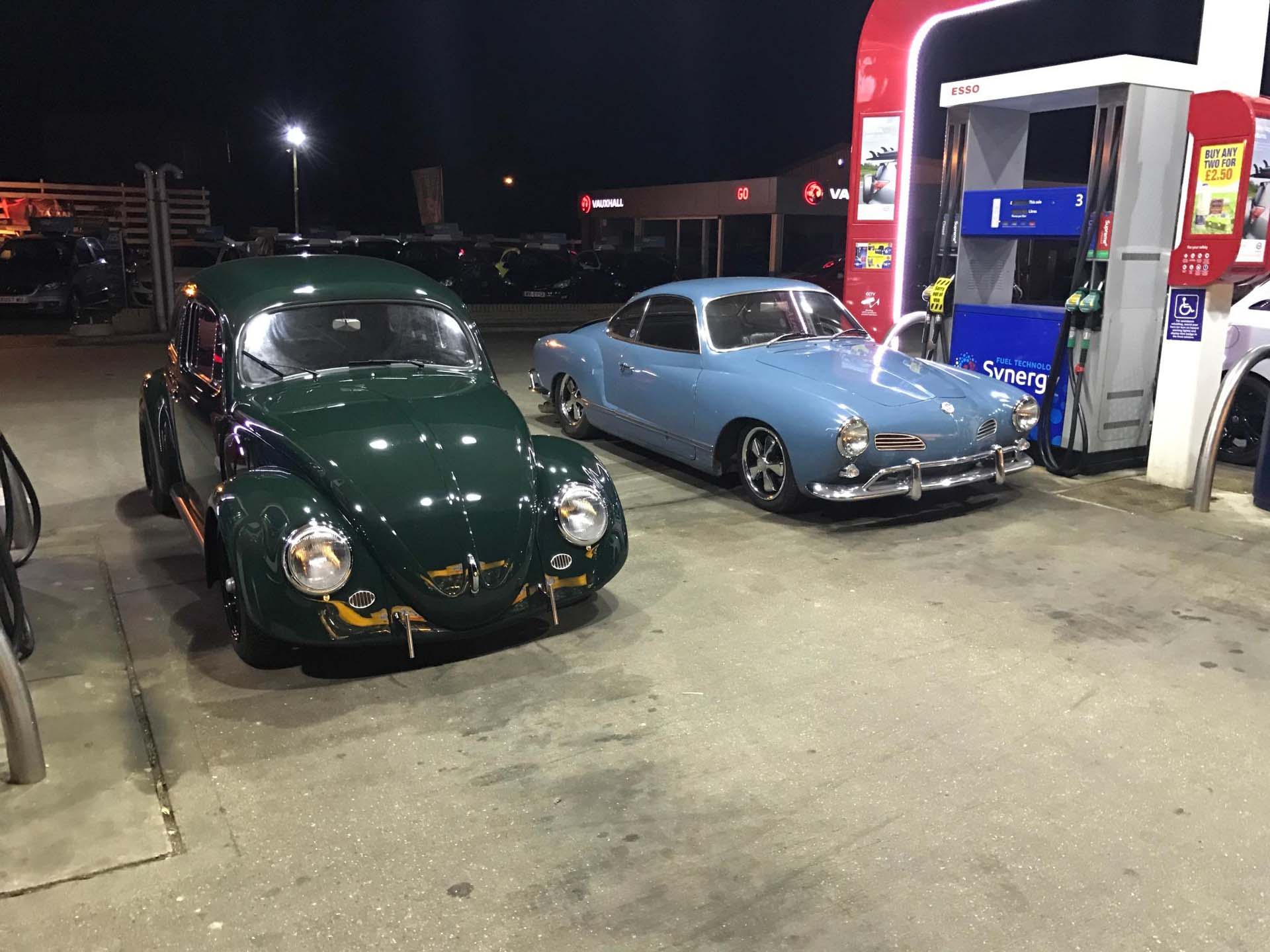 FBHVC clarifies the introduction of E10

FBHVC clarifies the introduction of E10

Just Kampers has received a press release from the Federation Of British Historic Vehicle Clubs and announces after an extensive consultation process, the Department for Transport will legislate to introduce E10 petrol as the standard 95 octane petrol grade by 1 September 2021.

You can read the entire release here :

So What Does This Mean for Us Classic VW Owners?

Many cars run E5 fuel which contains up to five per cent bioethanol, hence the name E5 without any problems, but doubling the amount of bioethanol in the fuel can cause a variety of issues in older and Classic Cars.

Ethanol is not a pleasant substance, being acidic, somewhat corrosive, a solvent, and also hygroscopic– it absorbs water from the atmosphere. Over time, water and ethanol form a mix denser than petrol, and in a process known technically as “phase separation” this pretty aggressive cocktail sinks to the bottom of the tank. With E10, the process starts with a mere 0.5% water content in the fuel. Because on cars built before 2000 the components such as fuel pumps, fuel hoses, carburettors etc were not designed to allow for the acidic nature of ethanol, they now break down the rubber components, causing leaks and failures. And potentially fires.

To make matters worse when you turn the car on, your fuel pump will draw the water from the bottom of the tank into the engine, where it will promptly do untold damage.

What Can I Do To Protect My VW?

Use Super unleaded E5 after the 1st Sept 2021. E5 is set to remain for five more years after the introduction of E10, according to the PRA ( Petrol Retailers Association).

With most super unleaded E5 currently only containing between 2 and 3 per cent ethanol, this should be more than sufficient for older vehicles. However, the bad news is that super unleaded will cost you more – around 15 pence per litre.

Today you should only be using a fuel hose that is rated to cover R6, R7, R8, R11, this will be clearly printed on the hoses. Often when changing hoses owners or garages do not correctly refit the hose clips. An over-tightened hose clip can cut into the hose. A loose or missing clip can cause the hose to leak or worse fall off. Do NOT fit fuel filters over distributors, you are introducing two extra points where a hose could leak straight over a component that makes sparks!

There is no excuse to be using an older fabric fuel hose or even a cracked fuel hose! 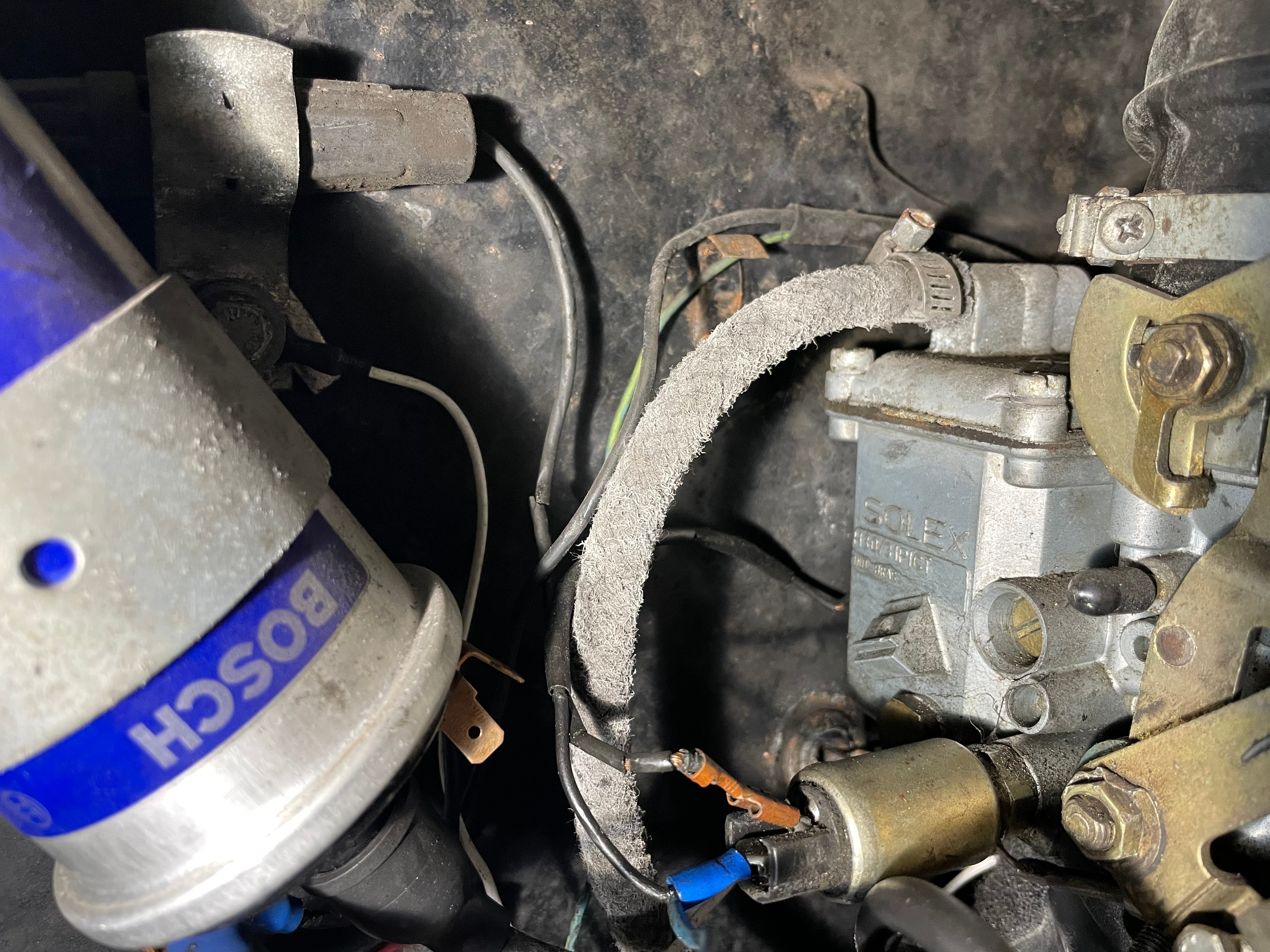 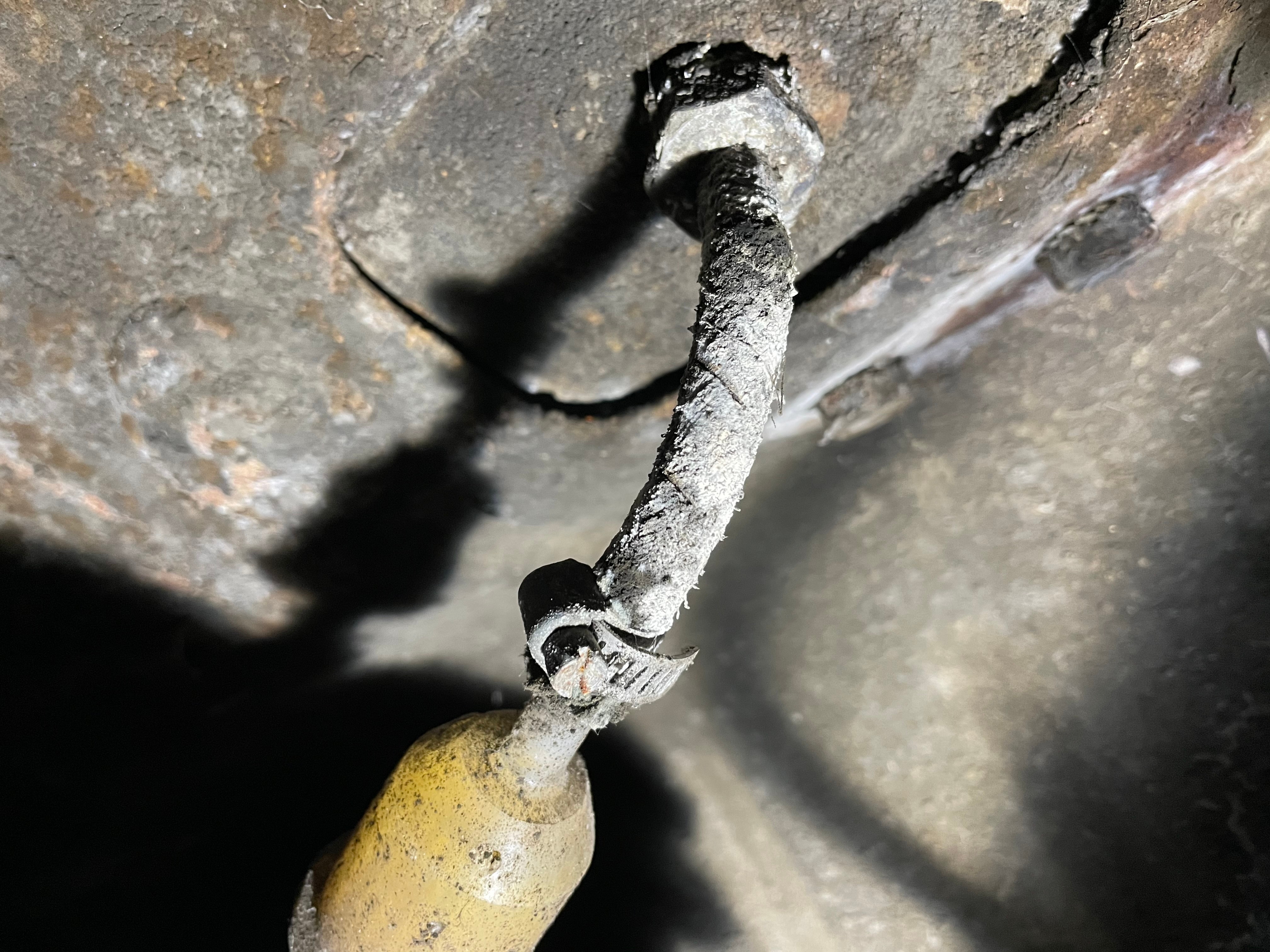 With modern fuels, you need modern ethanol proof fuel hoses. At Jk we will only use on our own vehicles these two hoses J10583 and J11668 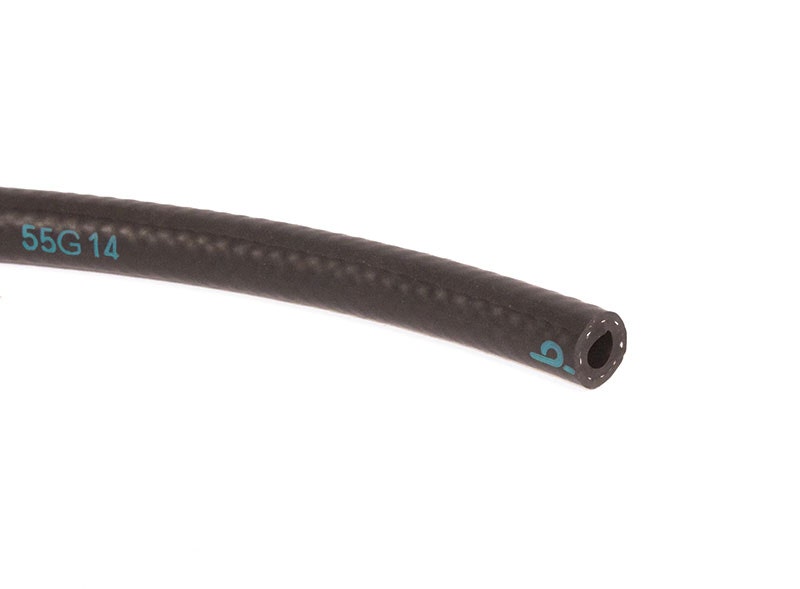 Install a Fuel cut off valve.

This is a great solution, especially, as if the fuel hose burns through, the fuel tank can carry on siphoning fuel in an uncontrolled manner. Not a great situation, as it's literally putting fuel onto the fire. The valve is wired so it is only open when the ignition is on, turn the ignition off, and the fuel supply is cut off. It can also act as a 'secret' anti-theft deterrent if you hide an inline switch to the value. So if you leave the vehicle you can turn off the hidden switch, so if it was stolen, it would run out of fuel within a few hundred meters.J43844 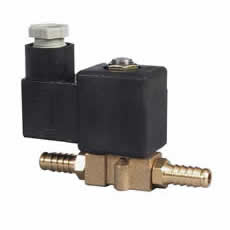 Safeguard your car or camper against fires by carrying an in-car fire extinguisher. You never know when accidents or emergencies can happen.

The Engine Fire Fighter is a simple and effective way to put out engine fires, that you may not even know are happening on a rear-engine vehicle. And takes less than 10 minutes to fit and no tools required. Available in two lengths, either 2m or 3m, the tube system is easy to install using the supplied ties and requires no other power or external trigger. In the event of a fire, the tube will activate when the temperature reaches 120 degrees Celsius extinguishing a fire and protecting you and your pride and joy. 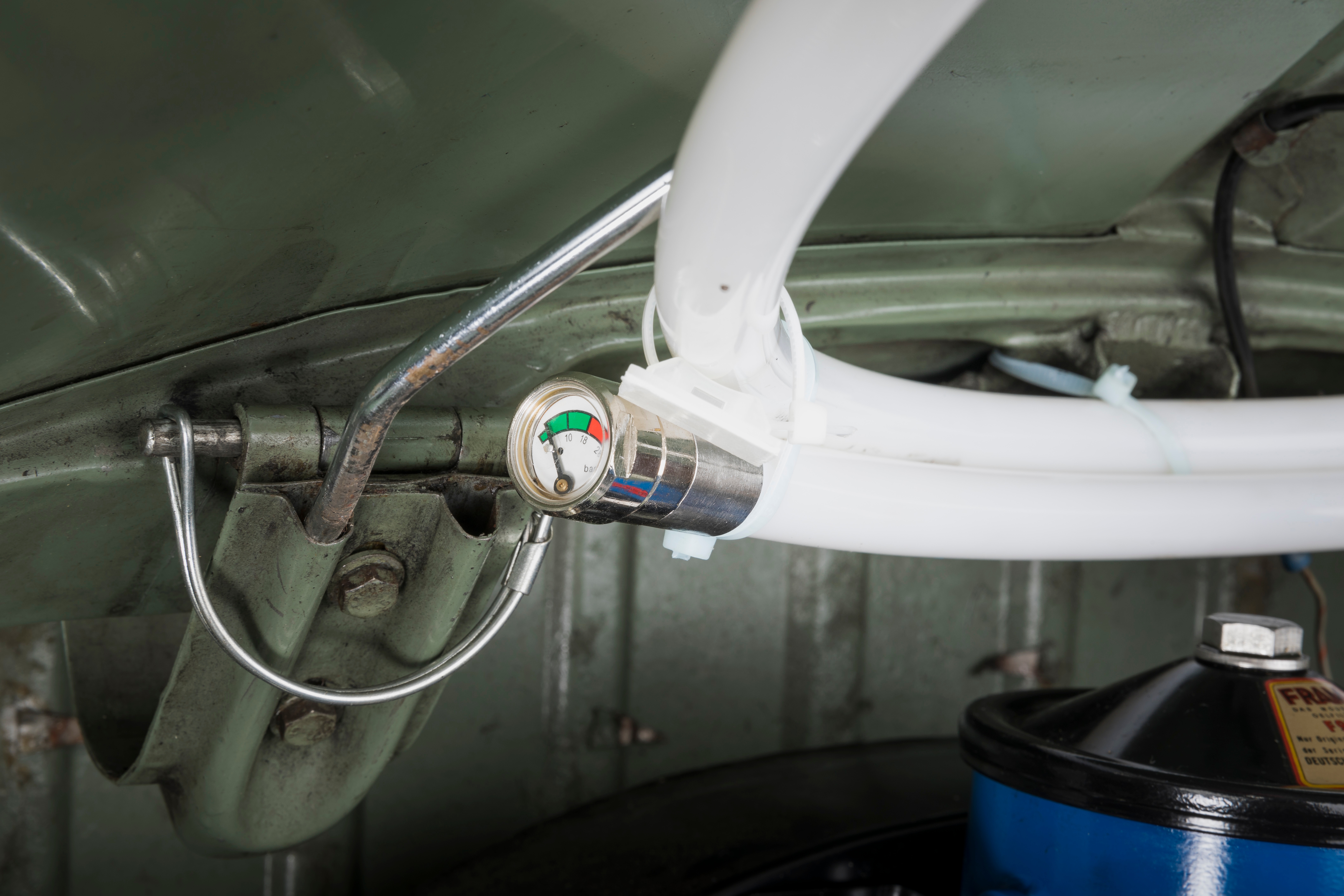 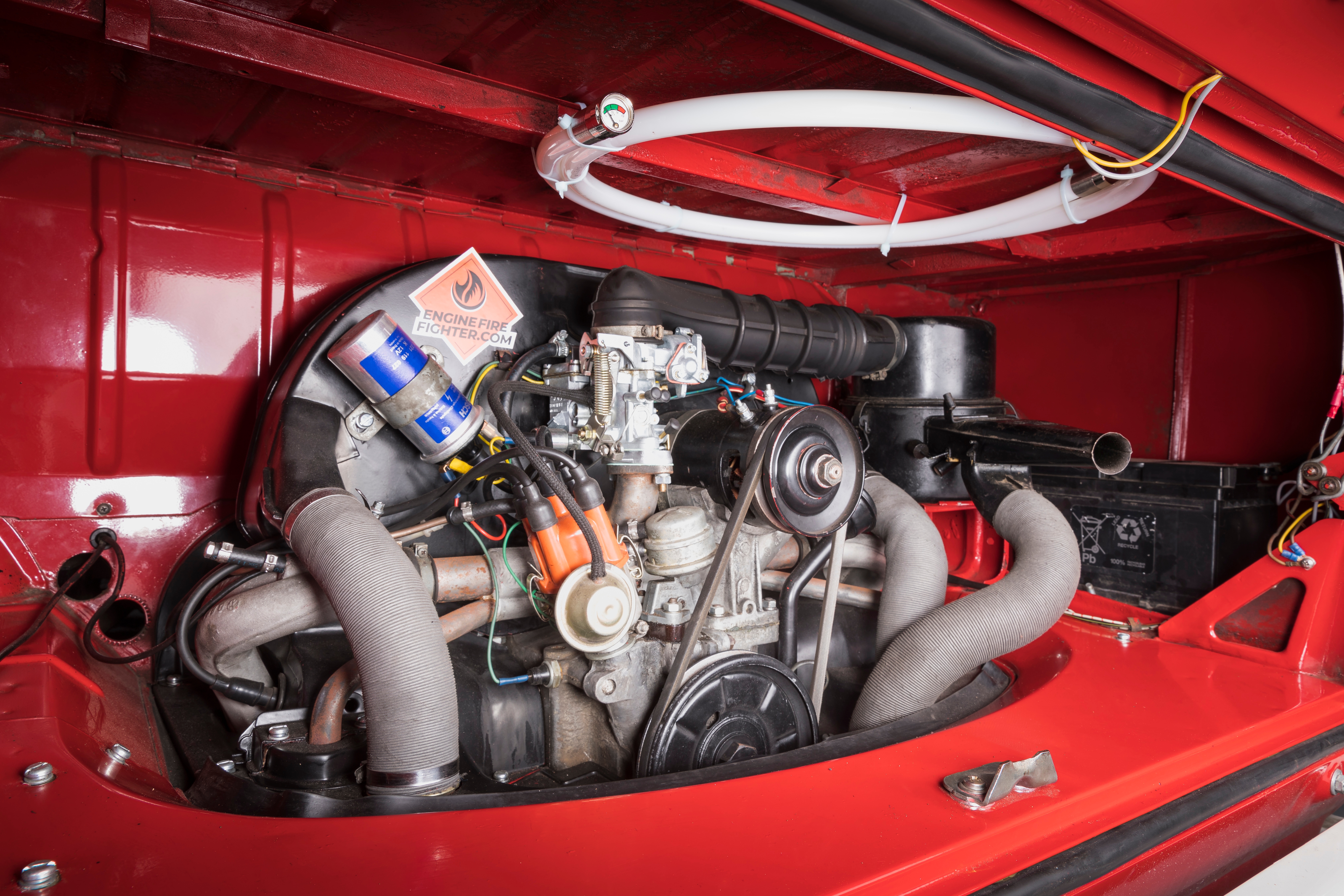 
Other fire extinguishers we recommend can be found below : 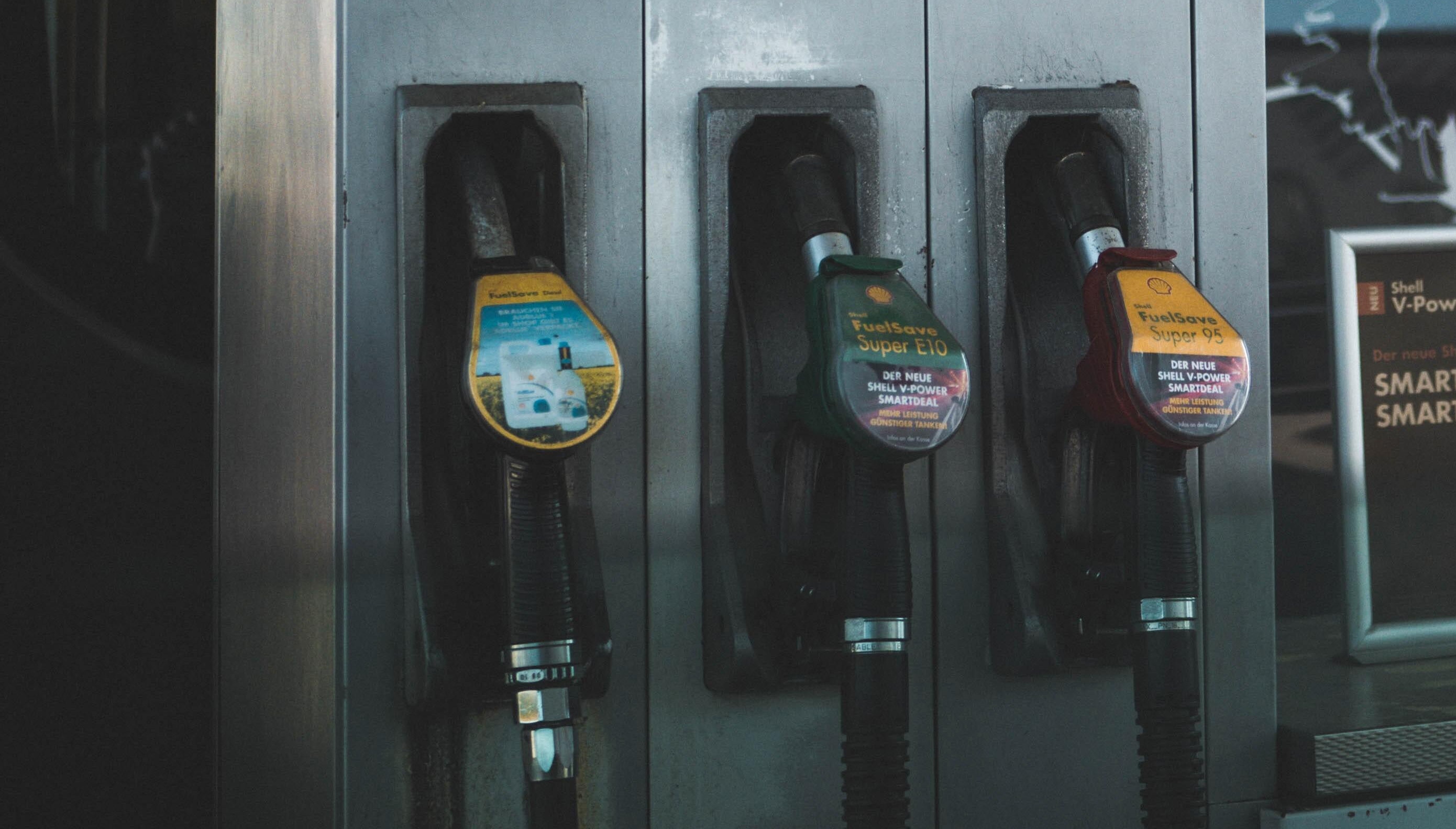