I beefed my dad to buy me the two beetles that a guy had in his garden up the road to my parents' house. And with a little patience and even less money I managed to get one car on the road, painted and trimmed as a young lad I was more than happy with as a first car. 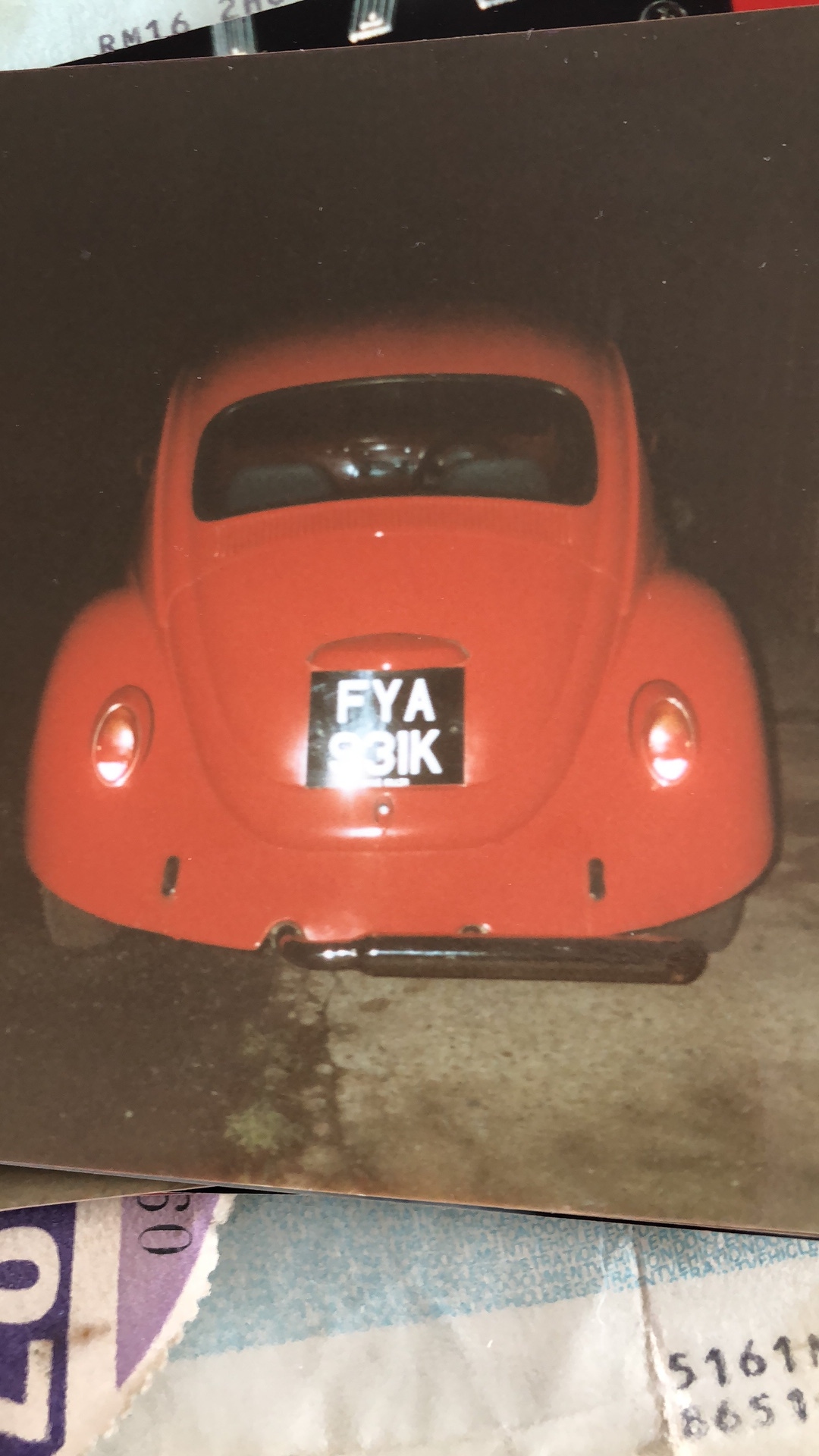 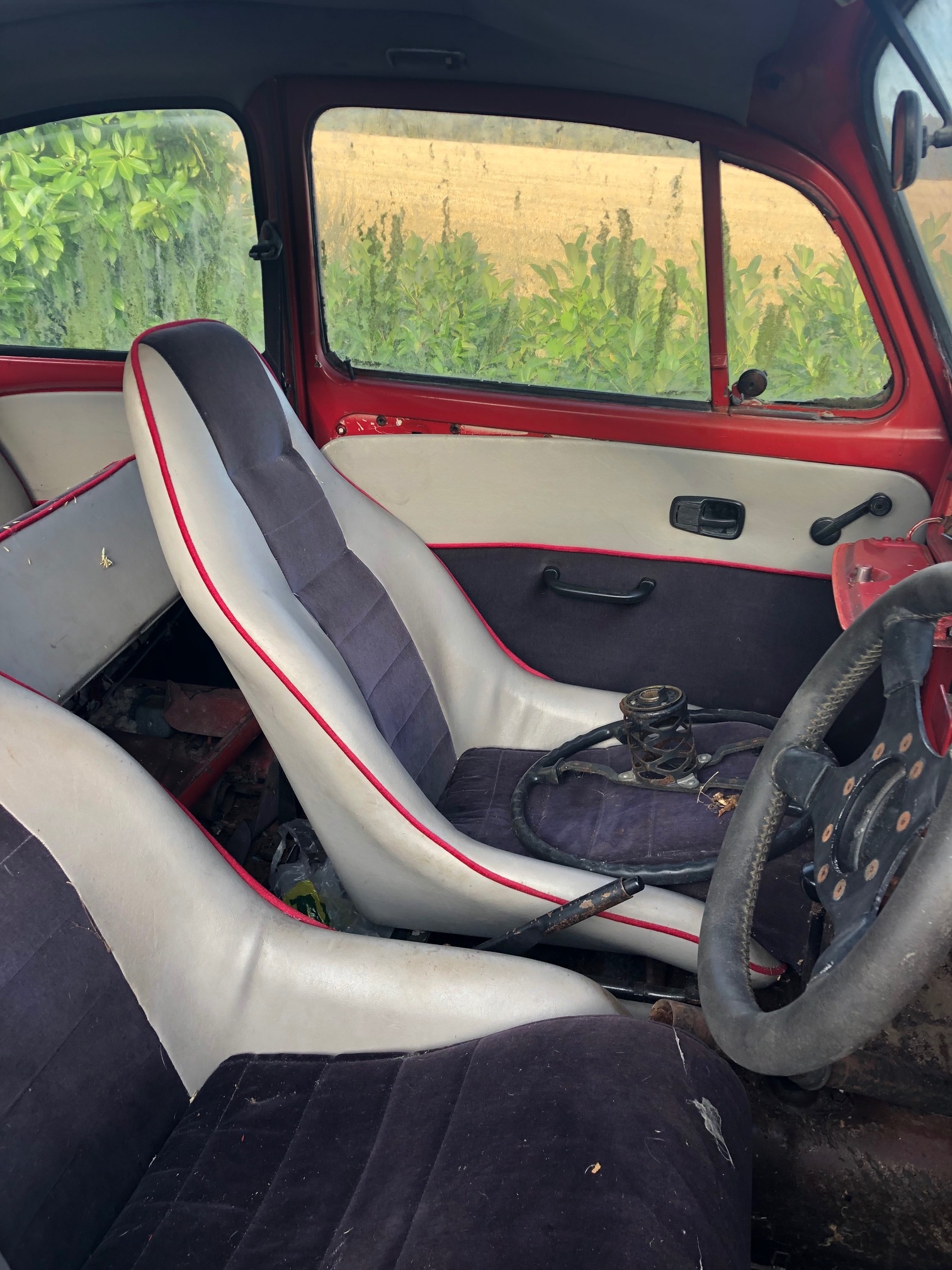 Onwards to 2019. The wife did me a surprise 50th birthday prezzie, she had tracked down my old bug, it was still with the guy I sold it to, and he hadn’t ever registered it. So technically I’d never not owned it, and so the project begun

It was back in my hands after living 26 yrs in storage, and the last few yrs like David Bellamy, in the undergrowth,  but I’d decided already to do all the work myself, except for the trim, as my dad's work had survived 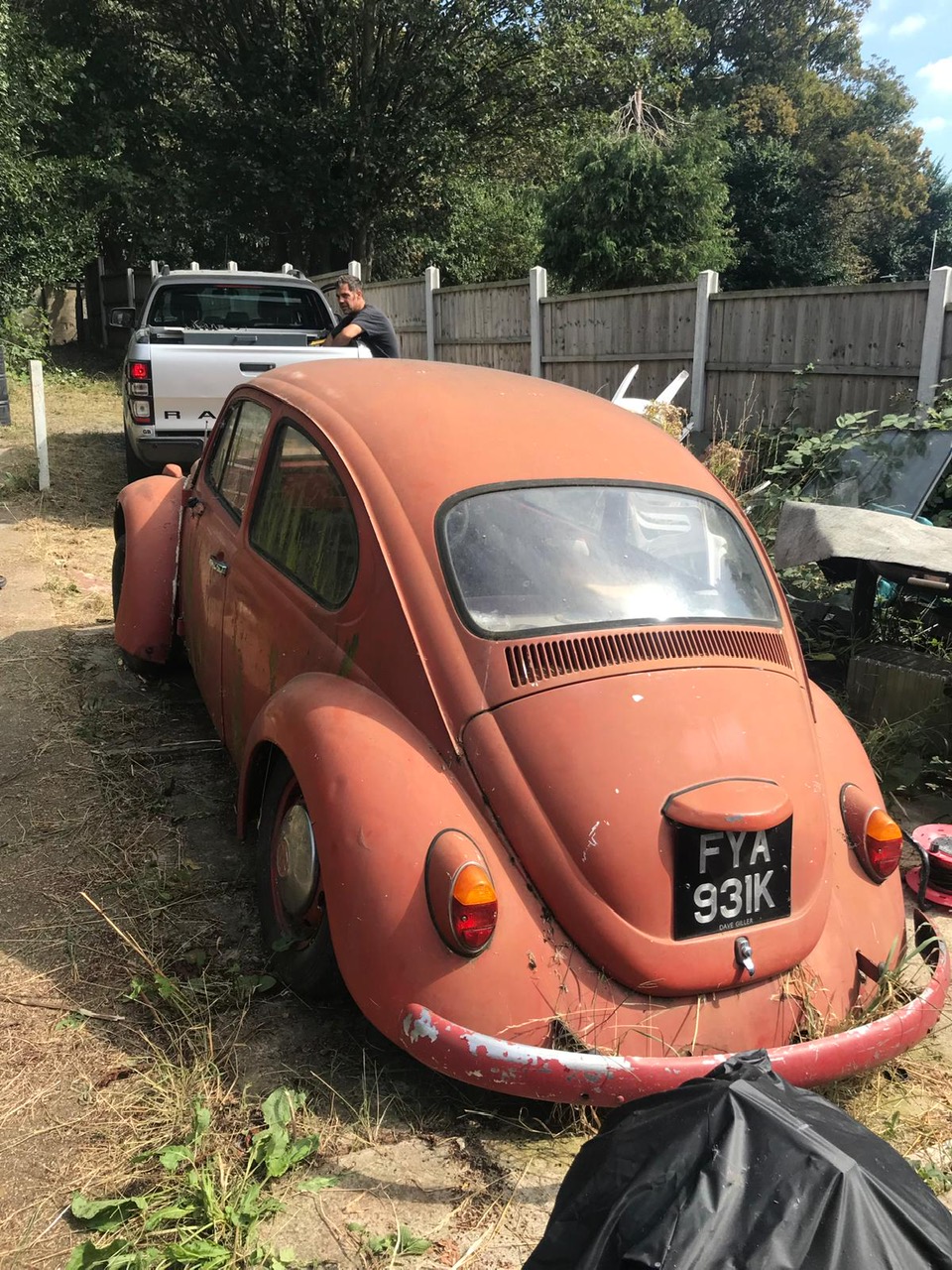 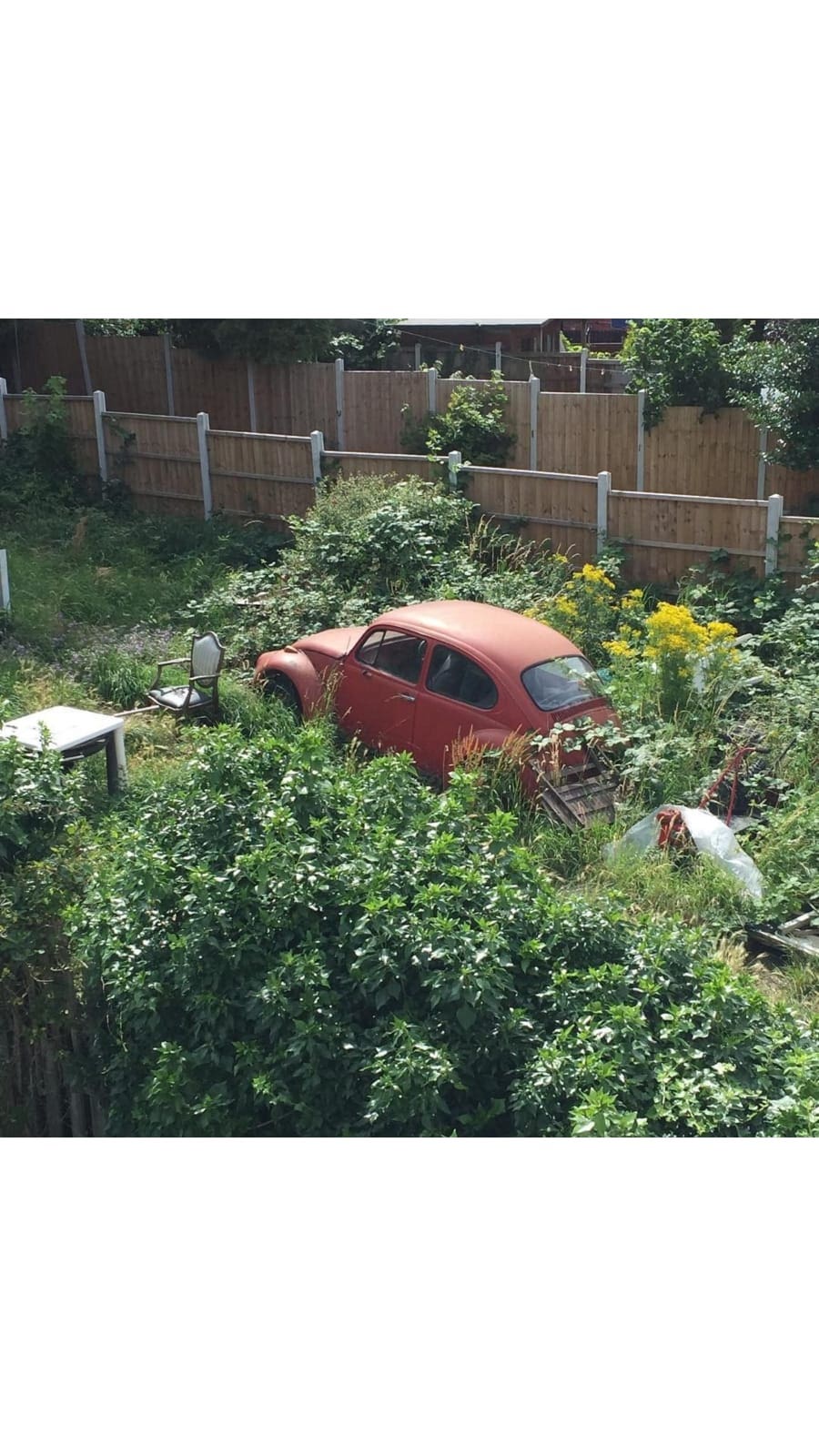 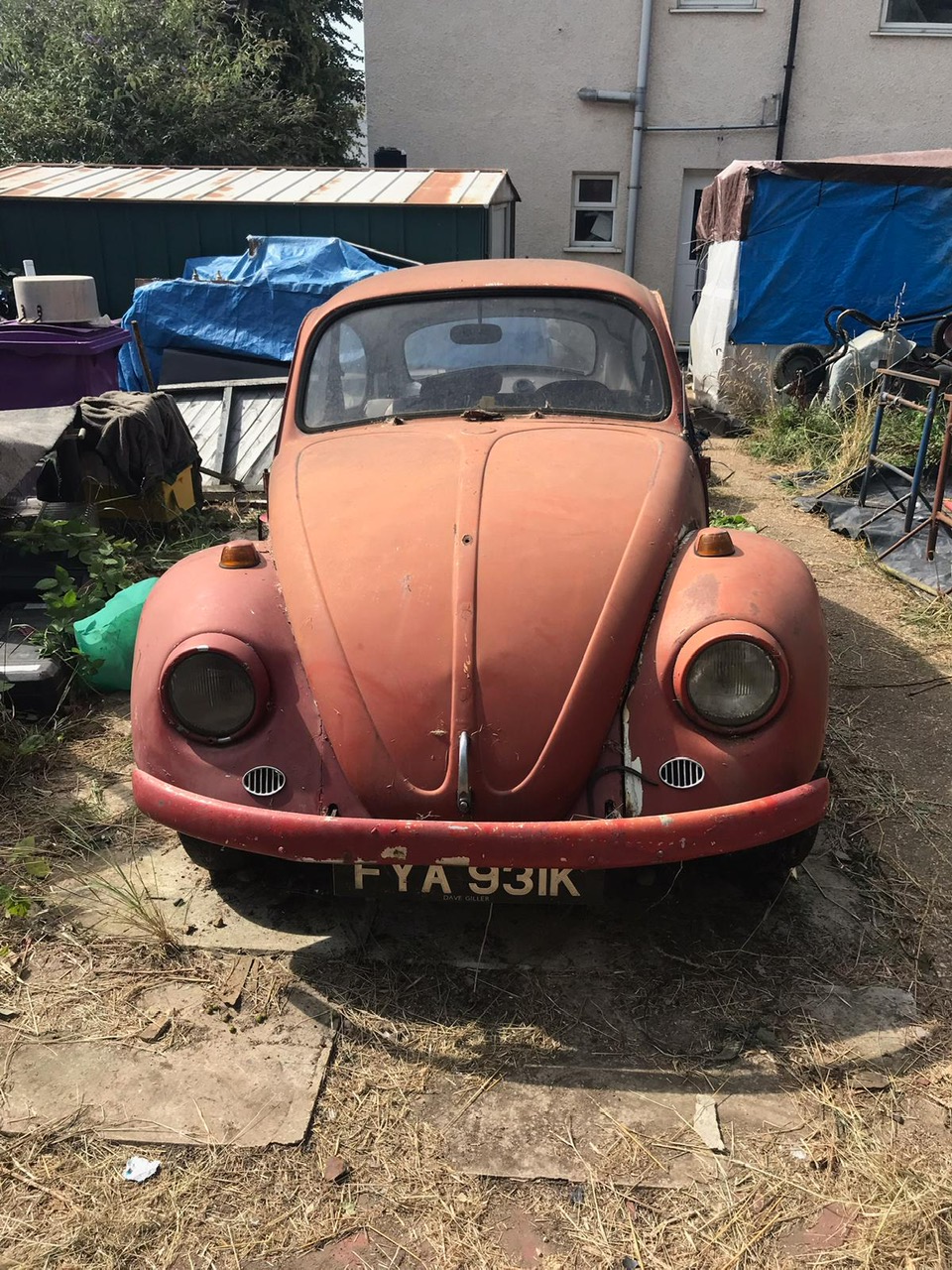 Work began immediately stripping the car down to bare bones It wasn’t looking good, the shell had been cross-braced as the channels, and pillars were both shot to bits.

So I started on the chassis, which to be honest had faired very well, apart from the obligatory hole in the battery tray, but everything that was attached to the chassis was either replaced or removed repaired and painted. 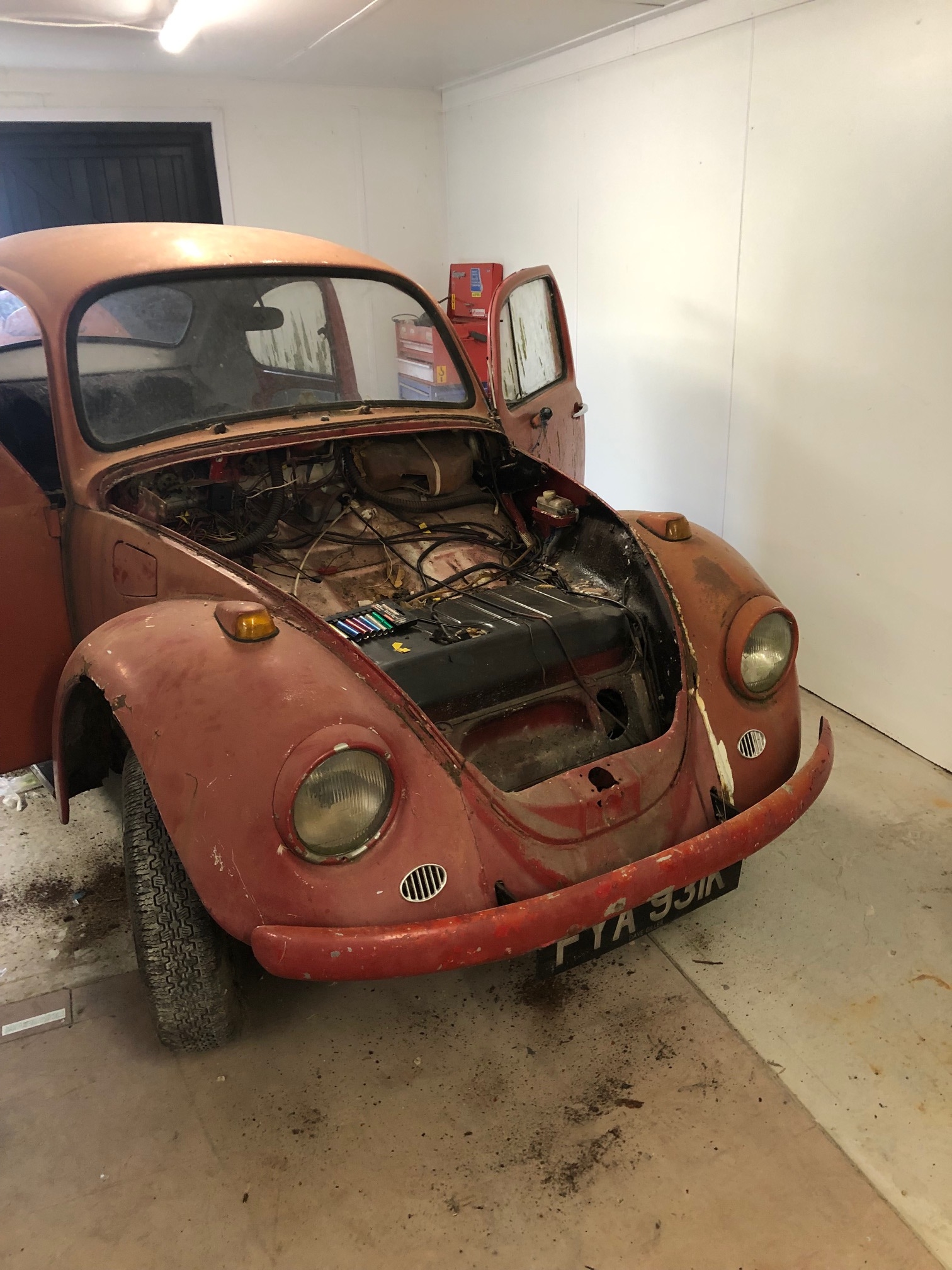 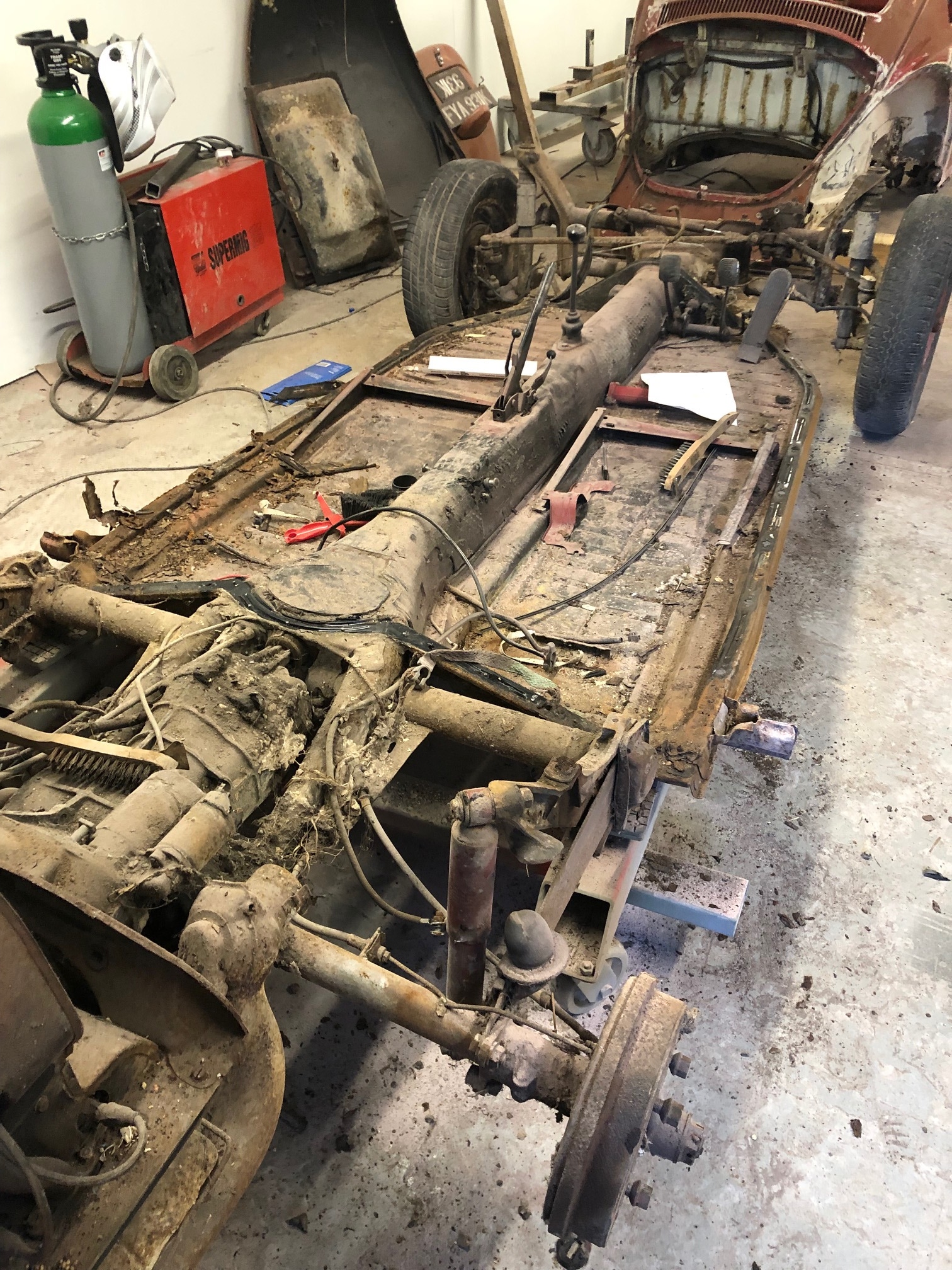 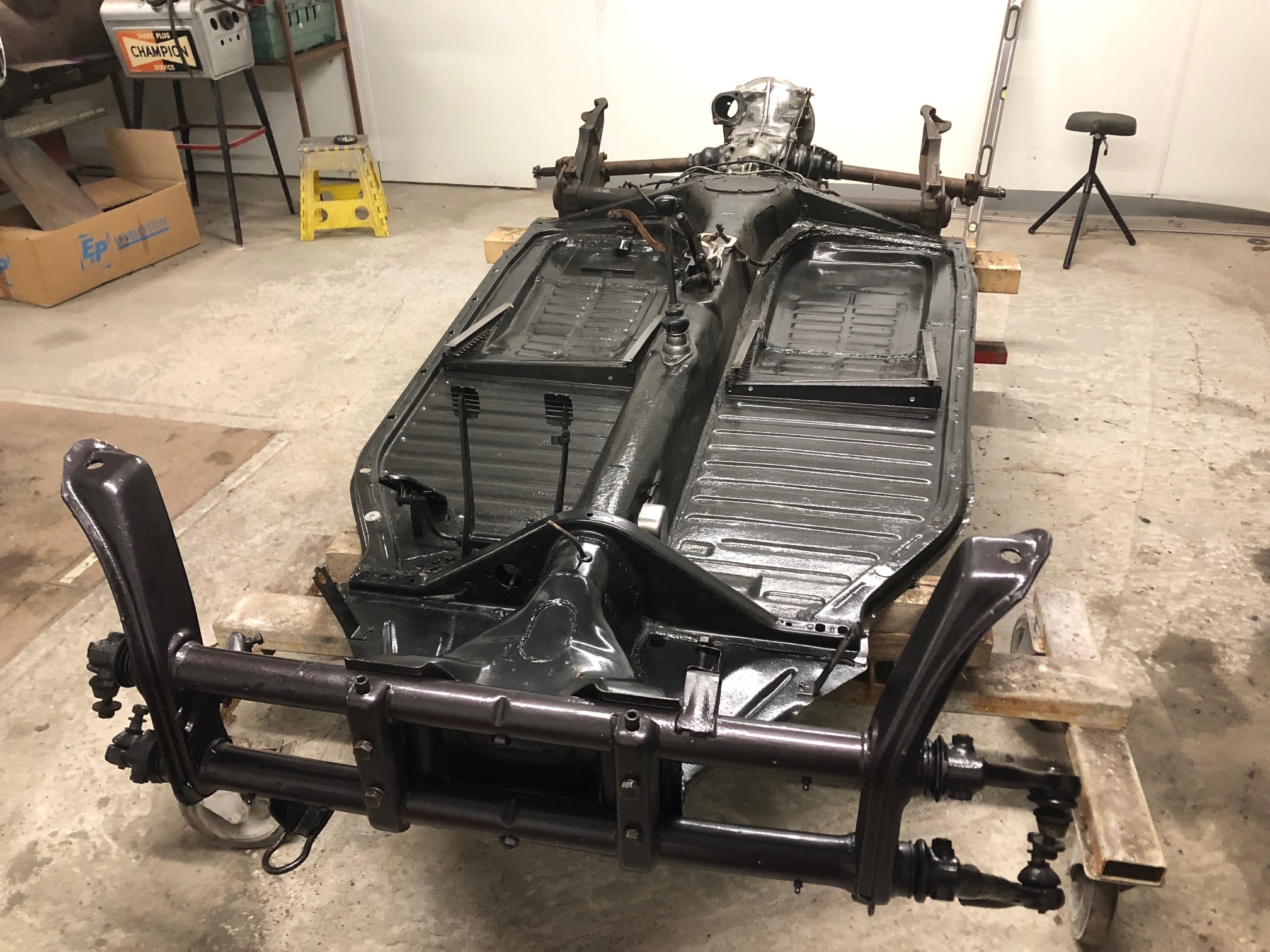 So now to tackle the body, which was according to my bug tech dept mate Rhys wasn’t the worse he’d seen, but for a carpenter like myself seemed pretty crap. So with grinder and mug, I set to it. And in a relatively short time, I had replaced front and rear clip left and right rear quarters, heater channels, rear cross member, front bulkhead, and rear bumper hanger sections, and with this done I went like a wild man with wire brush attachments and started to get a bare metal shell. 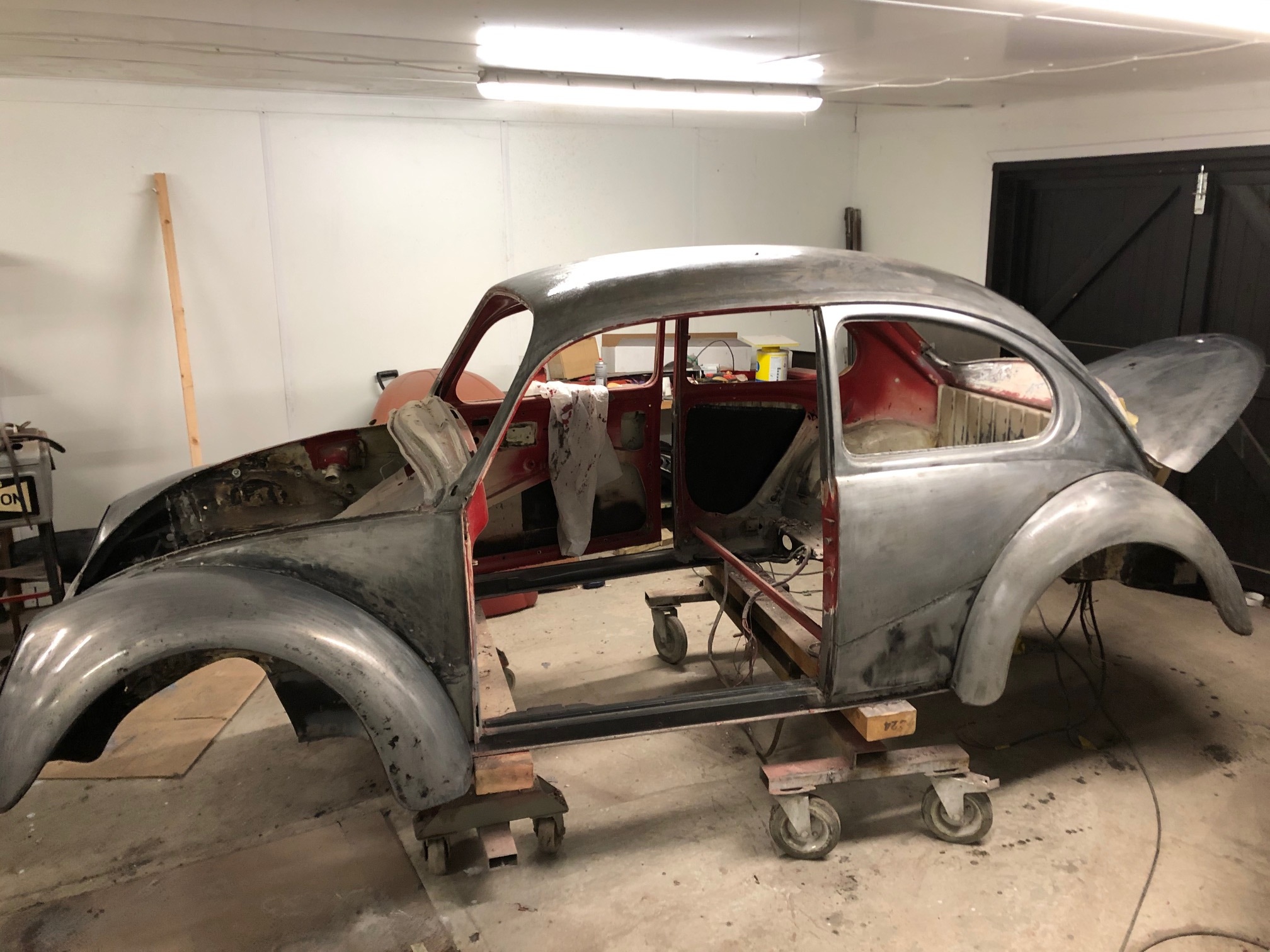 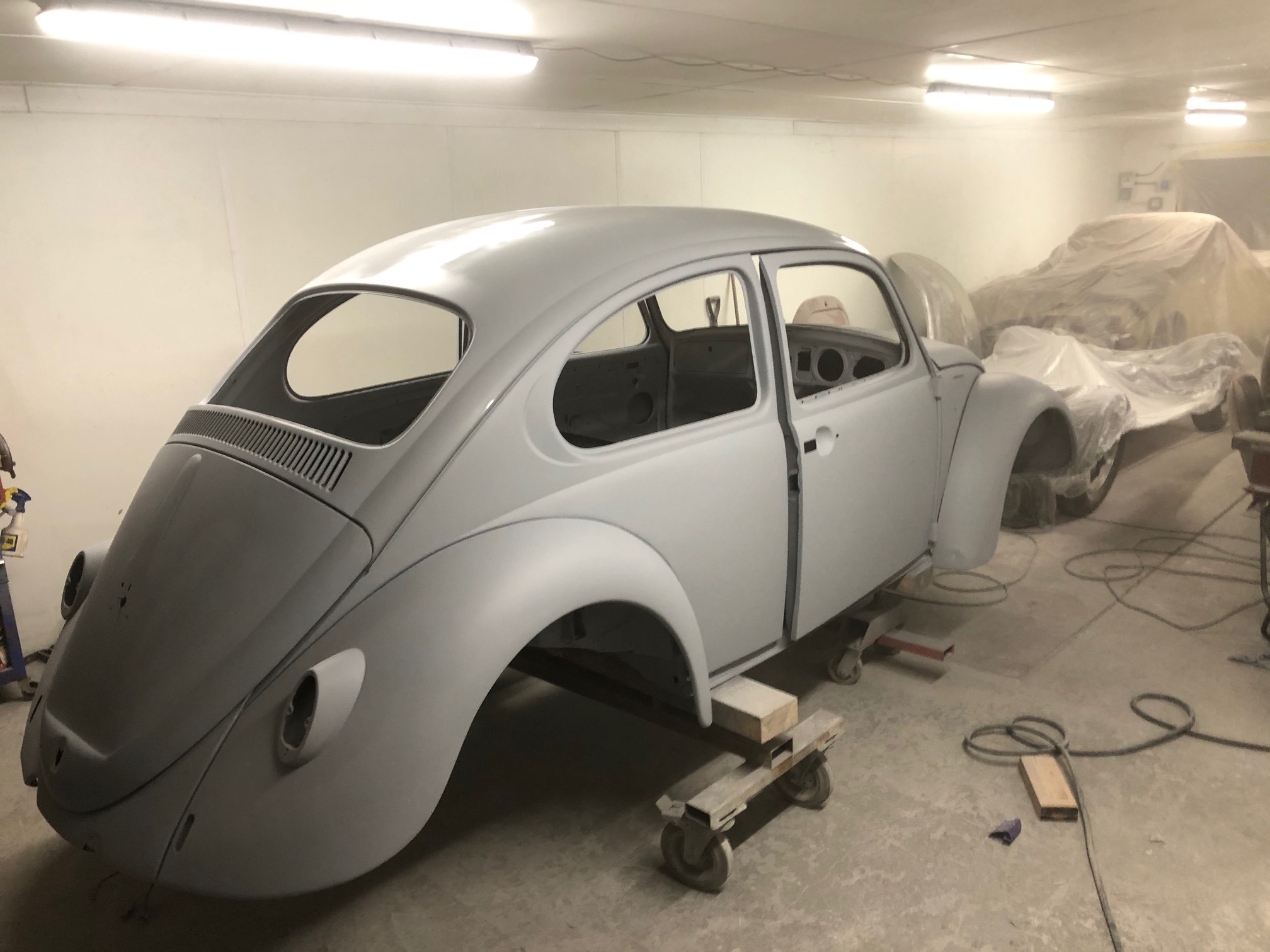 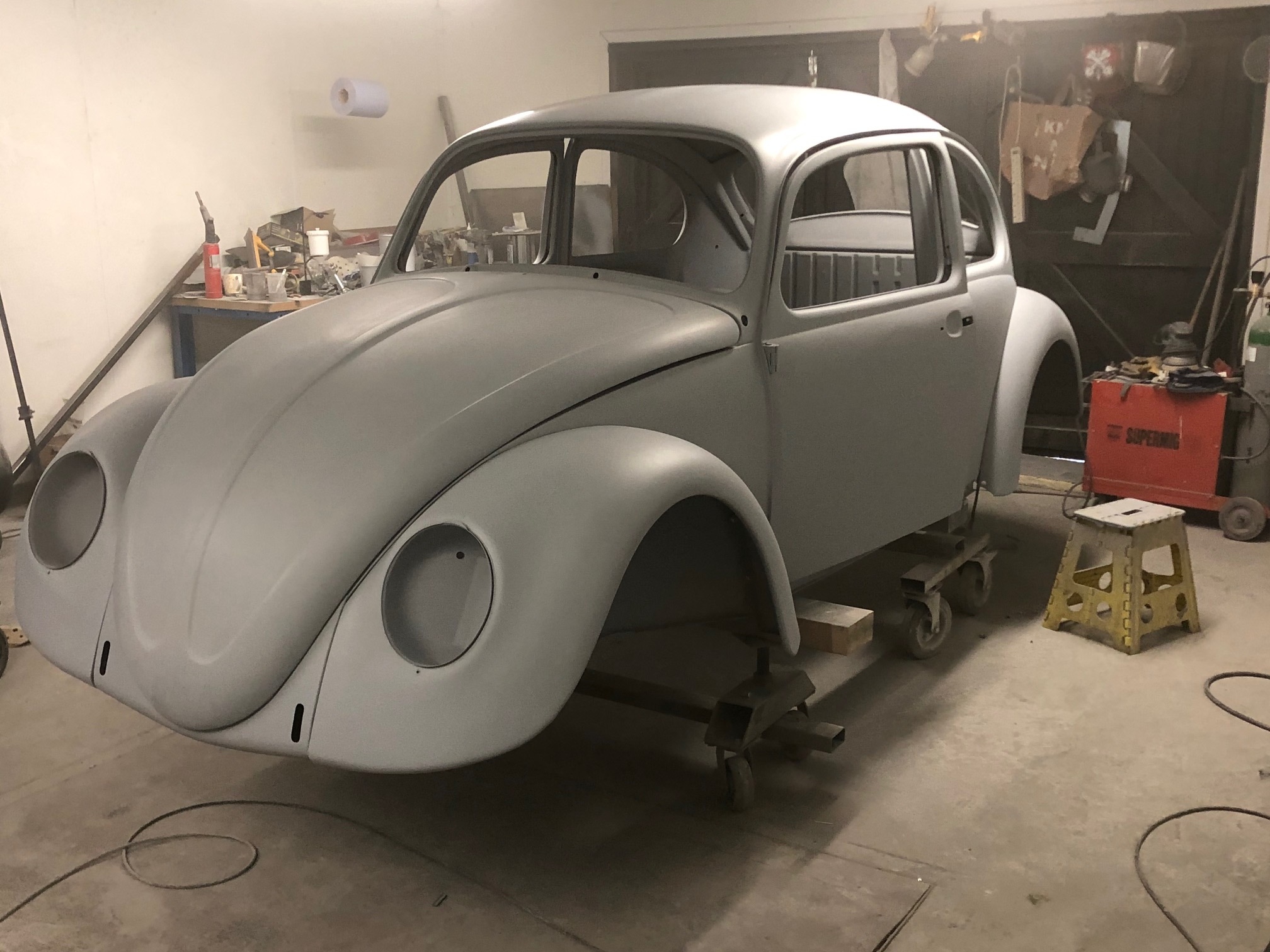 And with a skim of filler here and there it ended up pretty good then a coat of epoxy and plenty of hi-build was next, along with sourcing early deck lid, bonnet and wings, for the look I wanted.

This took me up to March 2020, then COVID-19 struck. Which in all honesty did me a favour, I had nine weeks off work, every day in the workshop... here we go, the guards  red had been purchased and had to be shot on 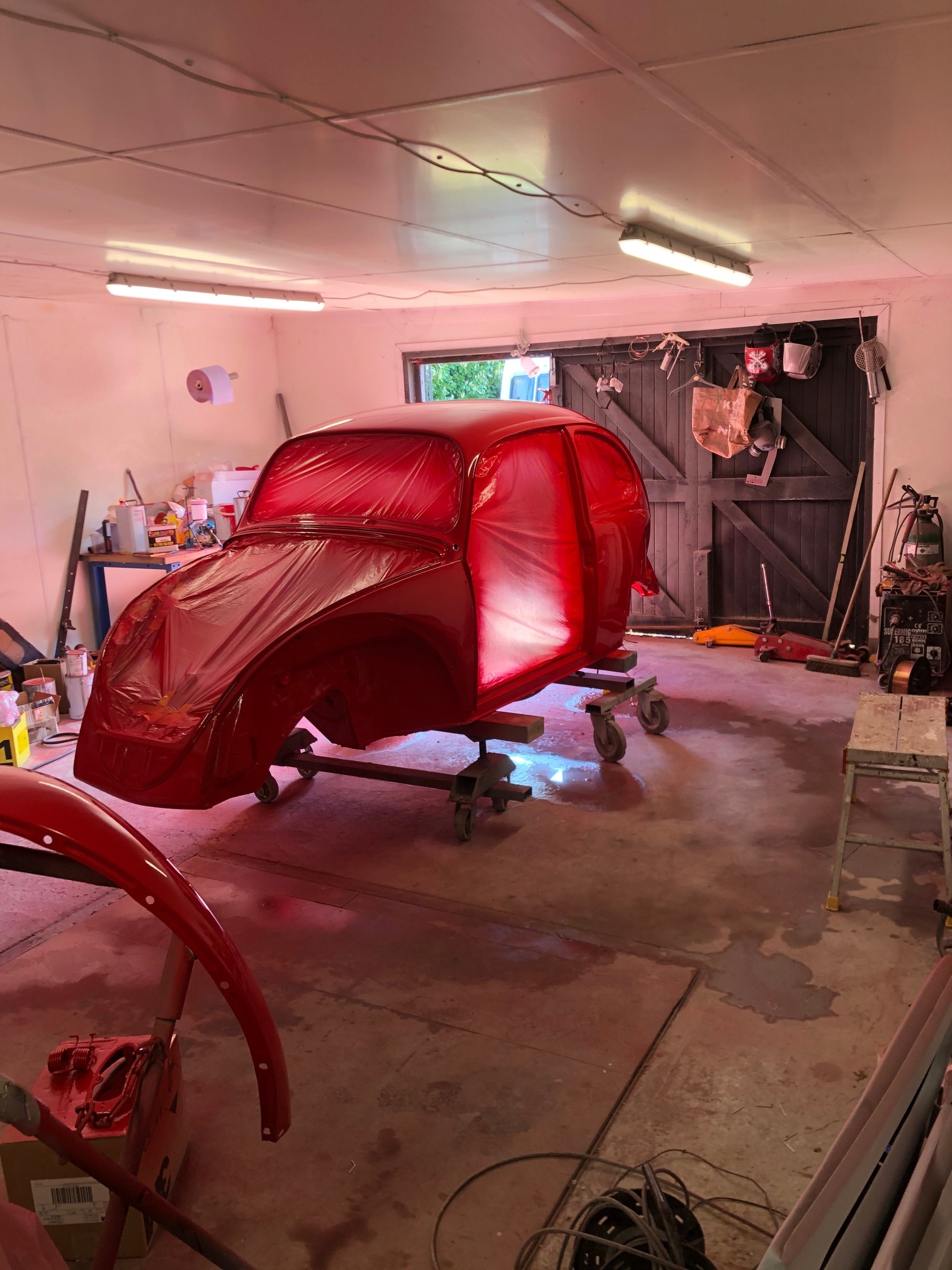 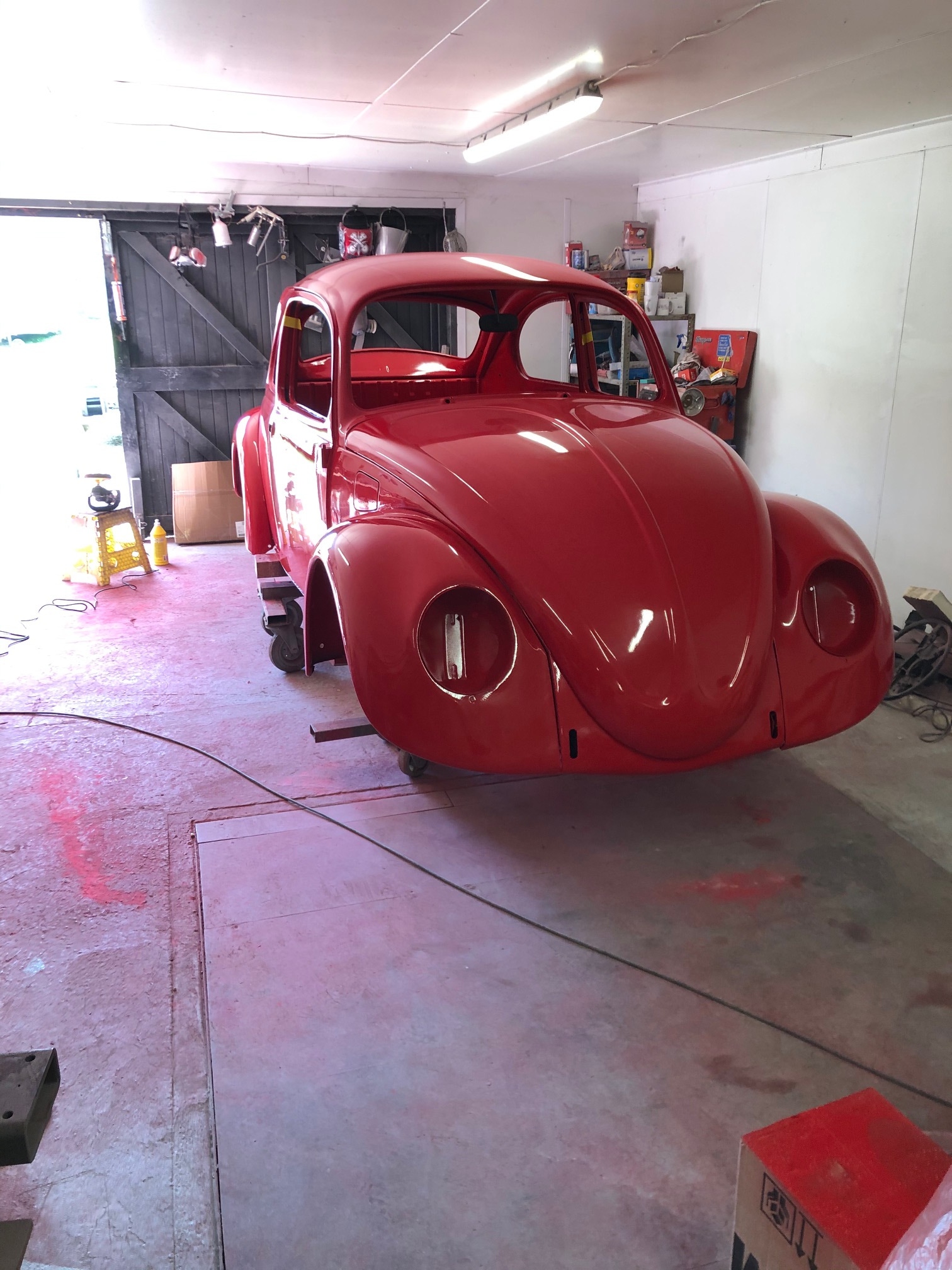 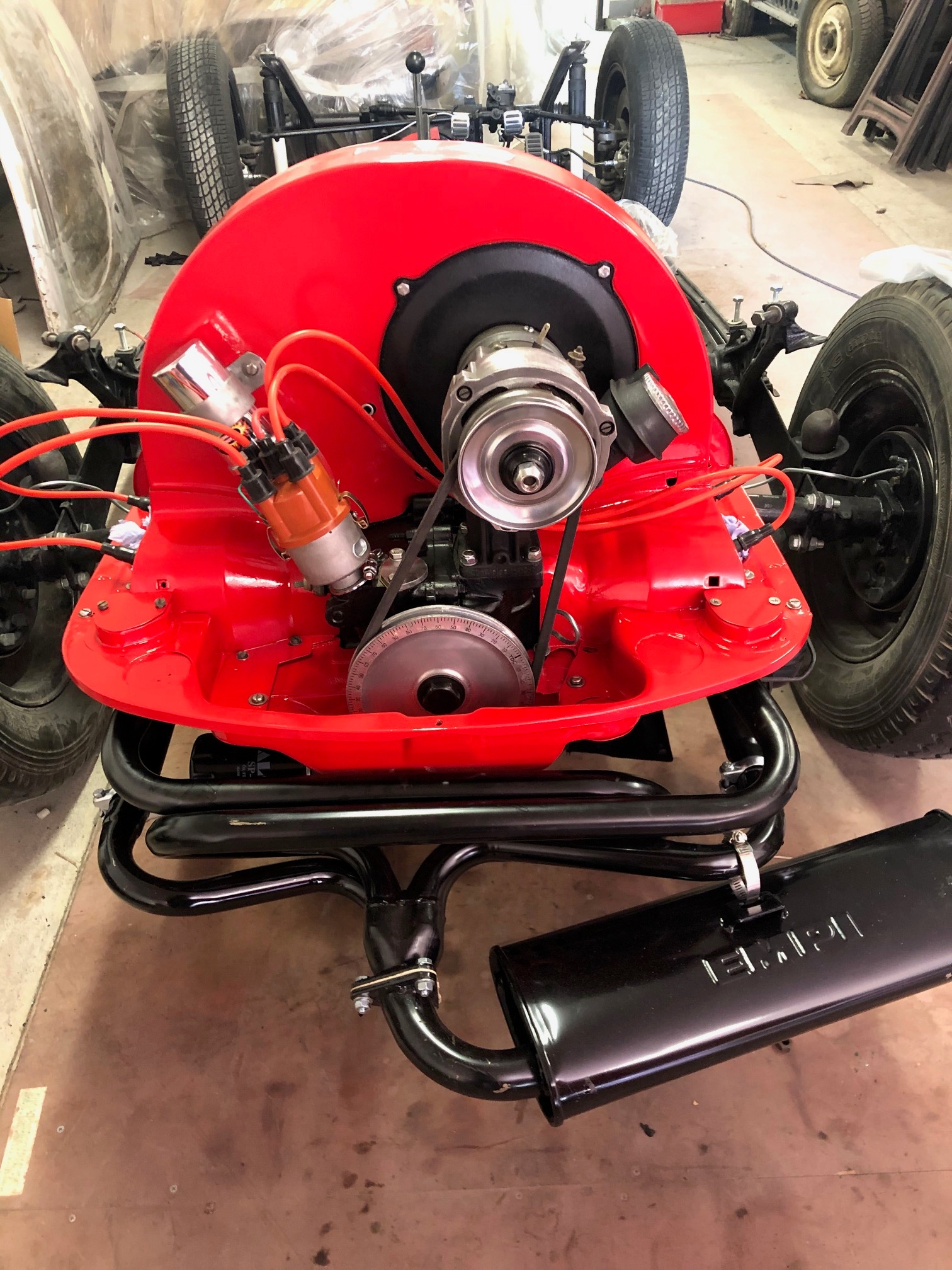 Next up was the motor, the original 1200 was set aside to make way for a 1641cc, which was purchased from my tech mate Rhys, he built it for his bug but I think he felt sorry for me.

It got installed and stripped for colour coding straight away along with a single quiet pack. Now the body could go back on with along with the set of empi 8’s. Two weeks rewiring under the bonnet killed my back but everything now worked safely. 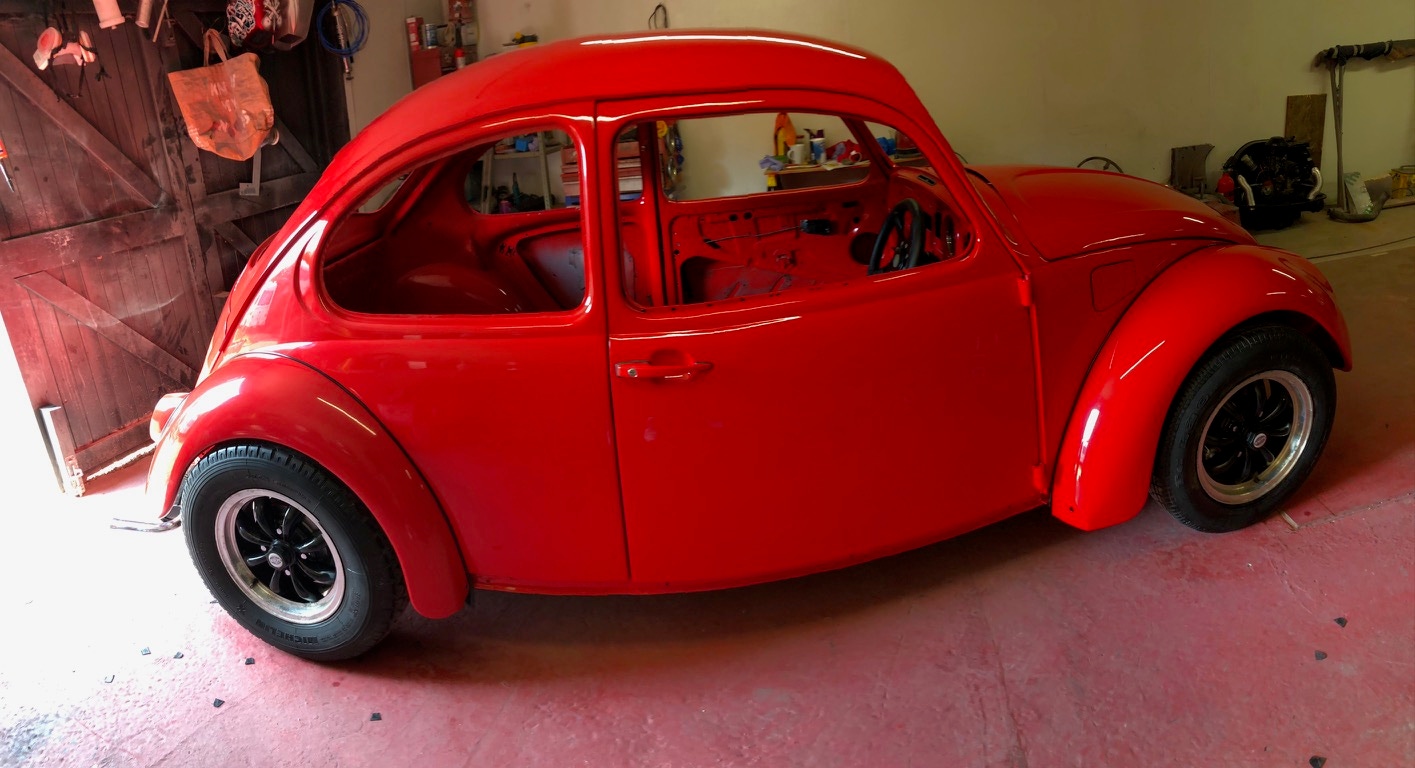 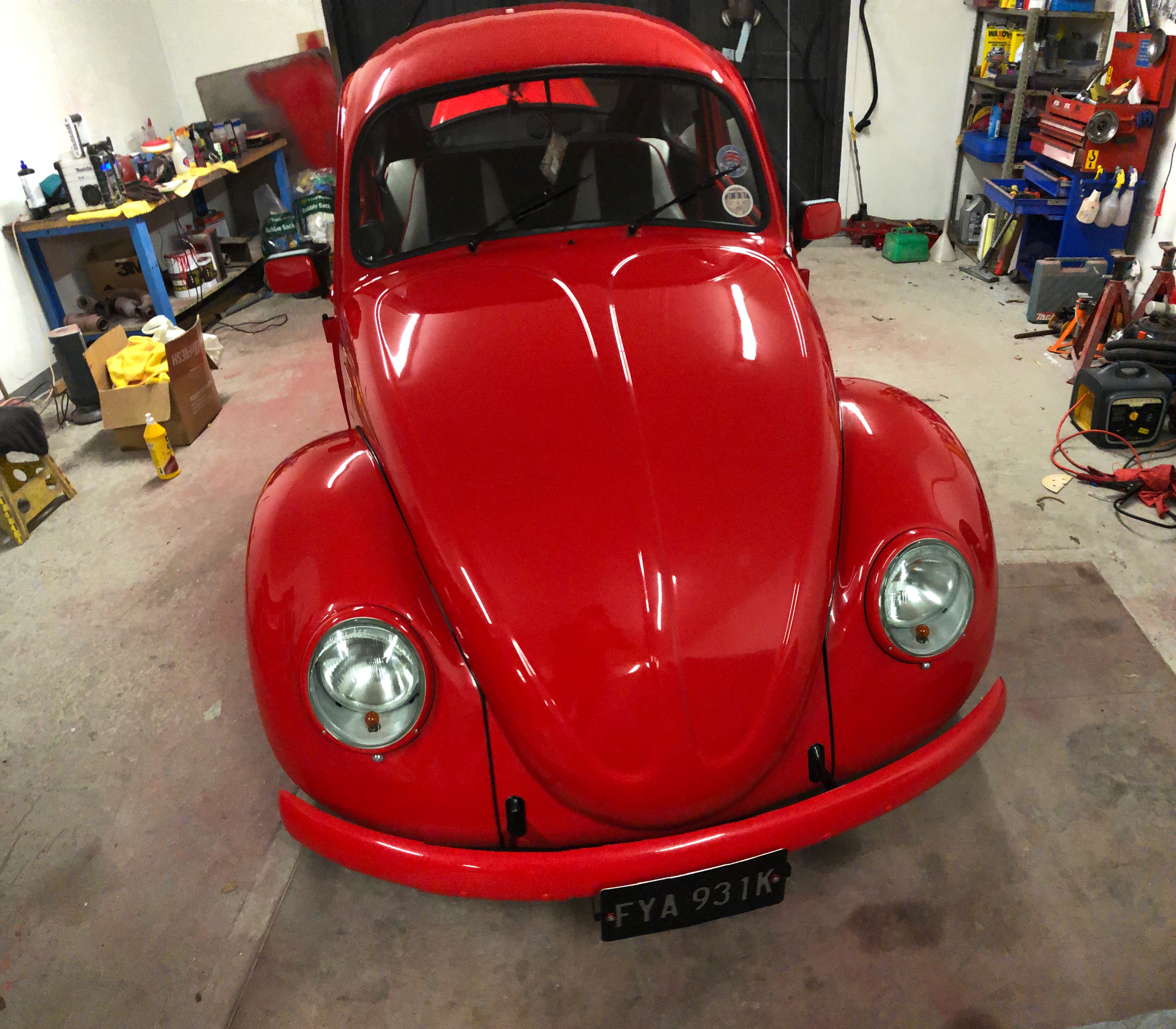 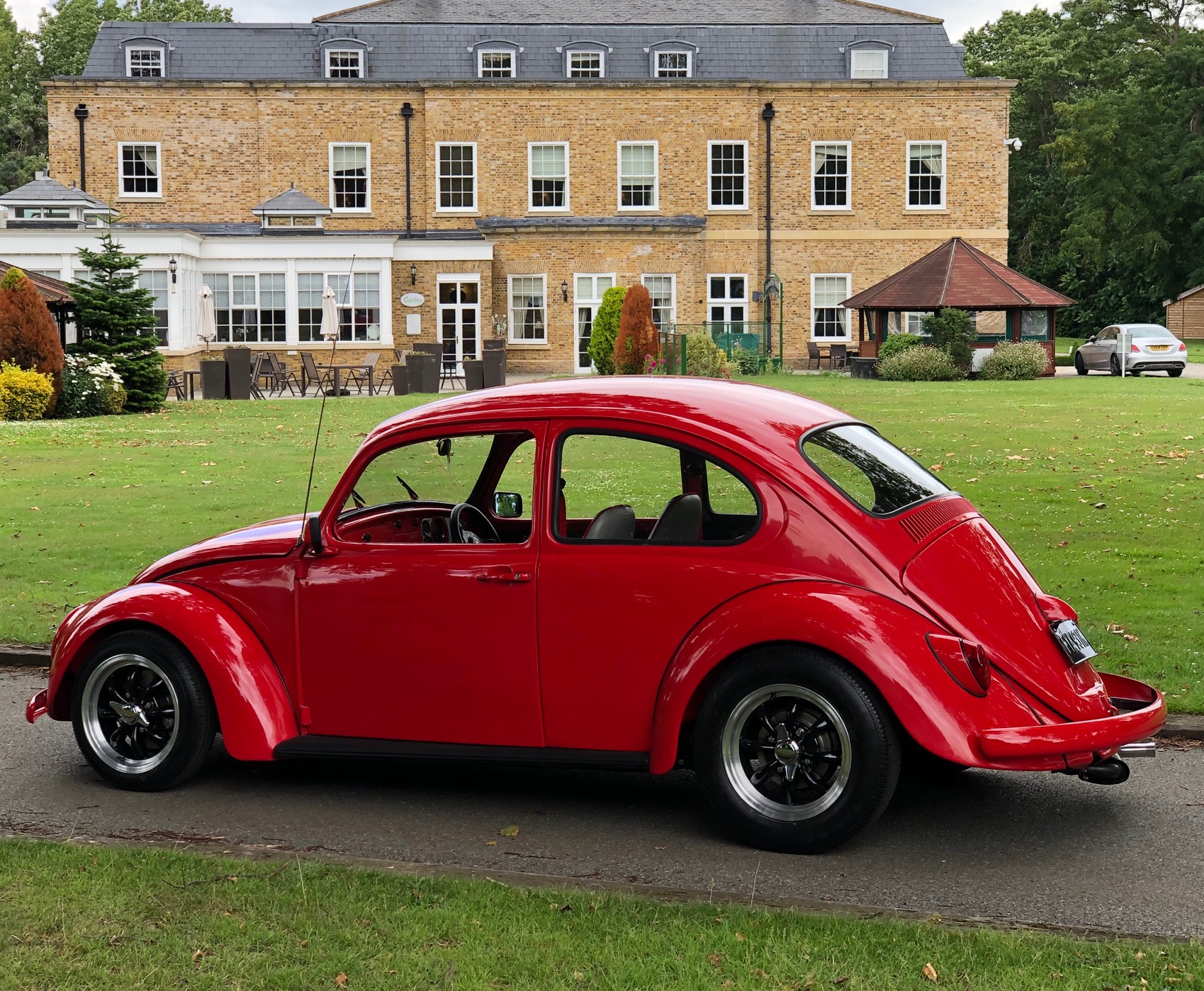 And then it was all the build-up parts, one-piece windows, handles, headliner, lights, interior and so on, all the enjoyable stuff. The journey took me almost a yr, on my own, after work on cold damp winter evenings, weekends and during lockdown, but I’m glad I did it.

It took 32 yrs, but I got there in the end. I’d most like to thank Shelly, my missus, for getting me the car back, and putting up with me spending money on a 50 yr old car, oh and for washing my overalls, cheers!